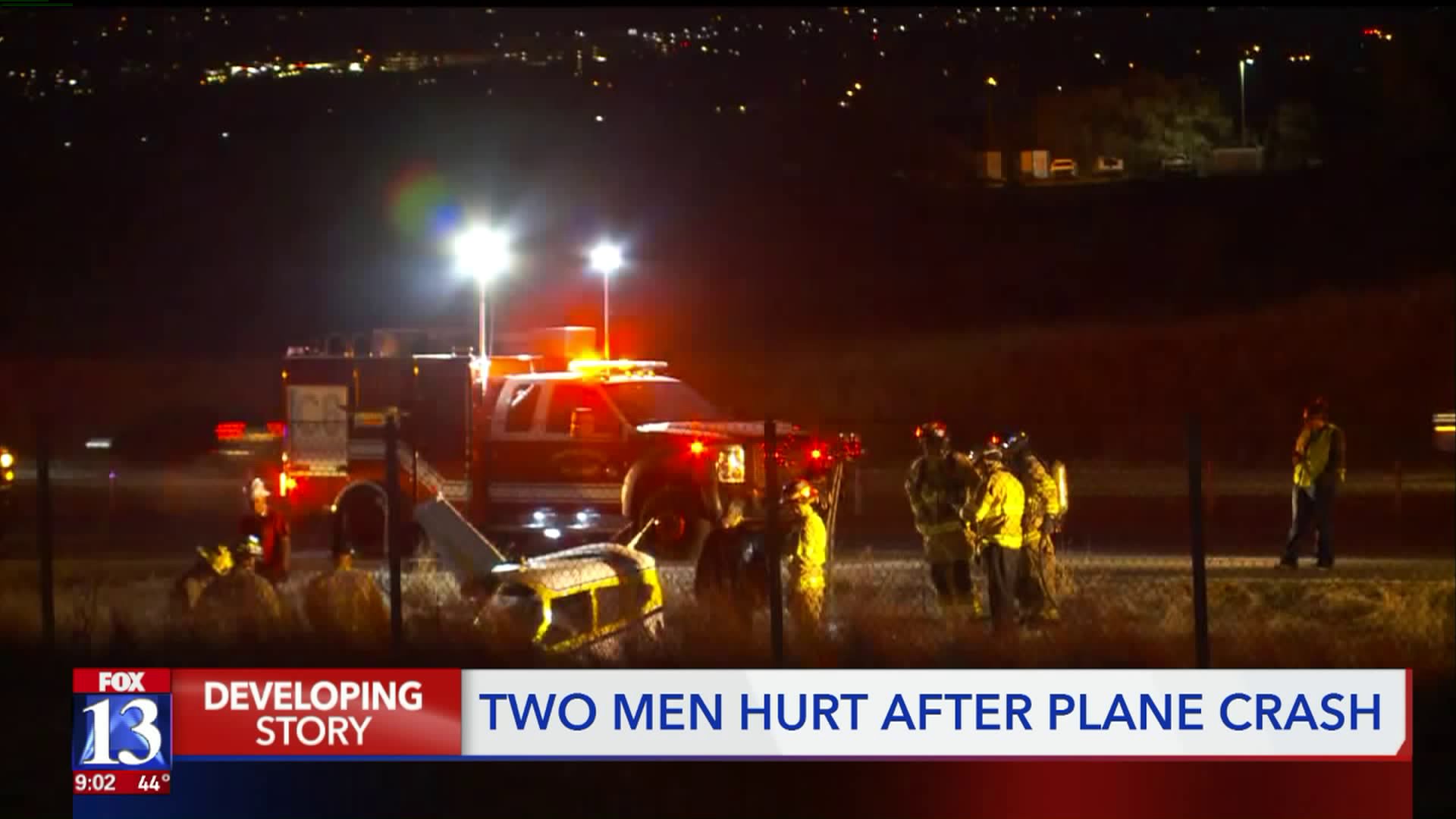 Several Utahns were in the right place at the right time to help the occupants of a crashed plane on Sunday. 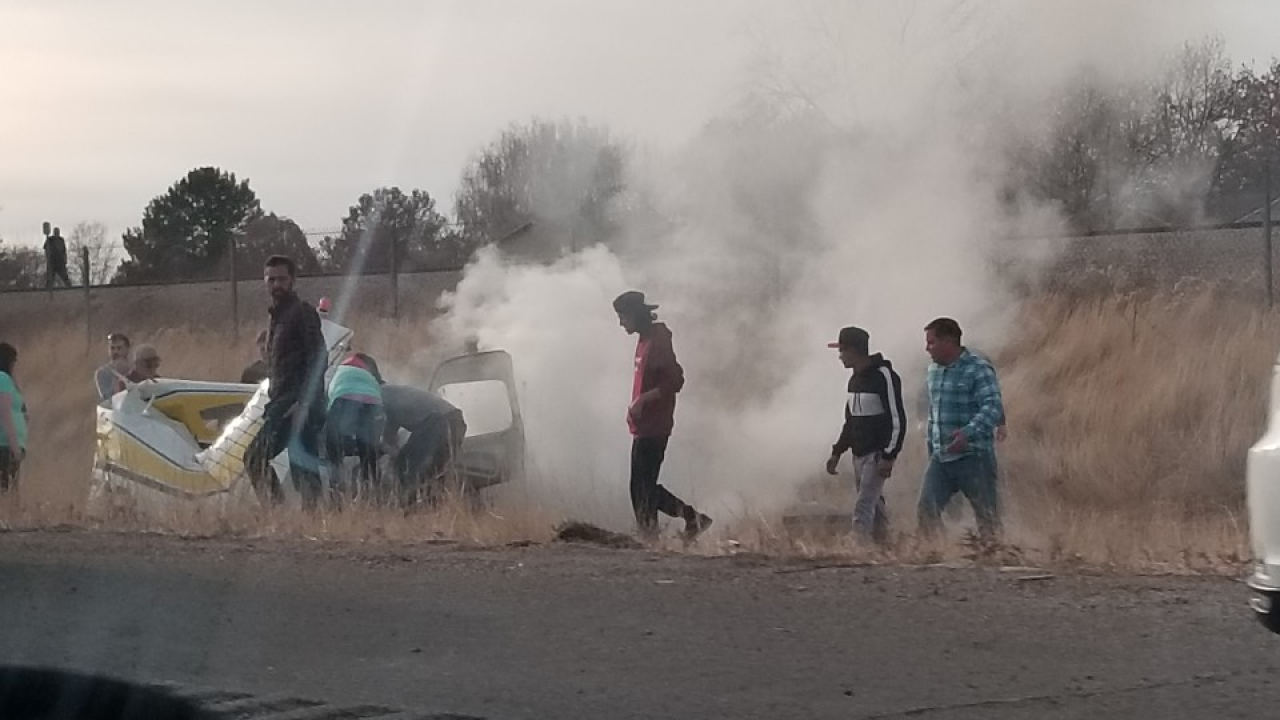 ROY, Utah — A Roy resident was one of the first on the scene after a plane came crashing down on the shoulder of Interstate 15 Sunday, sending two men to the hospital in critical condition.

“I was in the kitchen preparing dinner, heard an infamous noise that I’ve heard before,” said Scott Miller as he stood near his home off of Airport Road and 4500 South in Roy.

Sunday afternoon ended up being a case of being in the right place at the right time for Miller.

“It’s not a noise that you ever get out of your head,” he said. “It was definitely a plane crash.”

Miller was one of the first on the scene after a single-engine plane was unable to gain altitude, came crashing down through a billboard and onto the shoulder of Southbound I-15 near his home.

“I just immediately ran and hopped the fence, my wife came running over with some fire extinguishers,” Miller said.

“They were both alive, so I just attended to the pilot in the left seat and another gentleman was attending to the passenger on the right seat,” he explained.

Miller is not only a pilot, but a Search and Rescue volunteer.

“I was just glad I was there to help and get these guys settled down and help out the way I could before proper EMS was there,” Miller said.

Roy Police Department said the plane had recently departed from Ogden-Hinckley Airport, and the aircraft and two passengers were part of a flight school.

“One of the occupants was an instructor and the other was a student,” said Officer Stuart Hackworth with Roy Police.

This plane, in particular, tail number N3206r, has been in the news before. In May 2018, the same aircraft had to make an emergency landing on the highway. At the time, UHP reported that a flight student had been conducting touch and go exercises with an instructor when the aircraft lost power.

During that incident, the flight instructor took over and successfully landed the plane on the highway. The plane hit a car, but no one was injured.

This time around the 50-year-old plane didn’t make it out, but police said the pilot and passenger will.

Police said both men were taken to the hospital in critical condition. The pilot was flown to Ogden Hospital, the passenger was taken to McKay-Dee Hospital by ambulance. Both are expected to survive.

“Thank goodness this is something they’re going to be eventually able to walk away from and they’re here, that’s the important part,” Miller said.

The crash shut down Southbound I-15 for hours Sunday afternoon while first responders and the FAA conducted a more thorough investigation.

The highway was reopened around 6:30 p.m. The cause of the crash is not yet known.

Fox 13 reached out to the flight school that owned the plane during the 2018 incident, they have yet to respond to our requests for comment.