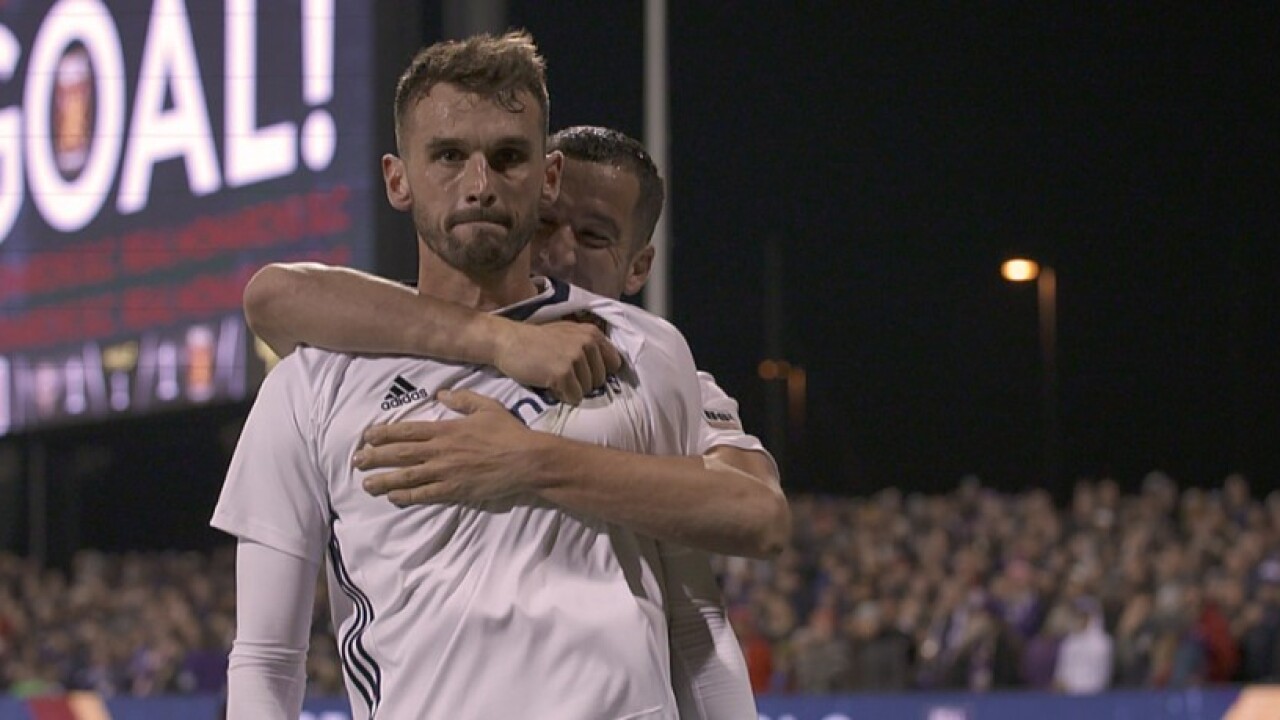 A third consecutive comeback win in the USL Championship Playoffs, put the Monarchs on top against the two-time defending champions, Louisville City FC, 3-1 in front of a sold-out crowd of 7,025 at Lynn Stadium on the University of Louisville campus.

Louisville City scored early, but Erik Holt, Konrad Plewa and Noah Powder each scored while goalkeeper David Ochoa made six saves as the Monarchs won their second trophy – after winning the USL Regular Season Shield in 2017 – and first league championship.

Louisville came out the aggressor in the first half and was rewarded with a sixth-minute goal from Magnus Rasmussen. Trailing 1-0, the Monarchs withstood pressure through much of the remainder of the half, but sprung back for a 25th minute equalizer from Holt before Plewa staked the Monarchs to a 2-1 lead in the 45th minute. Louisville held nearly 65% of the first-half possession and outshot the Monarchs 6-5, but the Monarchs finished the half with five unanswered shots from the 25th minute on.

In the second half, the game was end to end as Louisville looked to equalize and the Monarchs worked to extend the lead. With shots firing in both directions, the Monarchs found the back of the net when Powder sent in a shot from the right side to claim the 3-1 lead in the 66th minute. Both teams had chances to add to the scoreboard over the final 24 minutes, but Ochoa came up big to keep the two-goal advantage as the Monarchs sealed victory and the USL Championship title.