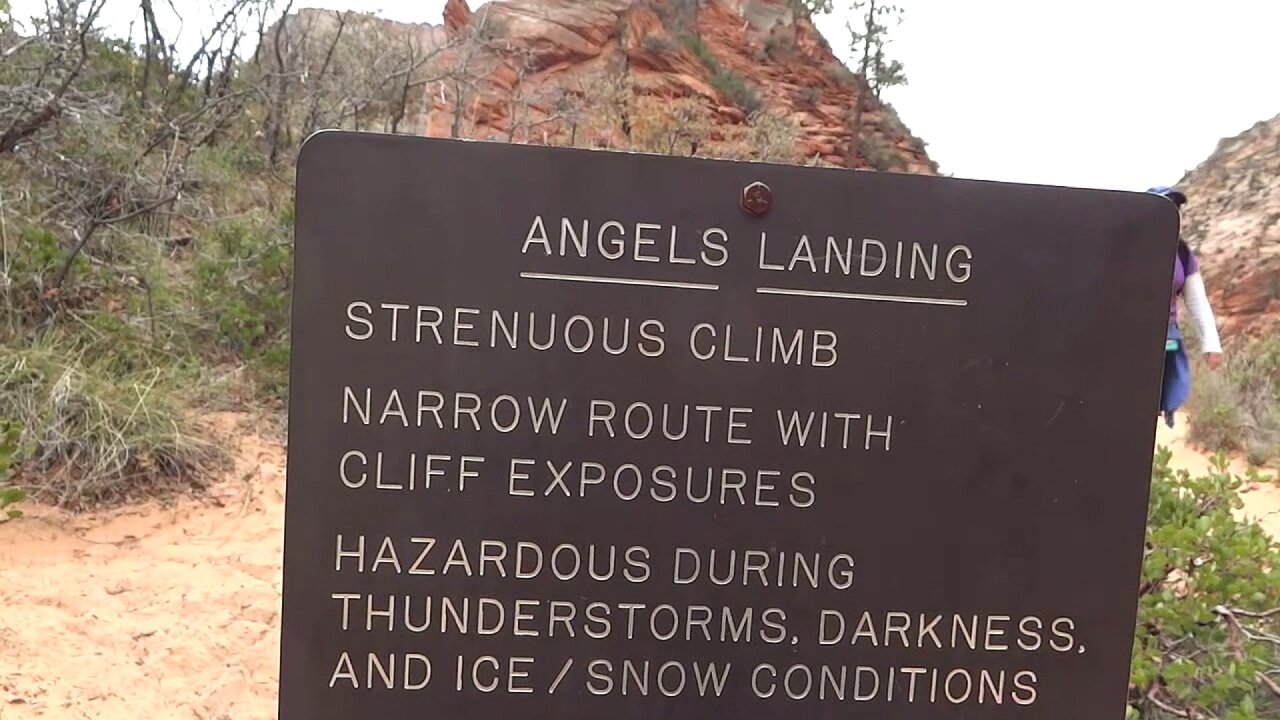 The closure is between Scout Lookout and Angels Landing. Park officials tweeted that the West Rim Trail is open, but hikers may not go beyond Scout Lookout.

The largest rock found was about the size of a refrigerator, according to Aly Baltrus, spokeswoman for Zion National Park. The trail crew will begin working on clearing the trail Monday, with a goal of reopening by the end of the week, weather permitting.

The Angels Landing Trail is closed today, Nov. 17 2019. A small rockfall occurred on the chained section. Our trail crew is evaluating the conditions today.

The West Rim Trail is open, but you may not go beyond Scout Lookout toward Angels Landing.

The trail is approximately five miles long and takes anywhere from four to five hours to complete.  It is known for its steep climb, switchbacks, and drop-offs.