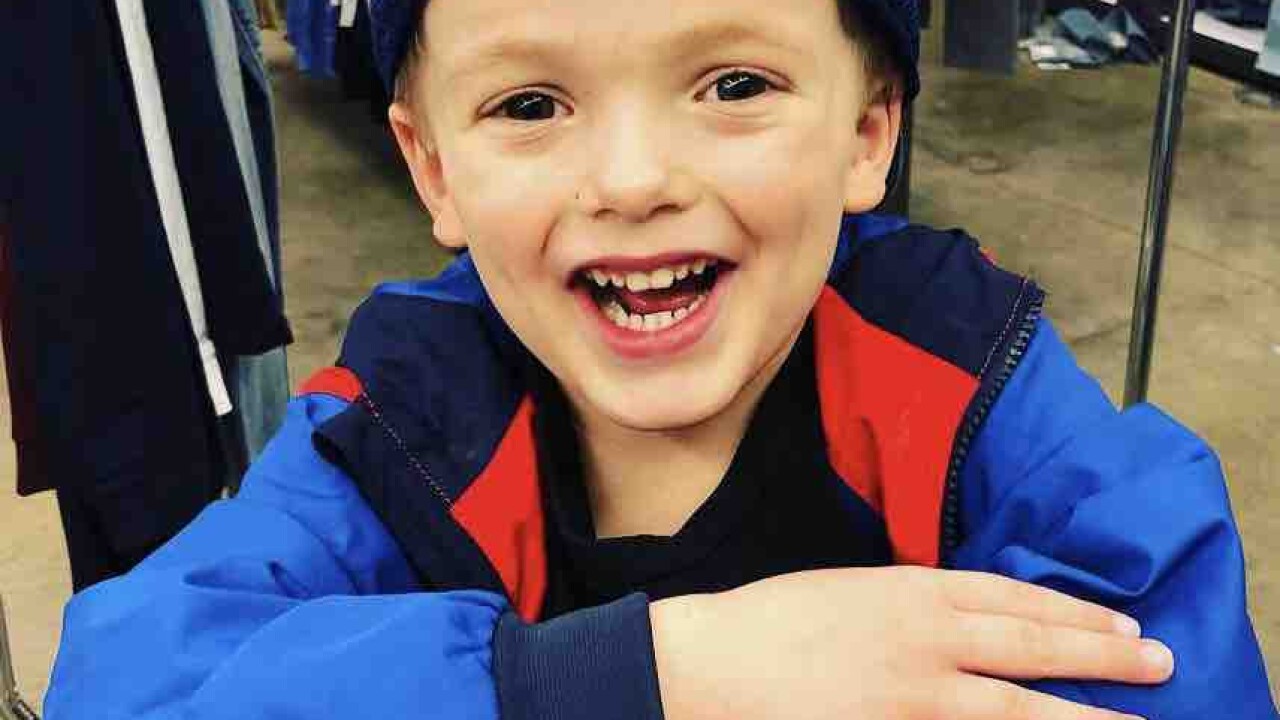 SALT LAKE CITY — A 4-year old boy died Saturday morning after Salt Lake City Police said he and his mother were hit by an SUV and then run over in a crosswalk at 900 West and California Avenue.

The mother was sent to the hospital with non-life threatening injuries.

The driver, identified through court documents as 56-year old Carl Wayne Johnson, is now in jail on charges including automobile homicide and DUI.

Lt. Brett Olsen with Salt Lake City Police said the mom and son were walking across the street with the boy's bike just before 11 a.m. when the SUV ran into them and drove over both of them.

Officers were later seen walking Johnson in handcuffs away from the scene, and into a police car.

.@slcpd says they're investigating this man for DUI, after an auto-pedestrian accident that killed a 5-year old boy in SLC. PD says driver hit, ran over boy and his mom. Mom in hospital and expected to survive. @fox13 pic.twitter.com/MkgPUCKOjz

Neighbors out for a morning walk noticed the police tape and figured it was just another fender bender.

"This intersection is notorious for car accidents," said Luis Cardenas, who lives down the street.

Upon a closer look, bystanders could see glasses on the ground and a child's bike pinned under the SUV. Johnson sat in the police vehicle with his head down.

"That just breaks my heart, to see that it happened to a child," Cardenas said.

Family later identified the young boy as Holden Curtis, saying he was just two months shy of turning 5. A GoFundMe has been set up for the victims' family and can be found here.

Lines painted by investigators on the road showed the SUV was possibly turning left before it hit the mother and son. Officers spent hours carefully documenting the scene.

"We have members of the accident reconstruction team, that is comprised of multiple agencies," Lt. Olsen said. "They are here on scene, they're investigating it thoroughly."

5-year old boy has died, driver being investigated for DUI after @slcpd said this SUV hit the boy and his mom at a crosswalk on 900 W and California Ave, then ran them over. Mom in hospital with non-life threatening injuries. @FOC pic.twitter.com/dKT2nXqveA

As the team did their investigation, people gathered on all sides of the intersection to watch.

"Senseless," Cardenas said, shaking his head as he looked at the bike underneath the SUV.

Nearby, the boy's family huddled in a circle and appeared to bow their heads in prayer.

"My heart goes out to this family," Cardenas said.

Officers booked Johnson into the Salt Lake County Jail on charges of automobile homicide, driving under the influence with serious bodily injury by negligent operation, along with multiple traffic offenses. Police say he was driving an SUV with improper registration and without insurance.

Police originally said the boy was 5 years old, however we've updated the article based on information from the family.