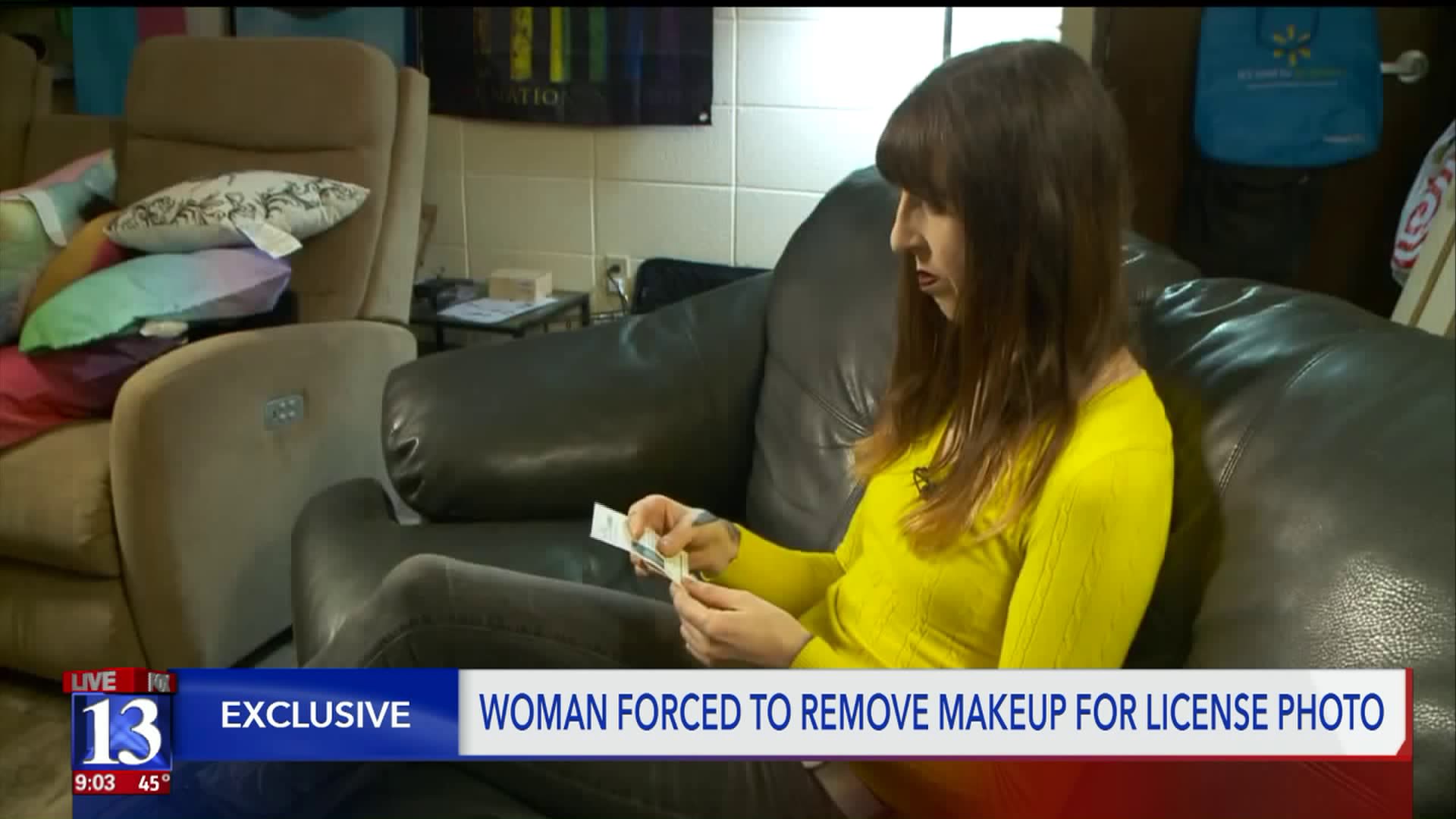 A transgender woman in Salt Lake City said she was publicly humiliated this week when a state employee told her to remove her makeup before taking a driver's license photo. 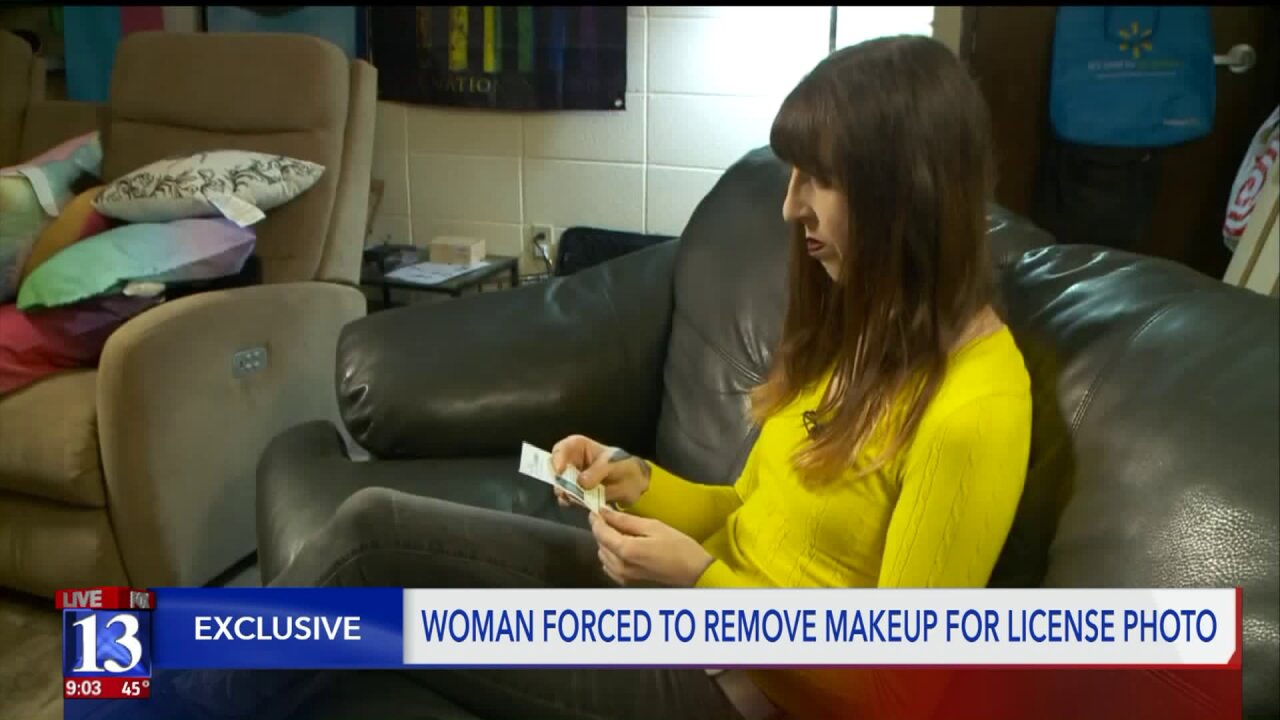 SALT LAKE CITY — A transgender woman in Salt Lake City said she was publicly humiliated this week when a state employee told her to remove her makeup before taking a driver's license photo. The woman described how a supervisor told the woman she couldn’t wear makeup, citing state policy.

However the State of Utah is now responding, and apologizing for what they explained was a supervisor acting outside of protocol.

On Friday evening, Jaydee Dolinar looked through a microscope at dirt samples collected from an archaeological dig site.

“Examining these for seeds,” she said, her eyes peering into the lenses. She moved the dirt around, looking for ancient seeds that could provide clues to what life was like hundreds to thousands of years ago.

It’s what she does when she’s not teaching geography at the University of Utah. The U of U PHD student studies how climate affected the lives of prehistoric people in Utah and Wyoming.

After observing the sediments, she inputs data into an elaborate spreadsheet.

Some people might find that kind of work tedious, but not Jaydee.

“Yep,” she said, with a laugh. “It's enjoyable. I enjoy it.” Jaydee knows a lot about looking through a microscope.

She also knows a lot about being put under one.

“Just being a member of the trans community, I'm used to discrimination on a daily basis unfortunately,” she said.

She’s particularly troubled by an incident on Wednesday, when Jaydee said she went to the Fairpark Driver License Office to replace her license.

At first, Jaydee recounted, everything was normal. The staff took her picture and made sure she correctly filled out the paperwork.

The employee disappeared, and she said a hostile supervisor came out about 10 minutes later to announce that Jaydee would need to remove her makeup because of the gender listed on her license.

“Because my appearance didn't match my gender, it wouldn't be able to be picked up by face recognition software,” Jaydee said, of what the supervisor told her.

She explained that the supervisor cited state policy in her reasoning. When Jaydee asked what the policy stated, she said the woman shrugged her shoulders and told Jaydee they can't "have confusion in the system."

Jaydee asked the supervisor what she should do.

She did this in the middle of the driver license office, Jaydee said, as everyone watched.

Jaydee relayed the humiliation she felt, and said she began to cry as the hand sanitizer stung her eyes and face. The makeup didn't come off so well with the hand sanitizer, and she described how it was smeared across her face.

“That made me feel like I shouldn't be a part of this community,” she said.

Chris Caras, Director of the Utah Department of Public Safety Driver License Division, explained that they learned about the complaint the next day.

DPS said there was a miscommunication with the supervisor over a policy that prohibits ‘extreme makeup.’

Caras clarified that the policy is meant for makeup that is extreme in nature, or a material change that would alter a person’s appearance in a way that could complicate a photo ID from previous photos, or to facilitate some type of fraud.

“We would definitely never support disrespecting any individual in our offices,” he said.

In 2015, Caras said, the Driver License Division worked with the organization Transgender Education Advocates (TEA) of Utah to develop a training video on understanding sensitivity and being respectful in these circumstances.

DPS stated that additional training would take place in partnership with TEA of Utah.

“We obviously would not want anything like this to happen in one of our offices ever again,” Caras said.

The American Civil Liberties Union responded to the incident, questioning if the extreme makeup policy needed to be corrected.

ACLU board chair and lawyer Danielle Hawkes said the policy should be helpful to the state in preventing fraud, not used to hurt a community member.

“We have a transgender person who wears makeup on a daily basis, and the policy was used as a sword against her to humiliate her in public,” Hawkes said. “It’s just awful.”

She said they will continue to work with TEA of Utah on more training at the Driver License Division.

The Driver License Division later said they reached out to Jaydee and plan to send Jaydee a license of the original photo taken of her with makeup, though Jaydee said she hasn’t received any communication from them yet.

Jaydee said she feels the state’s apology is disingenuous, at best.

She is now using her temporary license, which features the photo of lipstick residue around her mouth and cheeks.

Jaydee sat in her living room, looking down at the license and shaking her head.

It’s a reminder of something she’d rather not look at, or have others deal with.

“I don't want anybody to have to experience this,” she said. “It's terrible. It’s like, just have some humanity.”