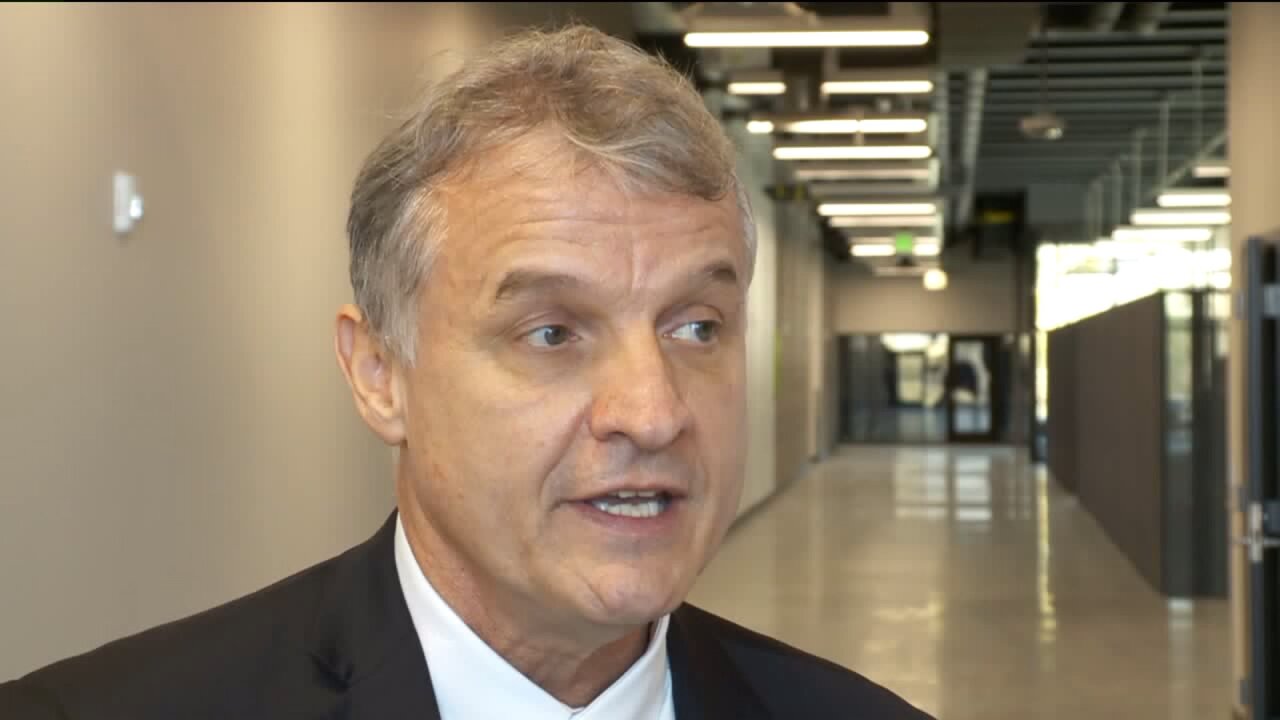 Matthew Minkevitch speaks to FOX 13 in an interview about homelessness on November 5.

SALT LAKE CITY — The Road Home, a non-profit organization that operates two homeless resource centers in the Salt Lake City area, has terminated executive director Matthew Minkevitch, who was arrested last week on suspicion of domestic violence in the presence of a child.

“As part of The Road Home’s employee confidentiality and privacy policy, it cannot discuss the details of employees’ personal matters,” a news release from The Road Home said.

According to a statement of probable cause, police responded to Minkevitch’s home on November 7 after receiving a complaint about a domestic dispute.

Minkevitch told police he and his wife argued about his commitment to his job, and that he had thrown objects and flipped the kitchen table.

“Matthew was yelling at [his wife], but he never threw anything at [her] or in her direction. Matthew moved to a different room and grabbed other items in the family room, such as two lamps, a decorative tree and other decorations in the home, and began banging them onto a table in the family room, breaking each item as he did so,” the statement said.

Minkevitch faces one count of criminal mischief and three counts of commission of domestic violence in the presence of a child in connection with the incident.

Michelle Flynn, associate director of programs, will take over Minkevitch’s responsibilities and has been appointed the organization’s interim executive director, the news release from The Road Home said.