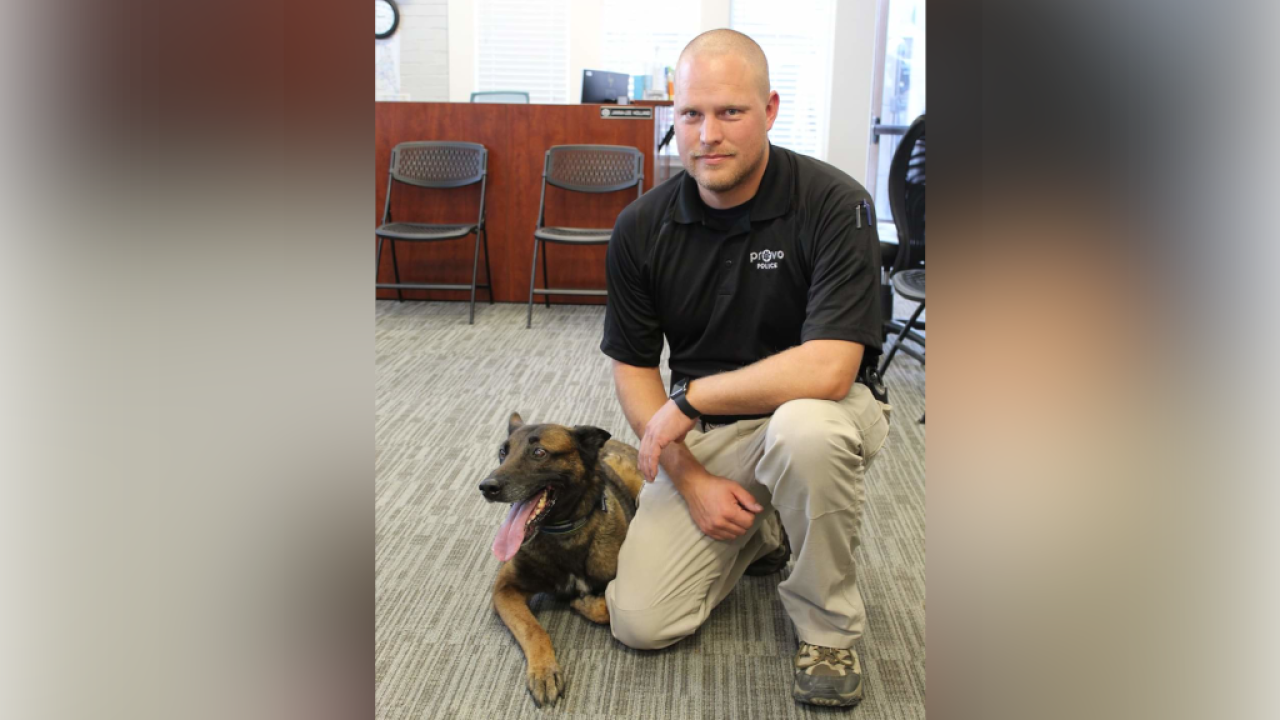 Officer Trigger has been partnered with Officer Brough for 5 years and in those years, the two have been involved in nearly 100 presentations to schools across Provo.

In his career, Trigger has been deployed over 400 times for drug sniffs, with over 200 successful finds.

In a tweet, Provo Police Department thanked Trigger for his service to the city.

Overall, Trigger has been a true asset to our department and his K-9 lean will be missed!