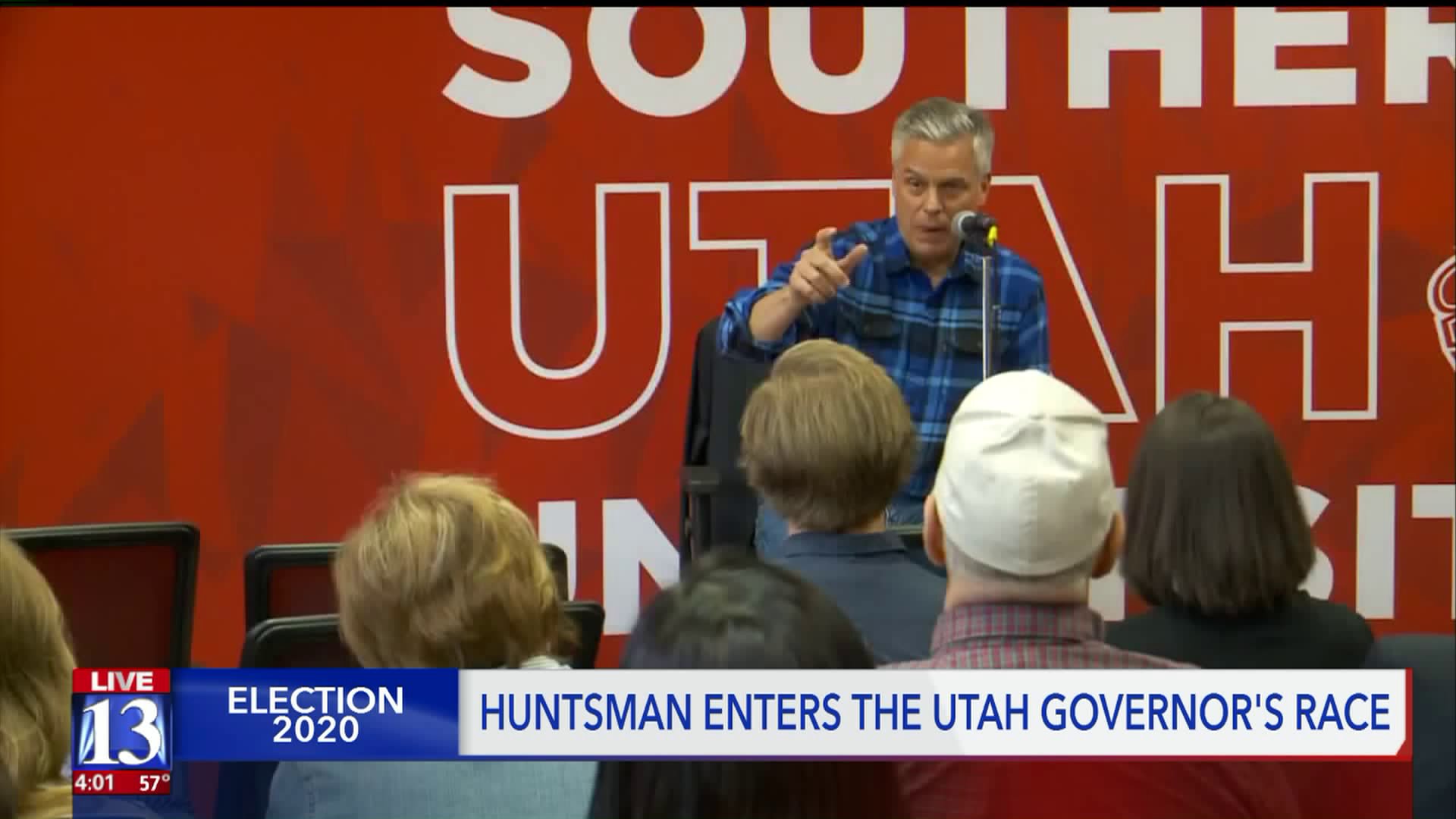 Huntsman is hoping to serve as Utah`s Governor once more 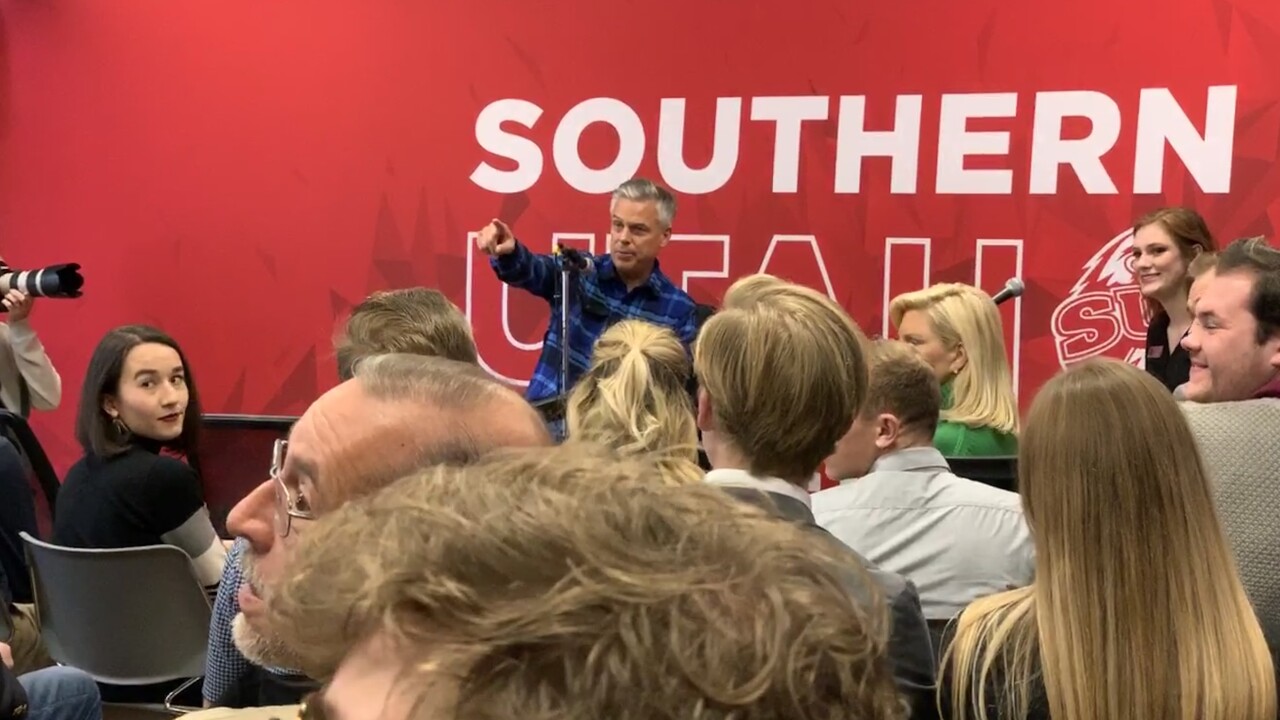 Appearing before a crowd at Southern Utah University's Leavitt Center for Politics and Public Service, Huntsman detailed his policy positions and why he chose to seek his old office after a decade away.

"I’m not a politician and forgive me for that. I’m not a good politician," he said. "I’m a public servant. Which is different."

Taking audience questions, Huntsman said he viewed growth as the top issue for the 2020 campaign. He spoke at length about Russia and China and election meddling, education funding, homelessness and the inland port.

"I hope that I’ve got enough experience, enough time in the trenches, enough sense of where the country has gone and the world has gone to have some answers," he told reporters afterward.

Huntsman does face some criticism for his desire to be re-elected to a post he resigned from in 2009 to become U.S. Ambassador to China. He also ran briefly for President of the United States in 2012, and most recently resigned after serving as U.S. Ambassador to Russia.

Asked if he would quit again if offered Secretary of State, Huntsman told reporters: "The answer is 'nyet.' No. I’ve done my federal service thank you very much," he said.

Huntsman vowed to serve a full-term, if elected. He also insisted he was seeking the Republican nomination and would gather signatures to secure a spot on the ballot in a primary. Huntsman also told FOX 13 he did not intend to self-fund his campaign.

Governor Gary Herbert, who was Huntsman's lieutenant governor and succeeded him in office when Huntsman resigned to go to China, told FOX 13 through a spokeswoman he intended to support his own Lt. Governor, Spencer Cox.

Huntsman's event at SUU was a sign of rural Utah's increasing power in deciding elections. Winder Newton and Burningham were also campaigning in St. George.

"Southern Utah is growing," said Mary Weaver Bennett, the Leavitt Center's director. "Our economic relevance is growing, our voter base is growing and I think politicians are beginning to realize it’s an important part of the state."