Utah doctors can recommend medical cannabis, but patients struggle to find those willing to 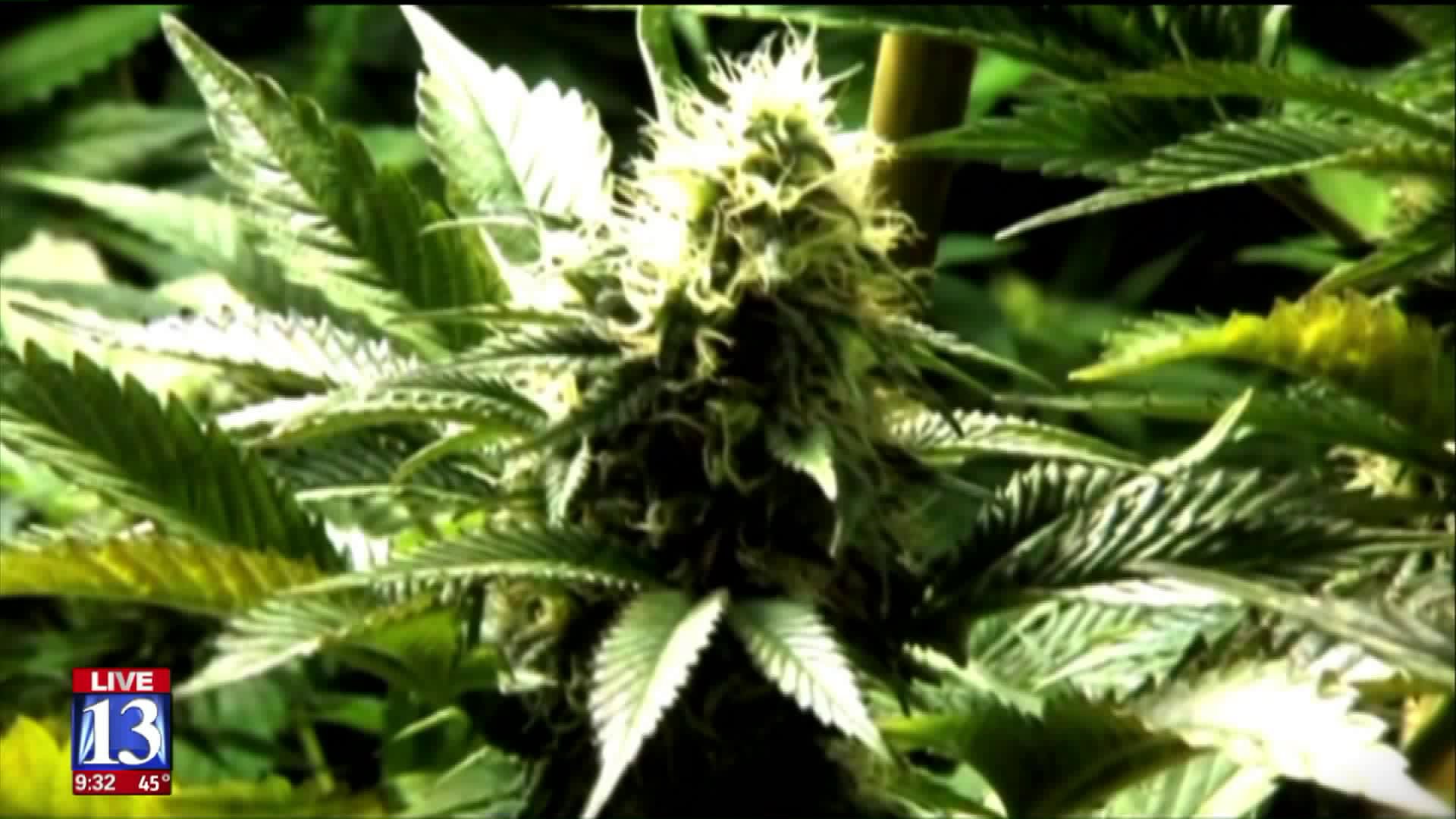 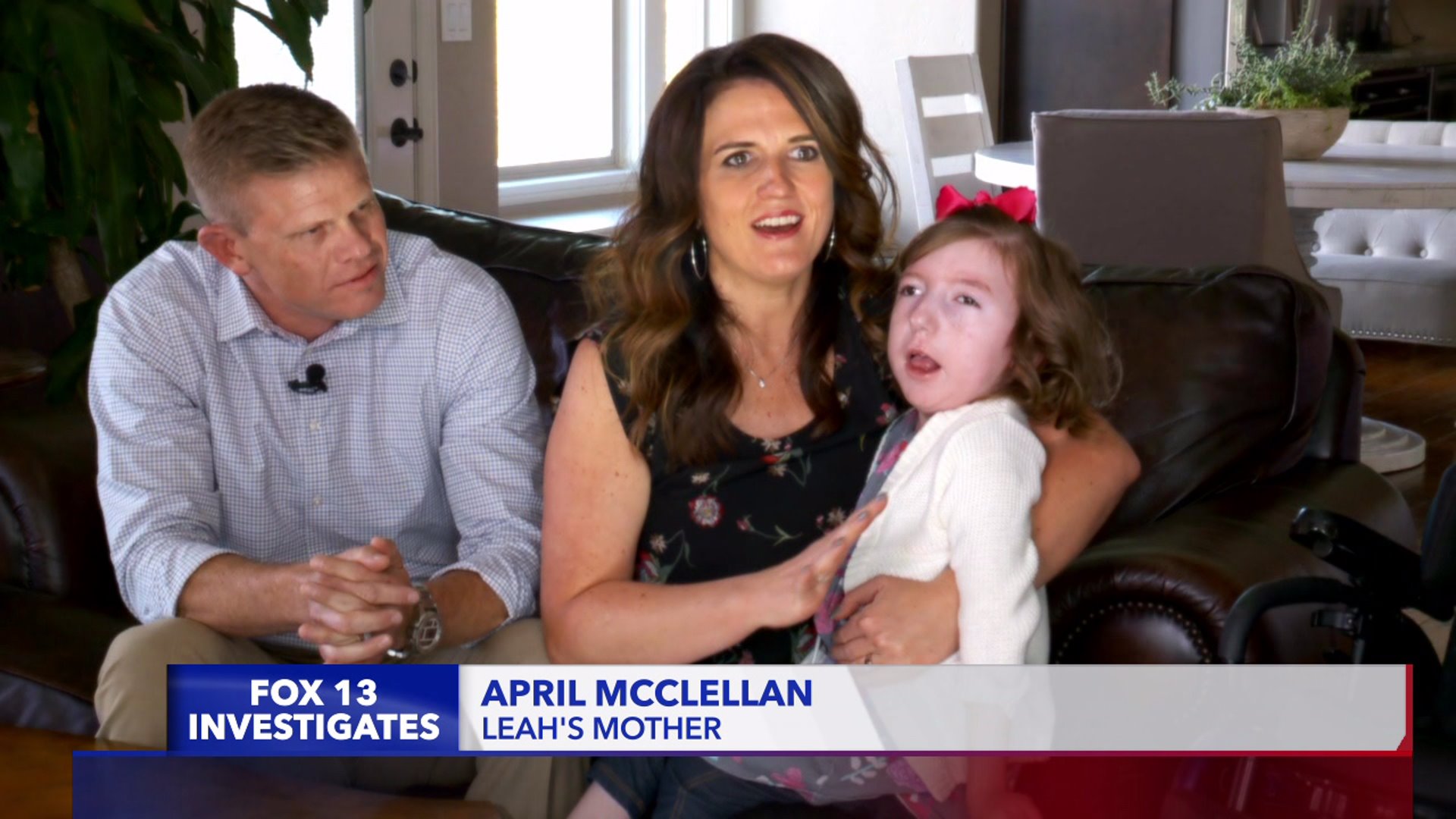 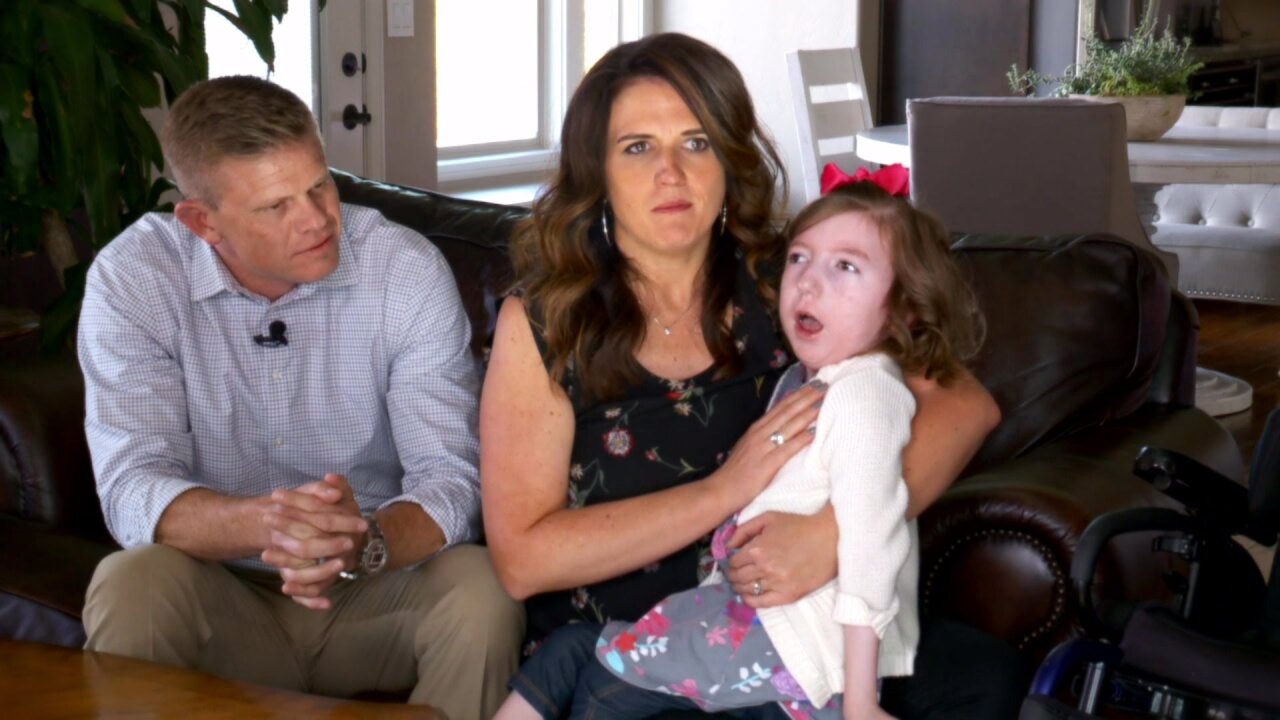 The 8-year-old girl is diagnosed with a rare condition called SCN8A.

"Bottom line? It’s a complicated neurological disorder and as a result she has several failures in her body. She’s in a lot of pain often," said her father, Chad McClellan.

"As a mother watching your daughter suffering, it’s the worst thing," added her mother, April.

After years of trying different medications, her family finally turned to medical cannabis to relieve her pain and seizures.

"We love our doctors and they’re so supportive and I know they wanted it for Leah, but their hands were tied," April said.

It's been nearly a year since Utah's largest health care companies announced they would allow physicians to begin recommending medical cannabis to qualifying patients. However, FOX 13 has found, many of those patients say they are struggling to find a physician willing to go there. Health care company representatives say it will take time to educate doctors about the new substance.

How many recommendations have been issued?

FOX 13 asked each of the major health care companies how many recommendations for medical cannabis they have made.

University of Utah Health Care, which also covers the Huntsman Cancer Institute, said it had issued 230 through September.

Intermountain Healthcare said 125 of its physicians had issued just over 500 recommendation letters.

MountainStar Medical Group would only say its physicians certify that a patient is "qualified" but would not answer whether actual recommendations are issued.

Desiree Hennessy, the director of the Utah Patients Coalition (which sponsored Proposition 2 that legalized medical marijuana in Utah), said there are thousands of patients actively seeking medical cannabis recommendations.

"It has been really frustrating to me because the whole point to me was to stop patient suffering, and they’re continuing it," she said.

Under Utah law, qualifying patients need what's called an "affirmative defense" letter in order to help avoid prosecution for marijuana possession. It acts as a sort-of "get out of jail free" card that a patient can show if stopped with select types of marijuana product. They take it to court and, theoretically, prosecutors or a judge would dismiss the charges (medical cannabis advocates say it doesn't always work).

Until Utah gets its medical cannabis dispensary program up and running, how qualifying patients obtain that marijuana is on them. Some cross state lines to recreational cannabis states like Nevada and Colorado. Others go to a drug dealer on the black market.

The McClellans said they tried for months to get a letter for Leah.

"They just kept apologizing. 'We’re trying, we’re trying. We’re so sorry.' I told my husband, 'We’ve got to move on,'" said April.

They finally found another neurologist who was willing to give Leah a letter -- outside her regular doctors.

The McClellans aren't the only ones FOX 13 has encountered with this problem. Krista Bowers has been diagnosed with Complex Regional Pain Syndrome.

"I even qualify under the legislature’s watered down cannabis bill," she said. "Definitely under the first one the voters passed!"

Bowers said she has gone to numerous doctors to seek a recommendation to use medical cannabis as a treatment option.

"I went to IHC and the U, five different doctors all verbatim told me the exact same thing. 'We don’t know enough about it, there’s not enough research, we don’t feel comfortable recommending it,'" Bowers told FOX 13.

She has started using a CBD oil with a small amount of THC that she obtained illegally, out of state. She said it has helped her sleep and controlled her pain.

"I guess it’s technically illegal for me to do it. It helps me. I’m not going to be in pain just because of the law," Bowers said.

Hennessy said she knows of about 10 doctors who willingly recommend medical cannabis. She said she tries to help patients work with their personal physicians to get an affirmative defense letter. Looking elsewhere can get costly.

"To talk to a patient that’s already downing in medical bills and say, 'Do you have another $200?'" Hennessy said.

Why doctors may be reluctant to recommend cannabis

One physician open about his willingness to recommend cannabis is Dr. Andrew Talbott. He said some of his colleagues may be reluctant for many reasons.

Physicians are also prohibited from advertising they do recommend medical cannabis, and others do not feel existing Utah law offers sufficient protections to them from prosecution or liability, Dr. Talbott said.

"I think many physicians are afraid to come out of the cannabis closet, so to speak," he said.

Christine Stenquist, the founder of Together for Responsible Use and Cannabis Education (TRUCE), also gets calls from people seeking a physician willing to recommend cannabis. She believes the current Utah law does not offer enough protections for doctors or patients.

"We’re having a real issue in this state with how our legislation is written and a real issue with education in our medical community," she said.

"There is still confusion about what is legal. I’ve been told the law isn’t legal until 2020 and that is inaccurate," she said.

TRUCE is currently suing the state over the bill that replaced voter-approved Prop. 2 (and Dr. Talbott is a co-plaintiff).

Intermountain says 'we're committed to this'

Dr. Mark Briesacher, the chief of physicians for Intermountain Healthcare, said it is taking time for doctors to learn about cannabis and get comfortable recommending it to qualifying patients.

"There’s the passion of wanting to help people and the discipline of making sure that what we’re doing is the right thing," he told FOX 13. "There’s the balance here, and that’s what we’re experiencing."

Dr. Briesacher said the number of recommendation letters Intermountain Healthcare had issued is higher than he expected since they started allowing it. He said he understands patients who are frustrated—but he also hears from physicians who want to really understand how cannabis works for patients.

"When you hear the stories of the people who are caught in the middle, that’s what kind of pulls at the heart," he said, speaking of patient complaints. "You want to help people. We are absolutely committed to this."

"They say, 'Yeah, we’re going to recommend,' then you talk to the patients that go there and they say, 'Oh, my doctor didn’t want to or they want to wait until there’s dispensaries in Utah,'" Hennessy said.

The affirmative defense letters are also only a temporary measure. Once Utah's medical cannabis program is up and running by its scheduled start date of March 2020 -- those go away. Then, physicians will have patient caps.

Stenquist, who is critical of the replacement law, fears it will make things worse. She urged people to continue to pressure lawmakers to make changes to the medical cannabis program.

"We have a program that was set up, born in fear and designed to fail," she said. "And it will continue to fail until we get on board with what patients actually need."

Medical cannabis advocates have also noted that with a small number of physicians recommending cannabis, it's created something lawmakers didn't want: "pot doctors."

A plea for patience

Michelle McOmber, the CEO of the Utah Medical Association, said there needs to be patience.

"This is a brand new medication, as it were," she said. "This is something that hasn’t gone through the FDA process. It’s new to Utah."

McOmber said physicians are trying to get educated. Many doctors may want to know how it works with other medications or they may not feel it's right for their patient, even if it is newly available.

"Because a patient wants something, doesn’t mean it’s necessarily appropriate," McOmber said. "And that’s going to be something the patient and provider has to determine."

The McClellans said they believe health care companies could do more.

"California’s had medical marijuana for 20 years. It’s not like there’s no data about this. Patients deserve help and they’re dragging their feet as if it’s never happened in any other state or environment," Chad McClellan said.

They said Leah's quality of life has improved significantly since she began using a CBD oil with a small amount of THC. She no longer needs rescue meds and her seizures have declined.

Bowers, who was using cannabis illegally, finally got a letter after seeing six different doctors. Under the law, she is now "legal," but she is still frustrated.

"People shouldn't have to go through so much problems to get medicine," she said.

Dr. Briesacher said he encouraged qualifying patients to continue to have conversations with their physicians and involve patient advocates if they feel cannabis is an option for them.