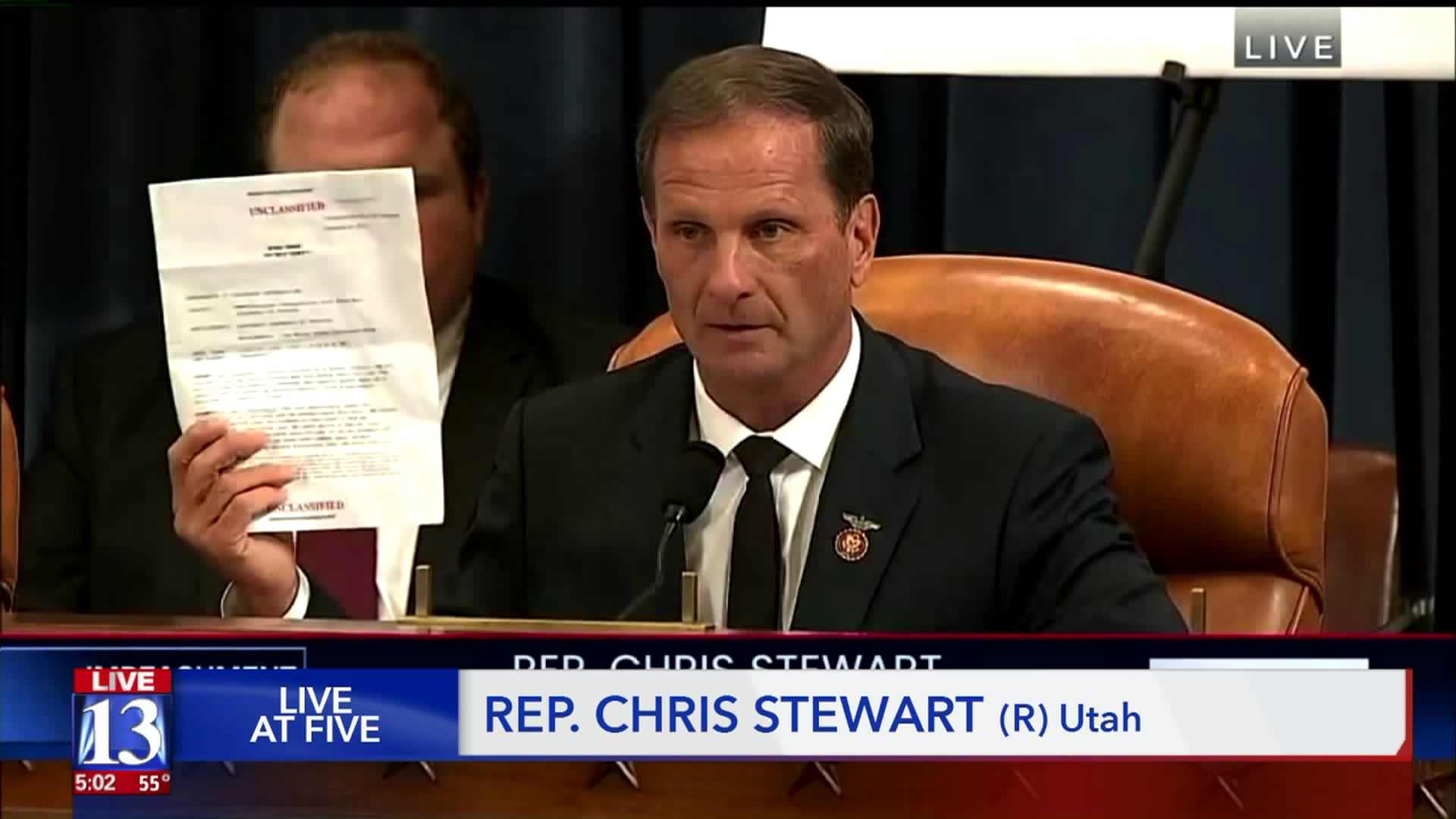 Representative Chris Stewart had a role on the biggest stage in America today, but it was a thankless one. 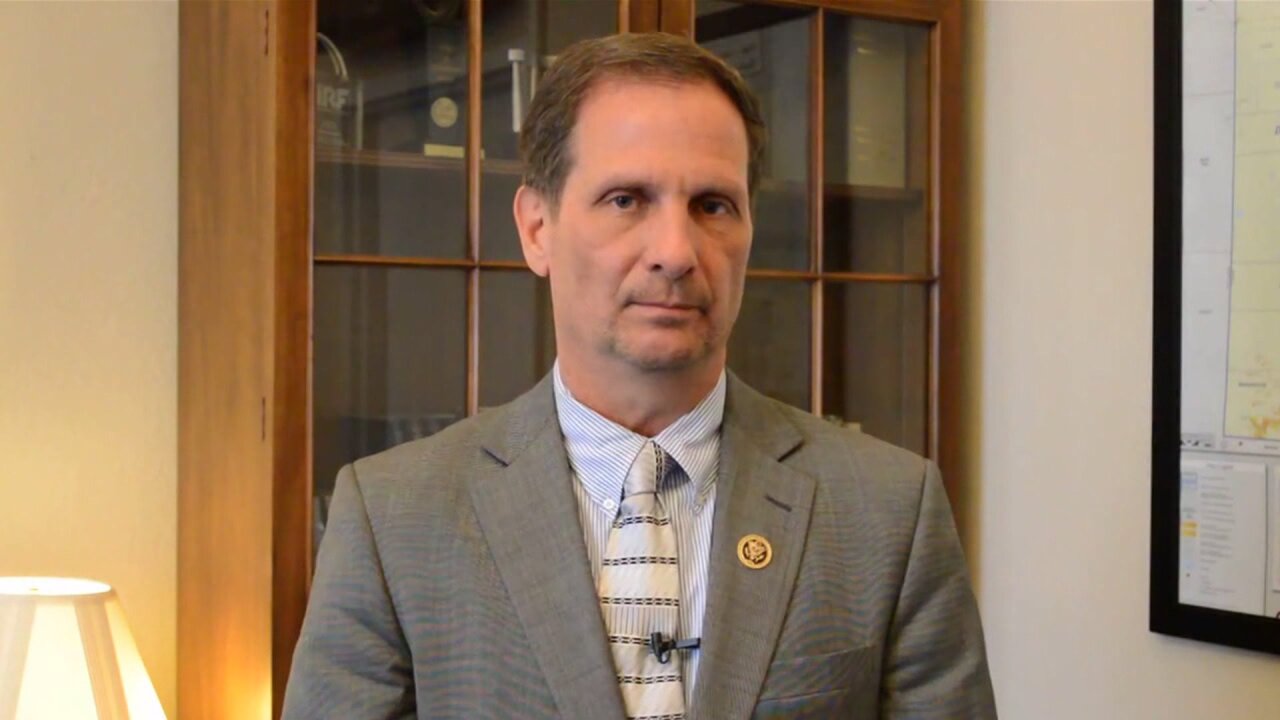 WASHINGTON — Representative Chris Stewart had a role on the biggest stage in America today, but it was a thankless one.

After opening statements that included at least one significant new fact for the case, Stewart was in a line of Intelligence Committee members with five minutes to ask questions of Acting Ambassador to Ukraine William Taylor and Deputy Assistant Secretary of State George Kent.

He used the time first to make the point that he believes the entire inquiry hinges on the phone call between President Donald Trump and Ukrainian President Volodymyr Zelensky.

“There is one sentence, one phone call. That is what this entire impeachment proceeding is based upon,” said Stewart.

The point was somewhat dissonant in a hearing that had already heard testimony about another potentially problematic call from the president, and that focused on the diplomats experience conducting formal foreign policy in an environment of intrigue because of an alleged second channel of American influence conducted by the President’s personal attorney Rudy Giuliani.

Stewart told the two foreign service veterans they were of limited value in the conversation.

Following those comments, Stewart asked about corruption, prompting an answer that seemed like an oblique shot at the Trump administration.

“There's dozens of dozens of nations around the world that are steeped in corruption. Would you agree with that?,” Stewart asked.

“Mr. Stewart, there's corruption in every country, including ours,” Taylor replied.

“Welcome to year four of the ongoing impeachment of President Trump.” - @RepChrisStewart pic.twitter.com/la6yuPF80A