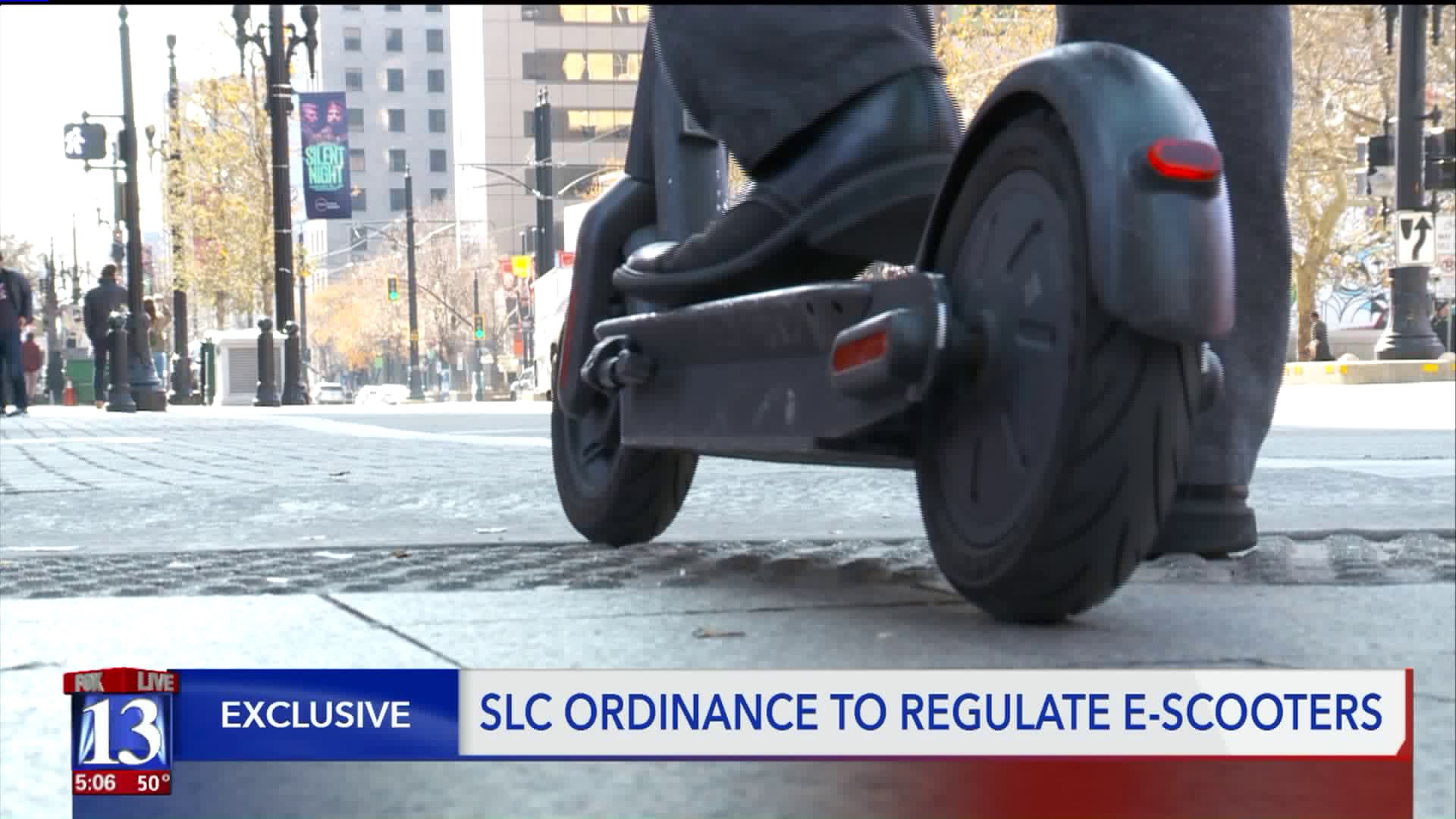 An ordinance regulating scooters within the downtown area and surrounding neighborhoods has finally been proposed. 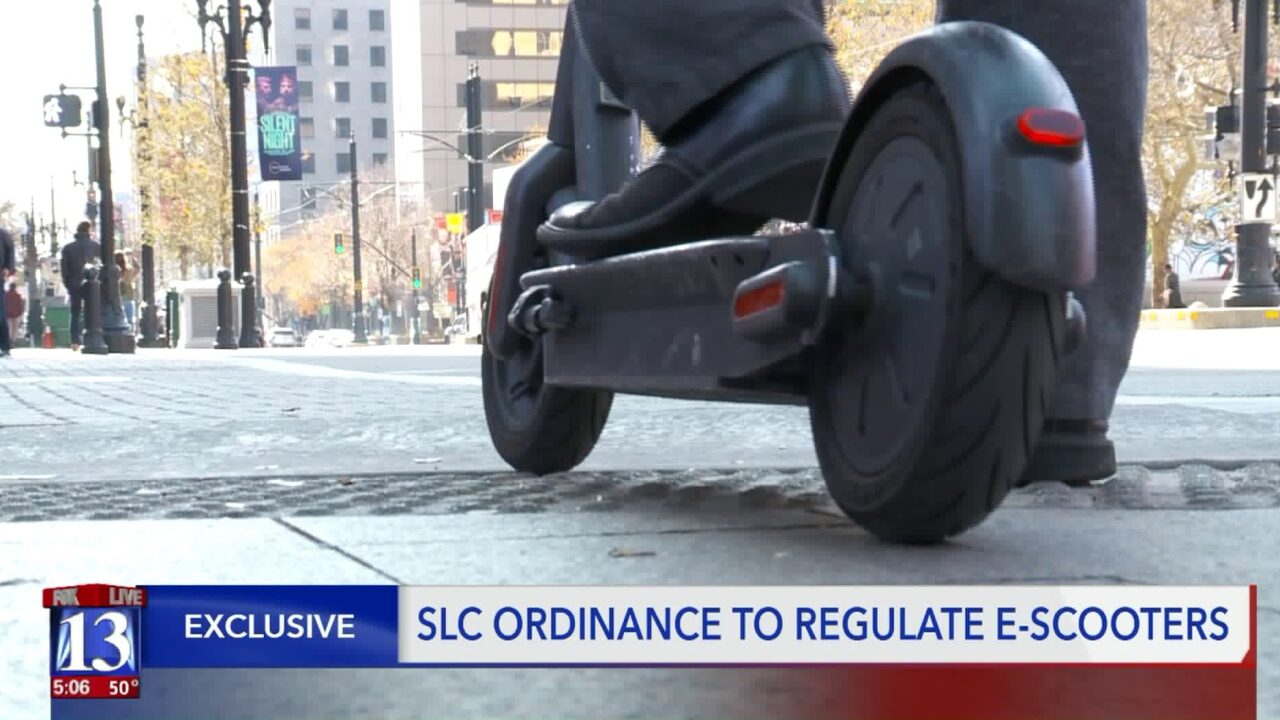 SALT LAKE CITY -- An ordinance regulating scooters within the downtown area and surrounding neighborhoods has finally been proposed.

More than a year after Bird, Lime and other scooter companies suddenly arrived in Salt Lake City, the proposed ordinance seeks to create rules for them to operate. They would be kicked off sidewalks in the downtown area -- and the regulations may kick a couple of companies out of town.

"We want to do everything we can to make sure that people are safe and that we’re trying to regulate what we can," said Salt Lake City Councilwoman Amy Fowler.

Salt Lake City may cut back on how many companies can operate, allowing only one or two.

"It would feel like a little bit more like a partnership, be easier to manage and also competition’s a good thing," said Jon Larsen, Salt Lake City's Transportation Director.

Shortly after the scooters arrived in town, the city launched a pilot project to gauge public comment as well as set some ground rules for them to operate. FOX 13 at the time documented hundreds of complaints -- and a few compliments.

"It’s kind of a polarizing thing. People either love scooters or they hate them," said Larsen. "A lot of the feedback we get are from people who have a lot of, frankly, legitimate concerns about the scooters. Sidewalk riding."

Scooter riders who silently zip around pedestrians has consistently been a top complaint to the city. So has scooters littering the sidewalks when dropped off after a ride. Designated areas may help that, Larsen said.

"Right now there isn’t official scooter parking and I think people would use it if it was there," he told FOX 13.

By treating scooters the same as bicycles, the proposed ordinance would kick them off the sidewalks in the downtown area. Larsen said there would likely be some wiggle room for high-traffic areas where there is no designated bicycle lane like State Street.

Councilwoman Fowler said it also calls attention to the need for better protections for both bicycles and scooters.

Violations of the proposed ordinance on the part of riders would be an infraction, or the equivalent of a traffic ticket.

A representative for Lime said the company was reviewing the proposed ordinance when contacted by FOX 13 on Tuesday. Spin signaled its support.

"We are thrilled the City is taking formalized steps towards creating a permanent scooter-share program. Enforcement has been a challenge for many cities, but we think Salt Lake is working to develop a program that rewards operators for playing by the rules," a spokeswoman for the company said in an emailed statement.

The Salt Lake City Council is expected to discuss the proposed scooter ordinance next week. It could be adopted by February. Councilwoman Fowler has ridden the scooters and likes them, calling them a good option for people to get around the city.