11 people taken to hospital after crash in Spanish Fork Canyon 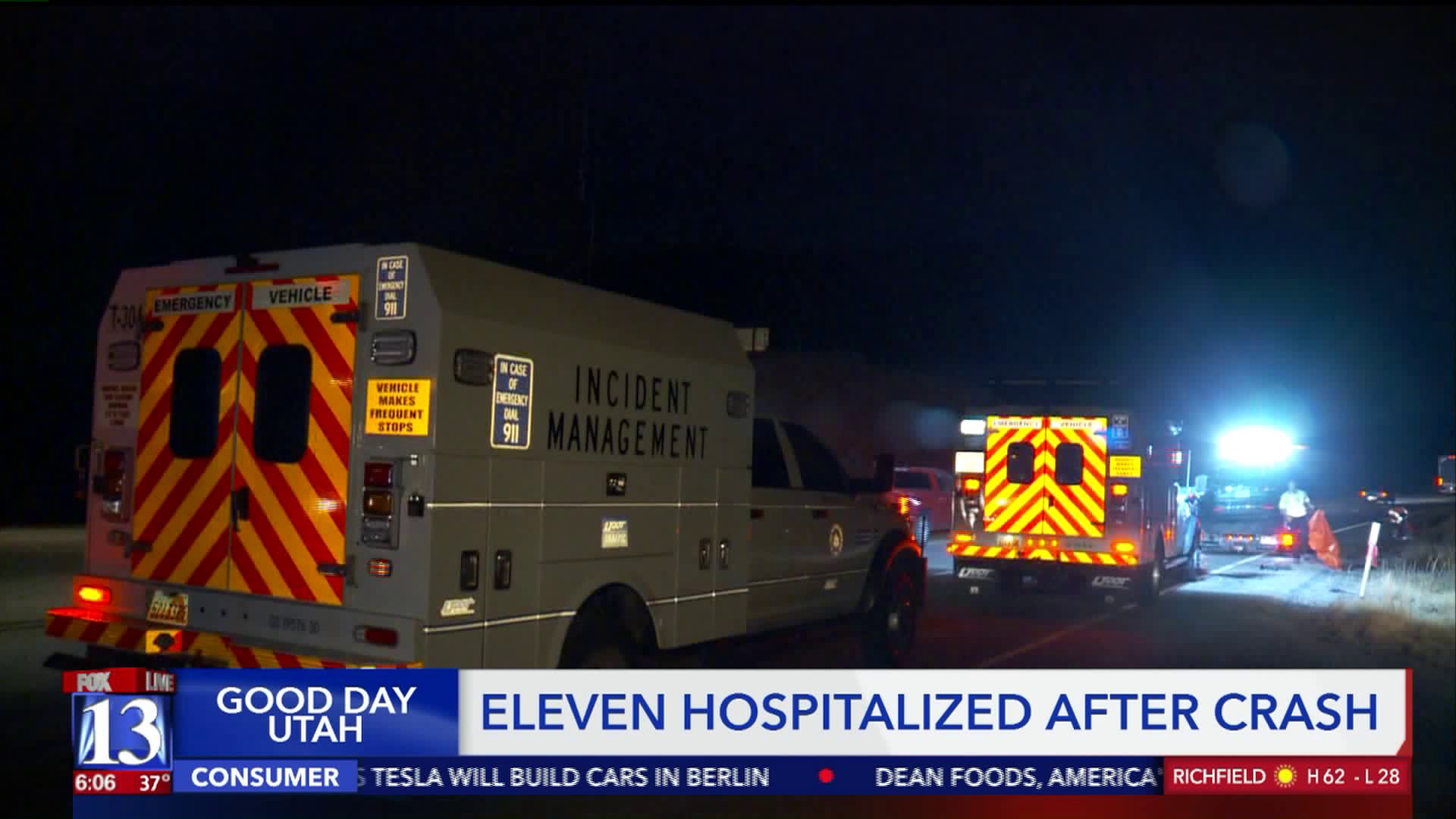 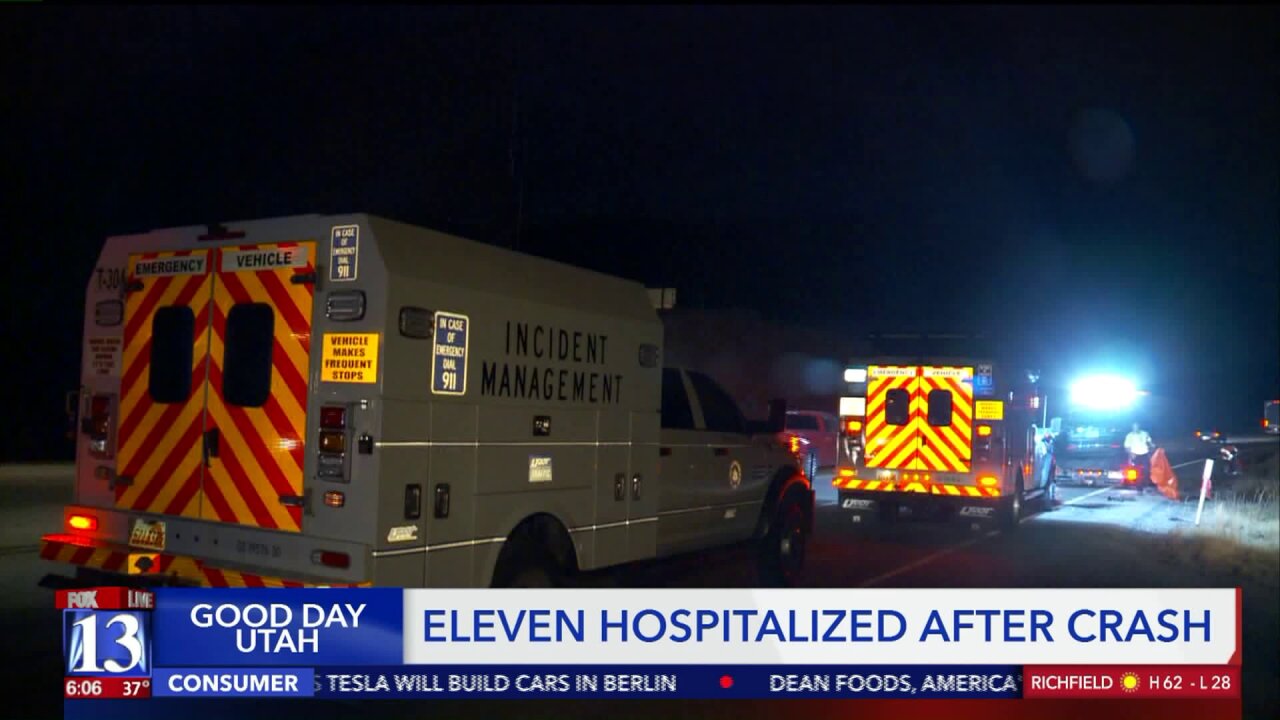 SPANISH FORK, Utah — Eleven people involved in a crash between a passenger van and a minivan were taken to the hospital Tuesday evening.

According to Utah Highway Patrol Sgt. Nick Street, the passenger van was eastbound on U.S. Highway 6 in Spanish Fork Canyon when the driver attempted to make a U-turn. They collided with the eastbound minivan.

All 10 people in the passenger van were taken to an area hospital, some of them teens, Street said. One of the two people in the minivan was transported to the hospital as well.

One person was transported by helicopter, but Street said none of the injuries were life-threatening.