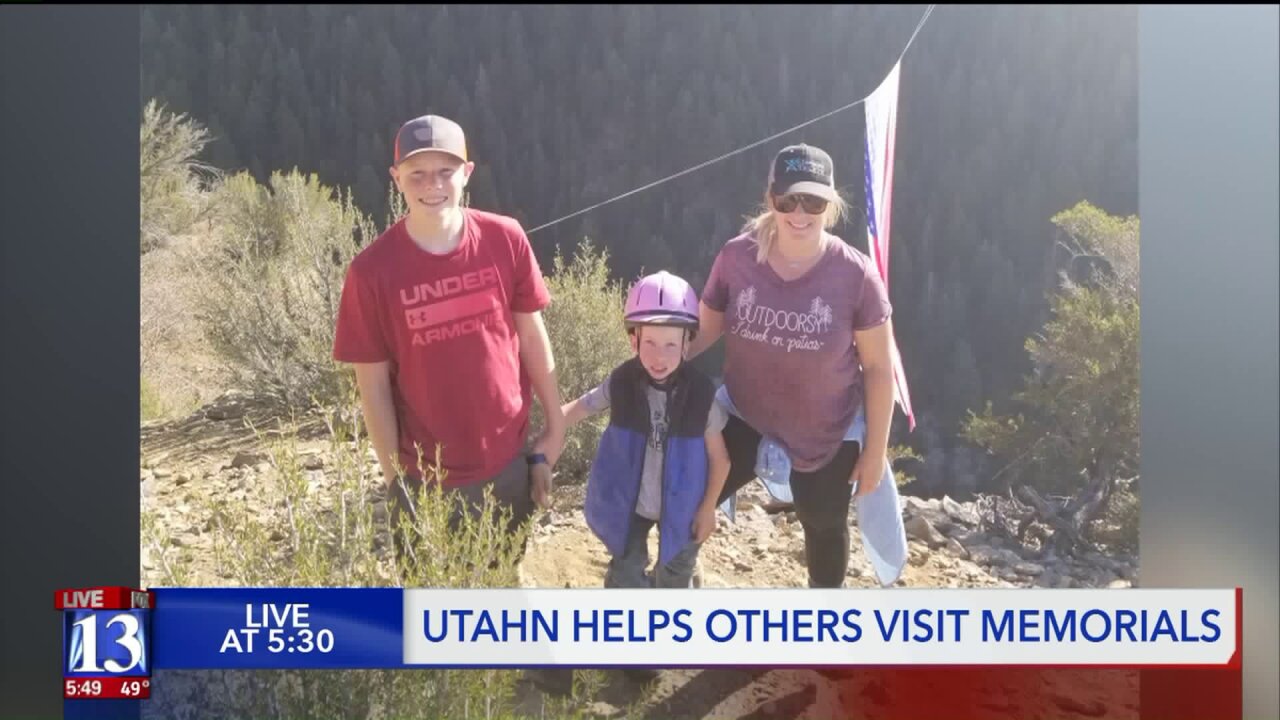 NORTH OGDEN, Utah — The flag draped in Major Brent Taylor’s honor will hang over the North Ogden canyon for one more day — a site many Utahns and veterans try to hike to.

One Korean War veteran tried to take on the hike but found the terrain too steep. An 8-year-old boy with no hip sockets, dislocated knees and club feet also wanted to make the trip but it was too far.

Spencer Smith, who does equine therapy as the owner of Double S. Ranch, offered to take them both right up to the top on his horse Magnolia, an experience all three will never forget.

"Wow, I can’t believe I got up here," 8-year-old Bridger Housley said.

"It was tremendous to be up there close and see how big it is," he said.

"Our active military, we thank you too because we wouldn’t have this freedom, we wouldn’t be able to walk up there and see that flag or do the stuff that we each and every day," Smith said.

Smith says he wants to start a trail ride every year up to the flag to help 25 veterans make the same trip.