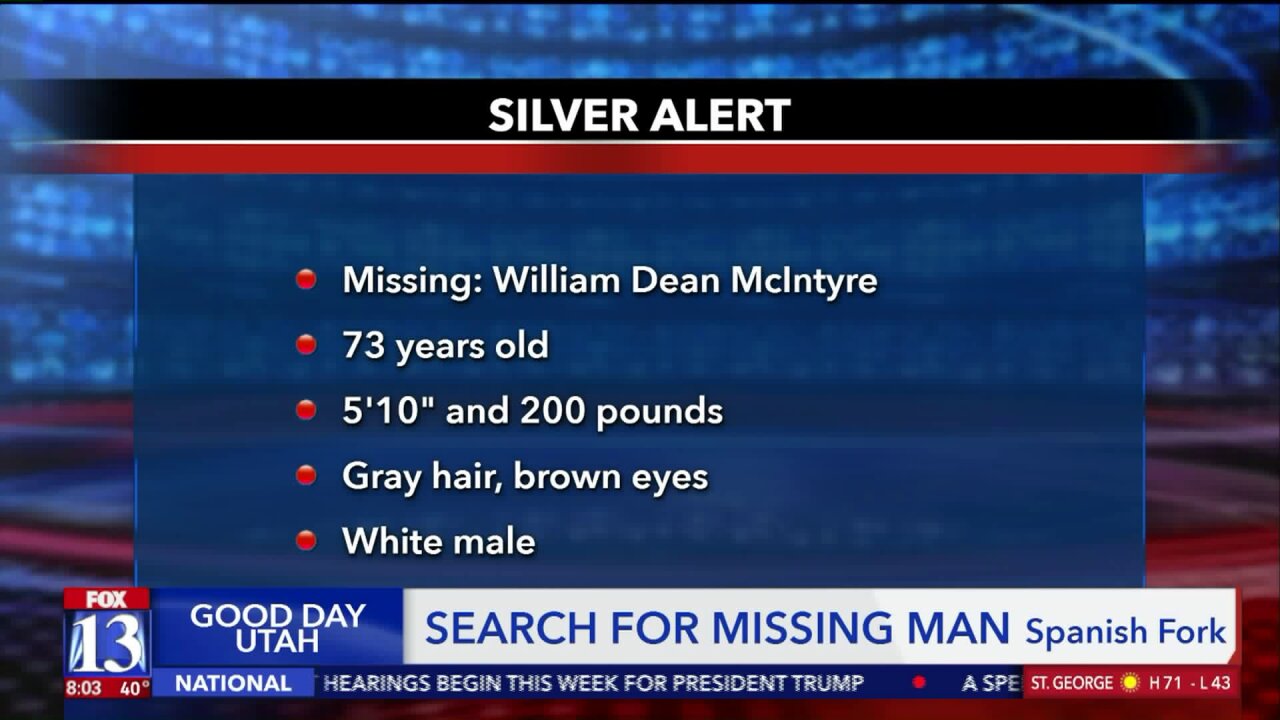 UPDATE: The missing man has been found and is in good condition.

Spanish Fork Police said just after 8 a.m. that William Dean Mcintyre was found in good condition in the Orem area.

SPANISH FORK, Utah — A Silver Alert has been issued for a 73-year-old man who left a nursing home in Spanish Fork Sunday.

The man stands 5’10” and weighs 200 pounds. He has gray hair and brown eyes. Authorities have not yet provided a photo of the man.

Authorities said the man took a Lyft from the facility and hasn’t returned.