Reps. Stewart and Curtis absent from many impeachment hearings 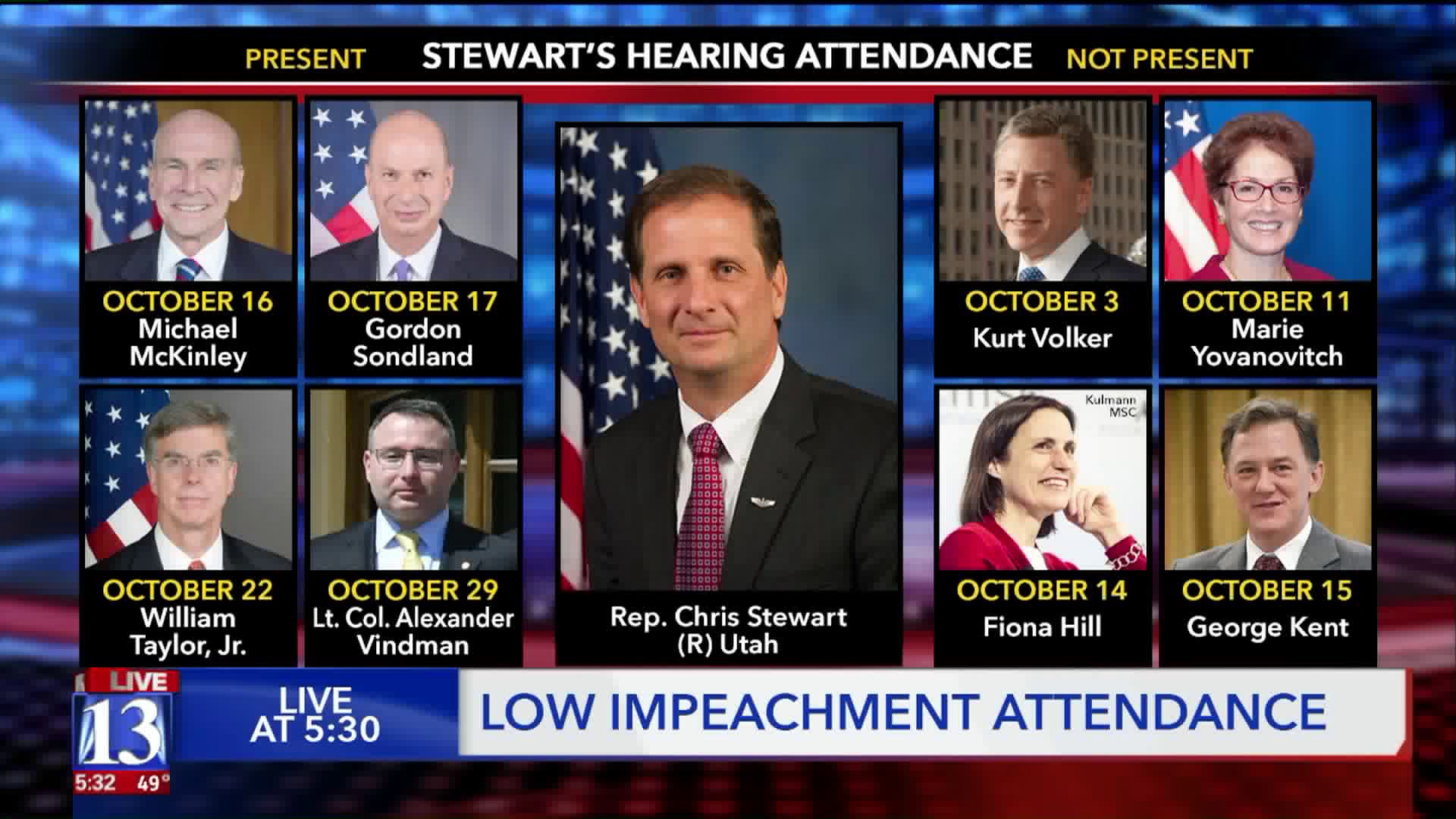 Utah had more than its share of access to depositions in the impeachment inquiry into President Donald Trump.2nd District Rep. Chris Stewart and 3rd District Rep. John Curtis sit on the House Intelligence and Foreign Affairs committees, respectively. 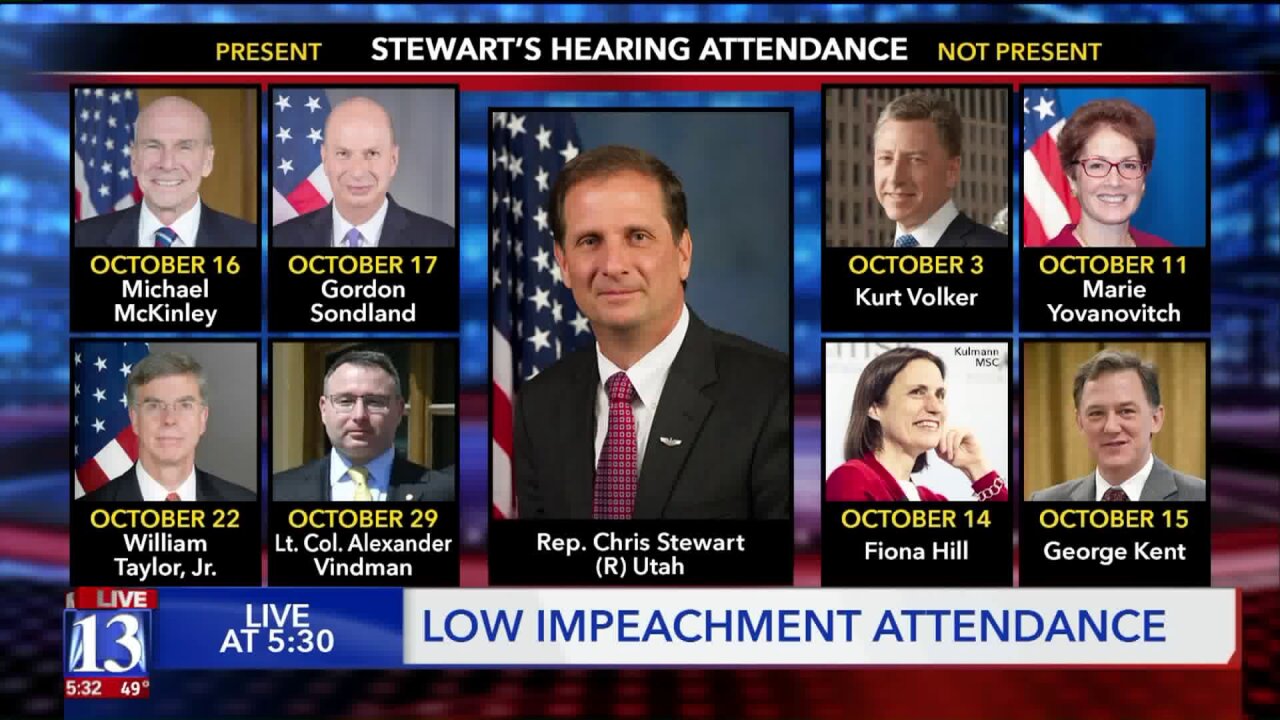 SALT LAKE CITY — Utah had more than its share of access to depositions in the impeachment inquiry into President Donald Trump.

That said, out of a potential eight witnesses to testify, it appears Curtis and Stewart saw and heard from four, according to the transcripts released by the Intelligence Committee which include the names of Members of Congress in attendance at least at the beginning of the depositions.

FOX 13's content partners at The Salt Lake Tribune first reported on the attendance of Curtis and Stewart and received some explanation from each of the Representatives’ offices. Click here to read the Tribune's report.

On Tuesday, Rep. Stewart tweeted that the attendance records did not accurately reflect his attendance at two dispositions:

This morning I sent a letter to Chairman Schiff requesting a correction to accurately reflect my attendance at two depositions. I have reviewed every transcript with counsel & other committee members. To suggest that I am unfamiliar with the testimony of any witness is absurd. pic.twitter.com/mD1hyD1FqM