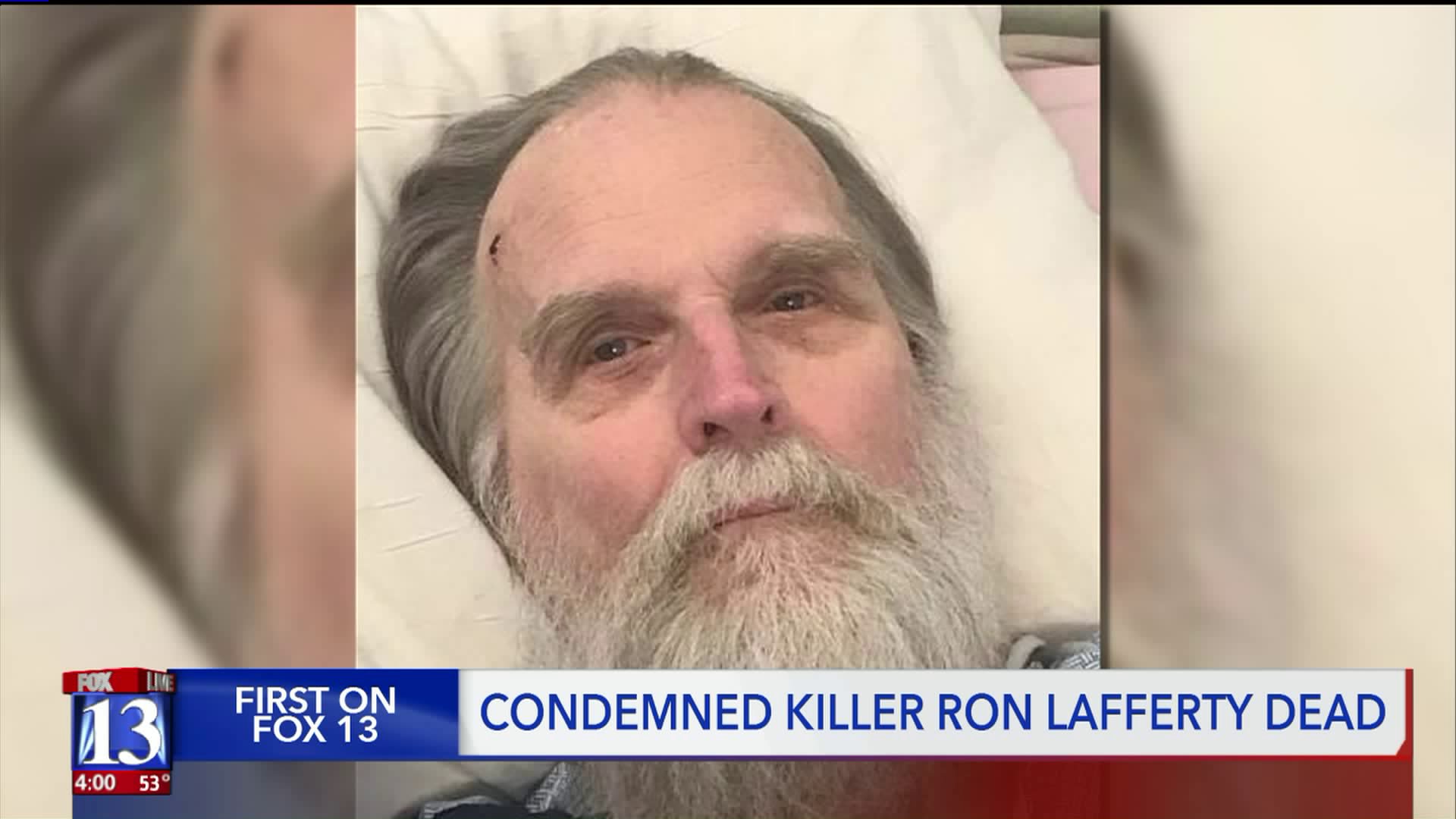 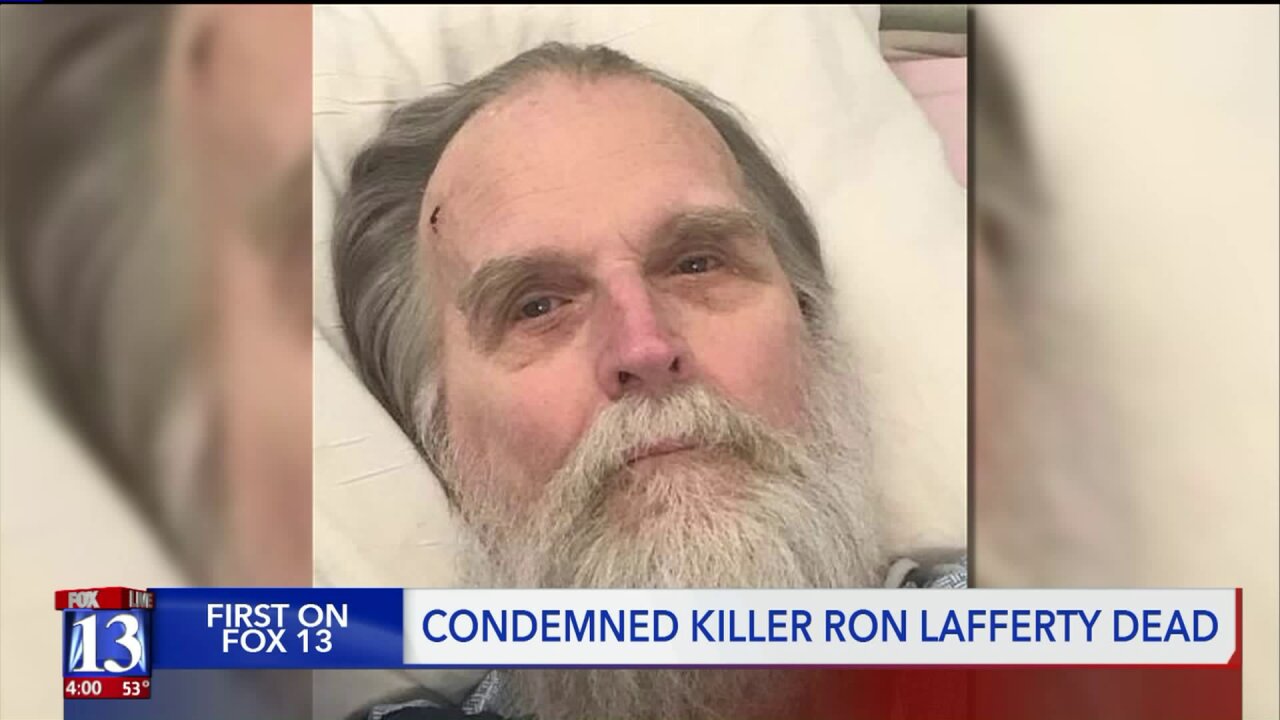 Lafferty, 78, was facing a firing squad execution for the 1984 murders of his sister-in-law, Brenda Lafferty, and her infant daughter, Erica.

Ron Lafferty and his brother, Dan, were convicted of slitting their throats. Lafferty, who had been excommunicated from The Church of Jesus Christ of Latter-day Saints, formed a group called the “School of the Prophets” and claimed to have received revelations from God.

The Laffertys claimed to have been commanded by God to kill Brenda and Erica Lafferty. Ron Lafferty was sentenced to death and had chosen to be executed by firing squad; Dan Lafferty is serving a life sentence in the Utah State Prison. Their crimes had been featured in the popular book "Under the Banner of Heaven."

Ron Lafferty had spent the past 34 years on death row. A recent prison mugshot provided to FOX 13 under a public records request showed him in what appeared to be a hospital bed. However, the Utah Department of Corrections declined to comment about his health except to say he had not left the prison grounds.

The agency declined to offer further details about Lafferty's death when contacted by FOX 13 on Monday.

"Our family is grateful for all of the efforts of everyone involved in this case. We are grateful that it is done," Brenda Lafferty's sister, Sharon Wright Weeks, said in a text message to FOX 13.

Lafferty was in the midst of appealing his pending execution to the U.S. Supreme Court. In a statement to FOX 13, his attorneys said he had been ill for some time.

"Mr. Lafferty was a mentally ill man whose mental competence was first questioned by the State of Utah before he ever stood trial. During his 34-year incarceration on death row, the State had him committed to a psychiatric hospital for over one year based on his mental illness and incompetence to stand trial," Therese Michelle Day, one of Lafferty's lawyers, wrote in an email.

Court filings had raised questions about Lafferty's mental state. Lawyers have argued about his mental state and Lafferty has claimed to have been haunted by "ghosts" and "demons."

"Mr. Lafferty believed his incarceration and conviction were the result of a conspiracy between the state, the Church, and unseen spiritual forces, including the spirit of the trial judge’s deceased father, among others. He believed that all of his attorneys were
working against him, and that one attorney was his reincarnated sister who later became possessed by an evil spirit. A person suffering from this level of mental illness and delusional thinking is not competent to assist his counsel throughout his legal
proceedings," Day wrote.

The Utah Attorney General's Office expressed frustration for how long it had fought to execute Lafferty.

"The State of Utah has labored for decades to provide justice for Brenda and Erica Lafferty, who were brutally murdered by Ron and Dan Lafferty. That the wheels of justice turn so slowly in cases like this is cruel and tragic," Utah Attorney General Sean Reyes said in a statement on Monday. :Now that Mr. Lafferty is facing his Maker, perhaps ultimate justice will be realized and there will finally be some closure for the family of the victims."