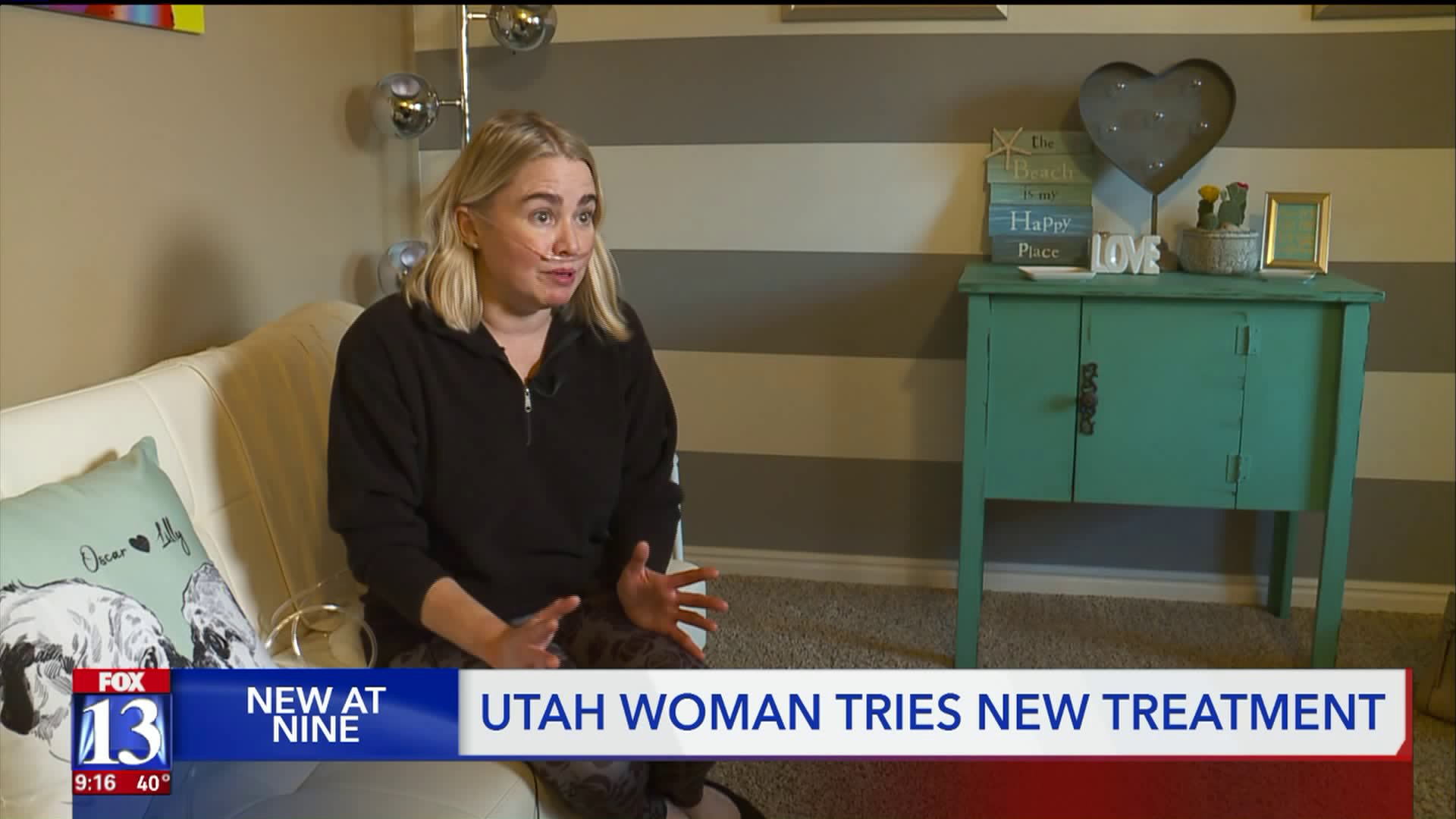 A prescription drug, recently approved by the FDA to treat Cystic Fibrosis, is proving to be promising for the state’s first prescribed patient and impact on future generations. 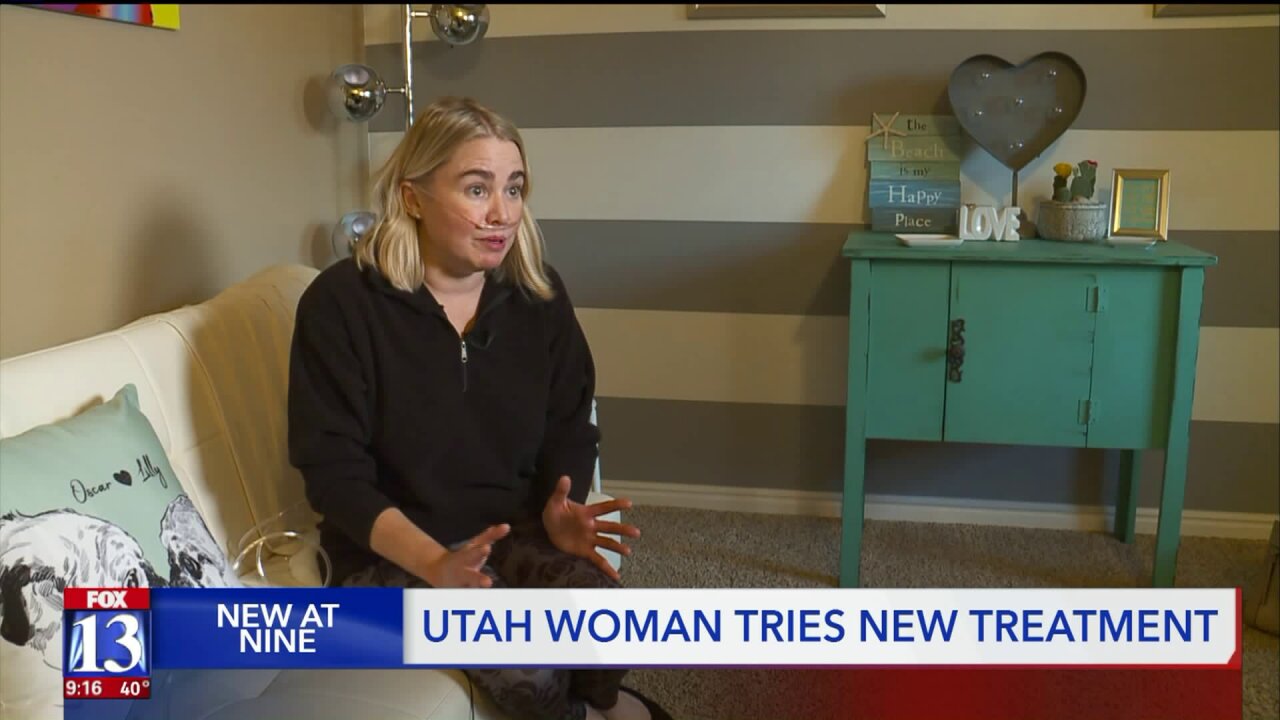 SALT LAKE CITY — A prescription drug, recently approved by the FDA to treat Cystic Fibrosis, is proving to be promising for the state’s first prescribed patient and impact on future generations.

On Oct. 21, Somer Love said hope became a reality for her and many others living with Cystic Fibrosis (CF).

On that day, the Federal Drug Administration fast-tracked approval on a new medication called Trifakta – the news painted a bright silver lining for Somer as she sat at the hospital facing another stint of treatment following CF complications.

“It is so amazing, I am just so, so hopeful for it,” Somer said.

Diagnosed at just 11 months old, Somer’s parents were told she would not make it past the age of 10.

“There wasn’t a lot to do when I was diagnosed, nobody knew what CF was, my parents didn’t know what it was,” Somer said.

According to the Cystic Fibrosis Foundation, the disease affects some 30,000 people in the United States. Roughly 1,000 new cases are diagnosed each year, and the average CF patient lives to be 37.5.

“It’s a genetic disease that affects your entire body, but it mainly affects your lungs and your digestive system,” Somer said. “That’s what you usually succumb to, is your lungs fail you. My lung function is below 30 percent.”

At the age of 40, Somer is no stranger to the complications and treatments that coincide with CF.

“I just got out of the hospital — I call it the joint,” she laughed.

Somer started receiving treatments in the eighth grade. Since then, she has been on oxygen intermittently and full-time for the last six years.

“I’ve named my oxygen Henry, and you know he’s kind of a pain in the rear,” she smiled.

“I spend about six hours a day on my health,” she said.

It’s her reality, but she approaches every day with a positive attitude.

“You just make the best of it and do everything you can to breathe and see another day,” she shrugged.

Somer said everyday she writes down three things that made her smile.

“You are looking for the good at the end of the day,” she said.

Then, at the age of 40, she found something better than good.

“There is a new medication that will hopefully make things better for me and maybe I can ditch my leash and live life big again,” she smiled as she tugged at her oxygen tube, also known as ‘the leash.’

She was the first CF patient in Utah to be prescribed a new, breakthrough therapy for Cystic Fibrosis called Trikafta.

The medication is a combination of three drugs that target the defective protein created by the gene mutation which causes CF – helping it to function more effectively.

“Two pills in the morning, one pill at night,” she said describing the dosing of her new medication.

Trikafta is the fourth medication available for CF treatment, but has been highly anticipated by the CF community.

“It’s for 90 percent of the population and that’s the first time ever,” Somer said. “That’s unheard of and it’s so amazing.”

One week in, Somer is tolerating the drug and thriving.

“This drug can help me and this drug can stabilize me, I’m hoping that I can ditch the leash!”

“I do not have that right now which is hard to even fathom,” she said as she described the change in mucus levels she was seeing following breathing treatments.

It could even change her life.

“It’s basically changing my body at the cellular level,” said Somer. “I’m going to try not to cry, honestly, it’s like a miracle!”

If you look around Somer’s home, you will see décor repeating her favorite saying, “It’s not the breaths you take, but the moments that take your breath away.”

She has always believed that to be true, but now thanks to a small white pill, she could see more moments than she ever expected when she was diagnosed all those years ago.

“In 40 years, there’s so much hope and I think that’s what we need to celebrate,” said Somer. “The kids that are born today and the little kids now, are without all of this disease and damage, and they’re not going to die from cystic fibrosis, and they are not going to know the life that I led with cystic fibrosis -- and that’s the amazing thing, that’s what it’s all about.”

While Somer believes this drug marks a milestone in CF treatment, she says there’s still a long way to go.

“We’re still not done, we still have a lot more fundraising and awareness to do, because we want it to be 100 percent,” she said.

Somer will return to her doctor at the University of Utah’s Pulmonary and Critical Care Services for a check-up on Nov. 21 to see how her body is reacting and track any progress that was made in the first month.