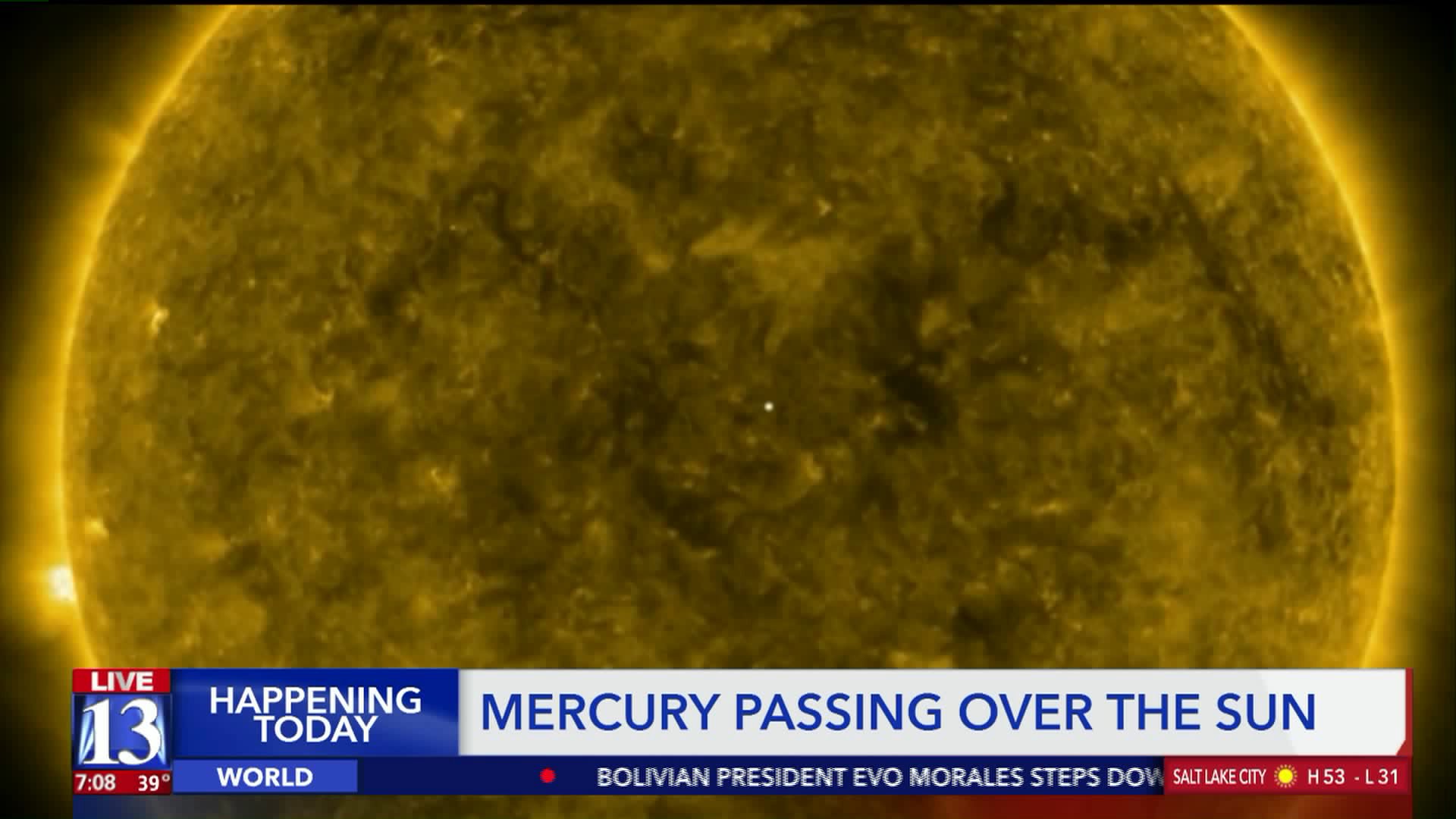 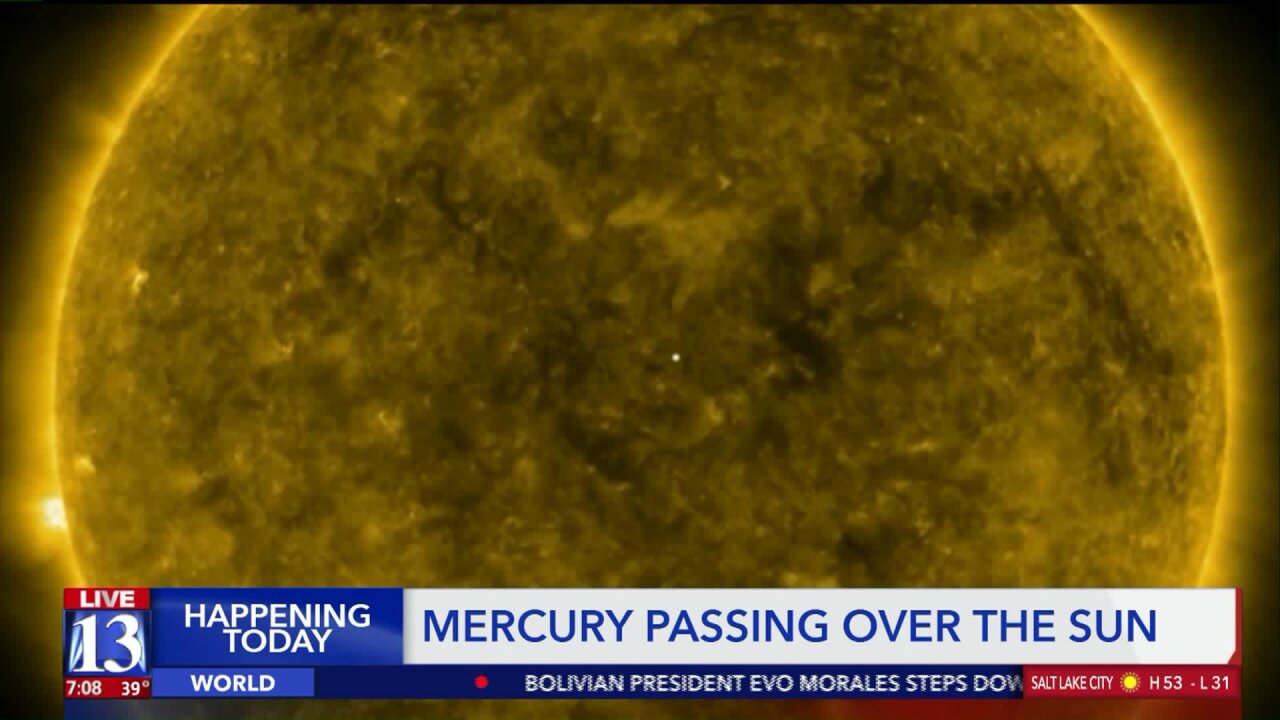 ANTELOPE ISLAND STATE PARK – Mercury is passing from one side of the sun to the other Monday in a celestial event that only happens 13 times each century.

Mercury, the smallest planet in our solar system, began its transit around 5:30 a.m., a journey that takes more than 5 hours to complete.

Anyone who wishes to view the phenomenon will need solar filters, just like during an eclipse, as looking directly at the sun can cause permanent eye damage. A telescope is also recommended because Mercury appears as a small dot during the transit.

Experts with NASA said Mercury’s transit won’t be visible form North America again for another 30 years, or anywhere on Earth until 2032.

There will be telescopes with solar filters available for public use at Antelope island until 11:30 a.m., and they are also serving hot chocolate. Park entry fees apply.