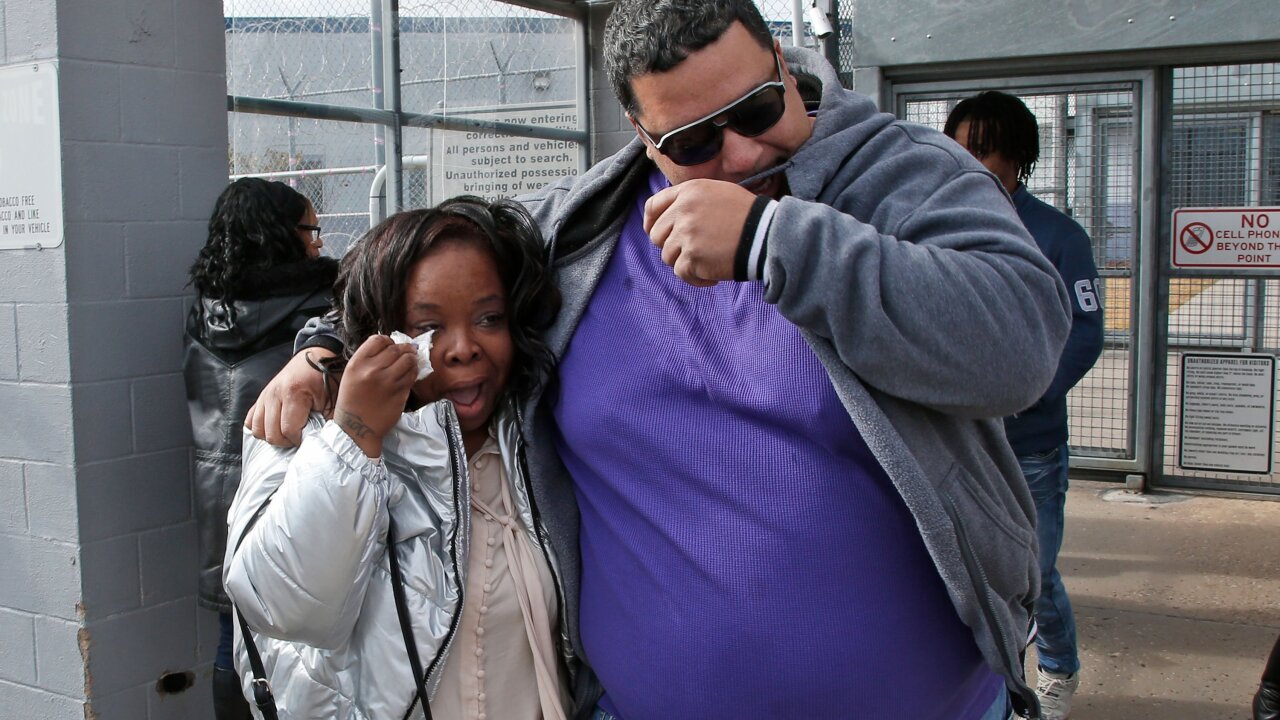 Tondalao Hall and her brother, Jeff Hall, couldn’t hold the tears when she was released from a prison in McLoud, Oklahoma, on Friday.

McLOUD, Okla. – Tondalao Hall was arrested after her boyfriend left her baby girl with broken ribs. She didn’t hurt the child but still served 15 years over the abuse.

Hall, 35, was released Friday from the Mabel Bassett Correctional Center in McLoud, Oklahoma. She tearfully hugged her children, her siblings and many friends who had been waiting for her.

In 2004, Hall and her then-boyfriend, Robert Braxton, were arrested on child abuse charges after she took two of her youngest children to the hospital. Her 3-month-old daughter had broken ribs and a broken femur, according to the American Civil Liberties Union of Oklahoma, which is representing Hall.

In 2006, after serving two years in county jail, Braxton pleaded guilty to two counts of abuse. He was sentenced but given probation and released from custody, online court records show.

Hall got a much harsher penalty.

She pleaded guilty to enabling child abuse and was sentenced to a total of 30 years in prison, records show. Authorities said she failed to tell police about her boyfriend’s abuse.

Hall was denied commutation in 2018. But last month, the Oklahoma Pardon and Parole Board voted in favor of recommending the commutation of Hall’s sentence. Gov. Kevin Stitt approved the request on Thursday, leading the way to her release on Friday morning, a spokeswoman with the state’s Department of Corrections said.

“First and foremost, I want to thank God for making a way and for keeping me safe and sane during this season of my life,” said Hall in a statement released Thursday prior to her release.

“Secondly, for all the people God has placed in my life, my children and my family for sticking by me. Time and space cannot accommodate the list of people who have loved, helped, and supported me through all of this, so, to everyone who has, thank you and God bless you!”

Hall’s son, Robert, who was only 18 months when she went to prison, said the decision came as a pleasant surprise for the family. He said he didn’t expect his mother to be released so quickly after the governor’s approval but was excited to have her back home.

“I’m feeling great, I thank the Lord for this day,” Robert, 16, told CNN affiliate KFOR. The ACLU said Hall’s cousin cared for her children while she was behind bars.

As Hall walked to a car surrounded by her family and attorneys, she said her only plans were spending time with her children. At some point in the future, Hall added, she would like to find a way to help other incarcerated women.

Hall’s release comes days after hundreds of Oklahoma inmates left prison in the largest mass commutation in US history. More than 460 non-violent inmates were released before their original sentences were over.

The move is one of many prison reform efforts in Oklahoma aimed at reducing overcrowded prisons while helping low-level offenders build a life of self-sufficiency rather than reincarceration.