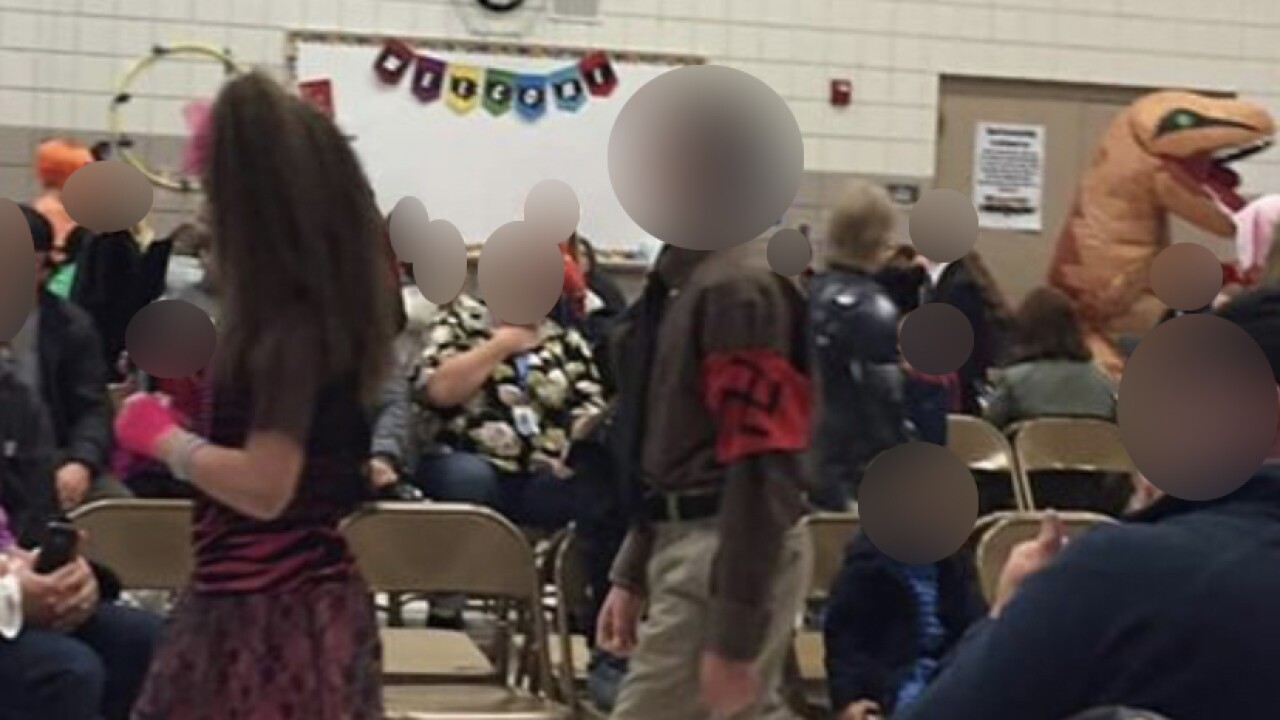 KAYSVILLE, Utah — The Davis School District announced Friday that it has concluded its investigation of an incident on Halloween when a child wore an Adolf Hitler costume to school.

Last week, photos and videos spread quickly around social media of a student dressed like Hitler in the Creekside Elementary School Halloween parade.

Just over a week later, the district released a statement apologizing and saying the costume should not have been allowed. It also said the district had taken appropriate disciplinary action and has concluded its investigation into the issue.

The district also said the teacher and principal who had been placed on leave since that day have been reinstated.

“The Davis School District does not tolerate speech, images or conduct that portray or promote hate in any form,” the statement read. “The district takes the matter very seriously.”

Due to federal and state laws, the district said it could not provide further details on what disciplinary action was taken or further findings of its investigation.

“The district will also continue and expand initiatives to educate and train school and department employees regarding the importance of protecting the rights of individuals,” the announcement read.