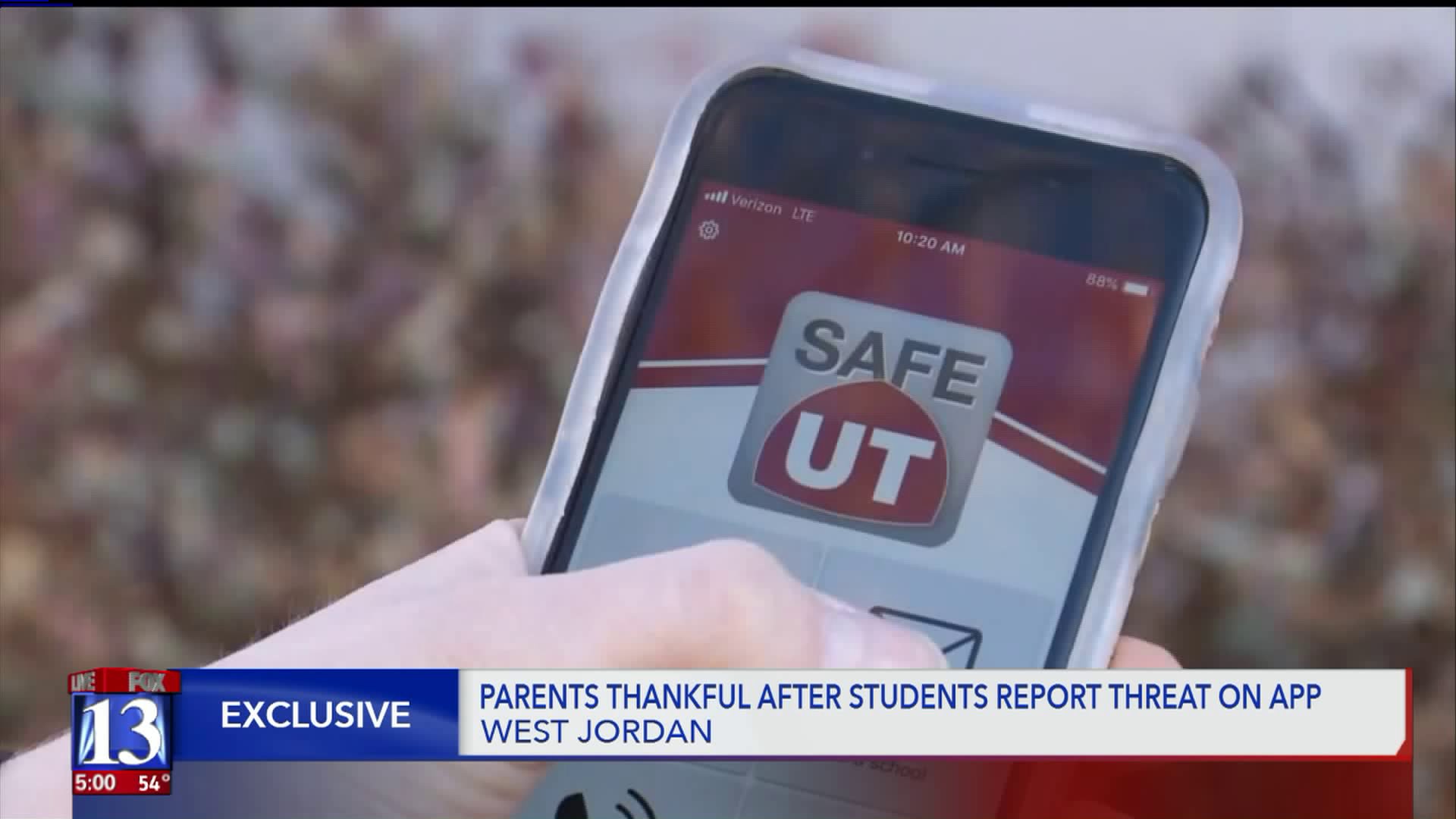 Students at two schools in West Jordan used an anonymous tip-reporting app to help police thwart a threat of a school shooting. 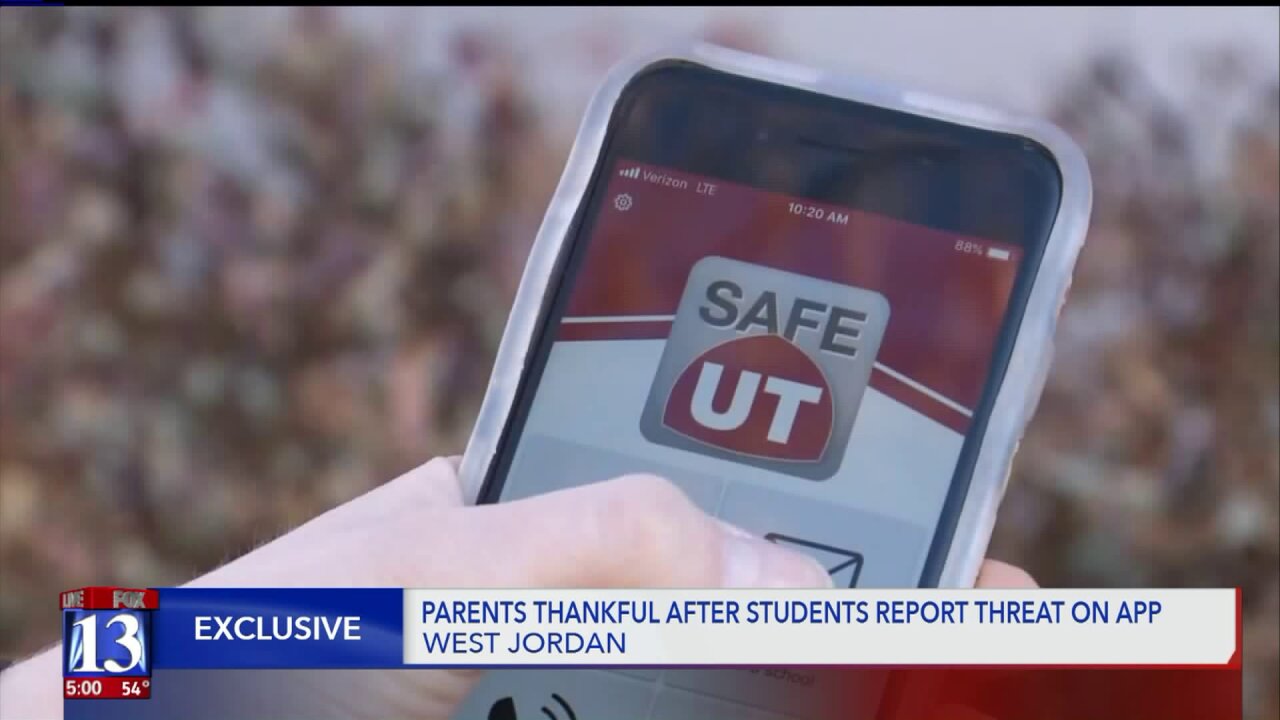 "In this particular case, we felt that it was credible because we had multiple reports and we also had a little bit of awareness of what had happened in the week preceding the threat from yesterday," Wallentine said.

The student accused of making the threats has been taken into custody and is being detained.

"[That student] had no immediate access to firearms. The family had taken care of that angle," Wallentine told FOX 13 Friday morning.