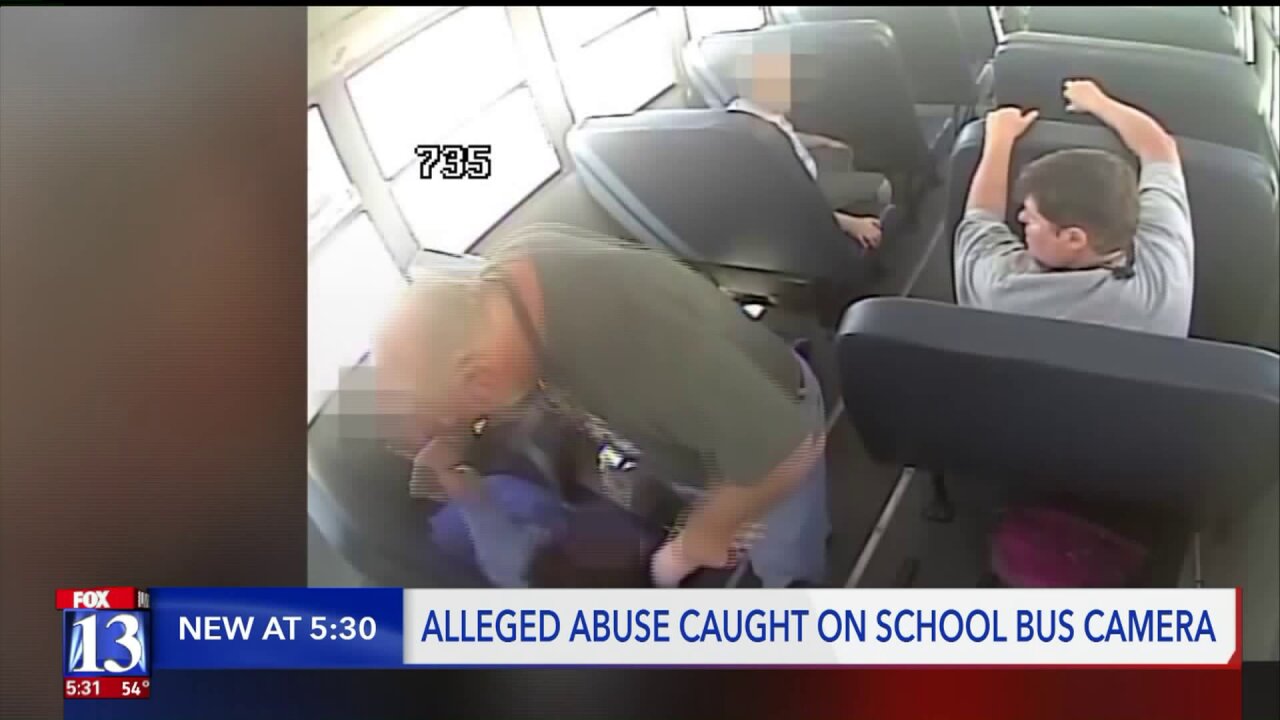 SARATOGA SPRINGS, Utah — The school bus should be a safe place meant to get students to and from school. But in June 2018, an Alpine School District bus ride was filled with physical and verbal violence for one 16-year-old autistic, blind and non-verbal girl, her family's lawyer claimed.

Aaron Kinikini, the Legal Director of the Disability Law Center, shared surveillance video from the school bus with FOX 13 News on Friday. We have blurred the faces of the minors involved to protect their identities.

(WARNING: This video could be disturbing to some viewers.)

Gary Bertagnole is the former Alpine School District bus driver shown in the video, Kinikini said. He was fired shortly after the incidents were brought to the attention of school officials, Kinikini said. The teen attends Horizon School in Saratoga Springs.

The Saratoga Springs City Police Department did investigate the claims against Bertagnole in 2018. No criminal charges were filed.

“When this case was brought to our police department’s attention, the parents of the child requested that no charges be filed. They informed our officers that they felt the Alpine School District’s actions were sufficient," Saratoga Springs City spokesman David Johnson said.

In the fall of 2018, the family of the teen retained legal counsel with the non-profit Disability Law Center. That's when the lawyers filed administrative complaints to the Utah State Board of Education. After months of investigating, the board of education found no violations of the law to be found, Kinikini said. Now, the family has filed a civil rights complaint lawsuit against several parties including the Utah State Board of Education, Bertagnole and the Alpine School District.

“A grown man shouldn’t beat a child on a school bus. The bigger system issues are: Why did this bus driver have zero training on ... A: how to deal with people with disabilities, and B: this specific child," Kinikini said.

The family of the teen is hoping for changes, Kinikini said.

“The family of course hopes for a measure of justice, accountability, some changes in the way this specific school district either funds or administers or otherwise supervises employees that have daily contact with really vulnerable children," he said.

Leaders at the non-profit Disability Law Center are hoping to bring change as well, Kinikini said.

"I think our hope should mirror every citizen in Utah’s hope, which is the system that is in place to protect these vulnerable children needs to be reassessed from the top down," he said.

The video is misleading, Bertagnole argued in an interview with FOX 13's content partners at The Salt Lake Tribune.

“They’re portraying it as bus driver abuse and it’s bull----," Bertagnole said. "If anything, it was abuse on the girl’s part. I had no idea what the hell was going on with this girl. She just come off for no reason. She came unglued. … Those children become professional manipulators, and you have to correct them. When they receive correction, they usually appreciate it when they understand. And they do understand a hell of a lot more then we give them credit for."

The lawsuit is aimed at changing things, Kinikini said. While documents were given to aides and employees at the school who worked with the teen with specific instructions on how to help the child, Kinikini said he doesn't believe the former bus driver was given any training.

“While one doesn’t need to be provided a manual that says, 'You’re a bus driver — you shouldn’t beat, choke or smack the children on your bus,' you should be provided with specialized instructions for children that need specialized care at minimum," he said.