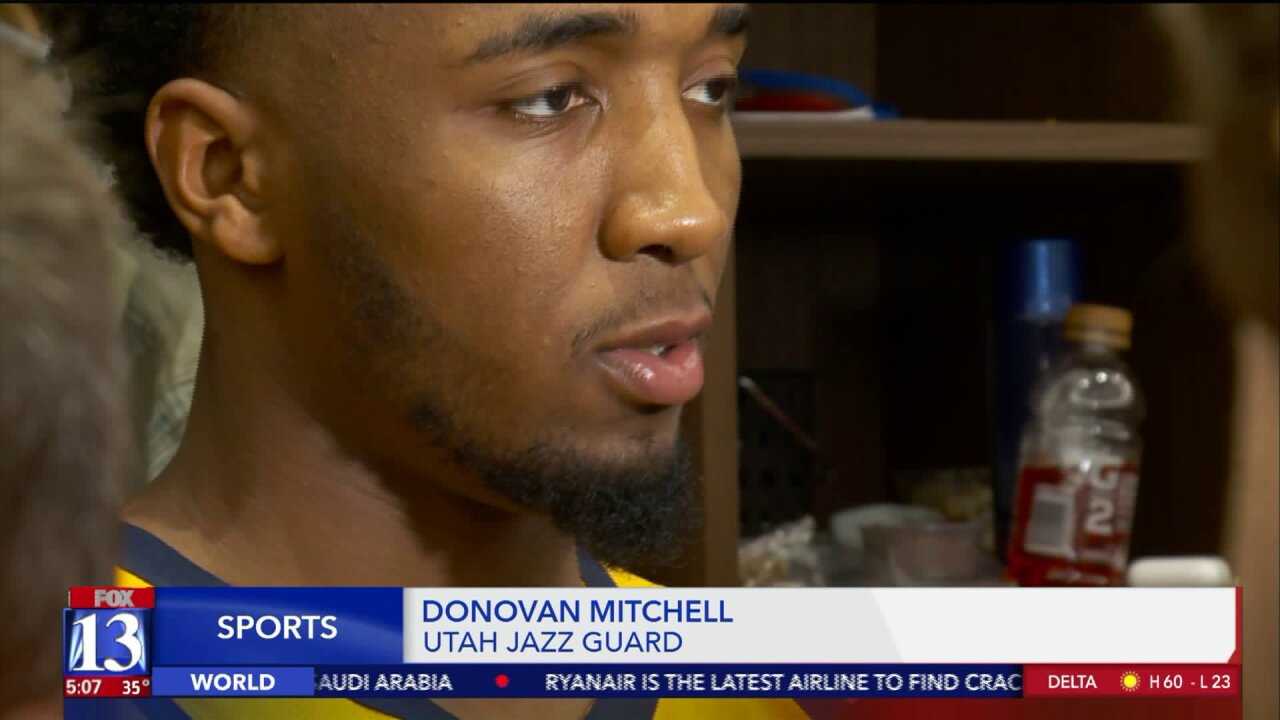 SALT LAKE CITY — A back-and-forth first half and foul trouble throughout the game almost cost the Utah Jazz Tuesday night, but they pulled through with a 106-104 win against the Philadelphia 76ers.

In Utah’s first win against Philadelphia since 2016, Donovan Mitchell led his team with 24 points, followed by Bojan Bogdanovic with 20.

The Sixers were without one of their all-stars for most of the game after Ben Simmons injured his shoulder.

The Jazz managed to hold Joel Embiid to just 5/16 field goals, but numerous fouls gave the Sixers 30 points from the free-throw line — 16 coming from Embiid.

The Jazz really took off in the third quarter with solid performance from starters and bench players alike.

Late in the quarter, the crowd at the Vivint SmartHome Arena became progressively louder and more excited after watching Mitchell field his own rebound twice, and although he missed both shots and ended up turning it over to the Sixers, the crowd roared for the hard-fighting 3rd-year guard.

The energy multiplied just seconds later after Jeff Green blocked a fast-break layup by Josh Richardson but was called for the foul. The crowd didn’t mind Richardson’s 2/2 free throws though, the block had them on their feet.

The electricity peaked in the arena and on the court when Ingles hit a pump-fake, side-step, buzzer-beater shot just shy of the 3-point line to give the Jazz an 11 point lead going into the fourth quarter.

The visiting team nearly fought back late into the final quarter, cutting the Jazz’s lead to two points three times in the final five minutes.

Gobert fouled out in the last minute, and in the end Philadelphia went 30 for 34 on free throws while the Jazz shot 16 of 22.

The Jazz gave the Sixers their second loss of the season and broke their own short losing streak. The Jazz are 5-3 and are undefeated at home so far this season.