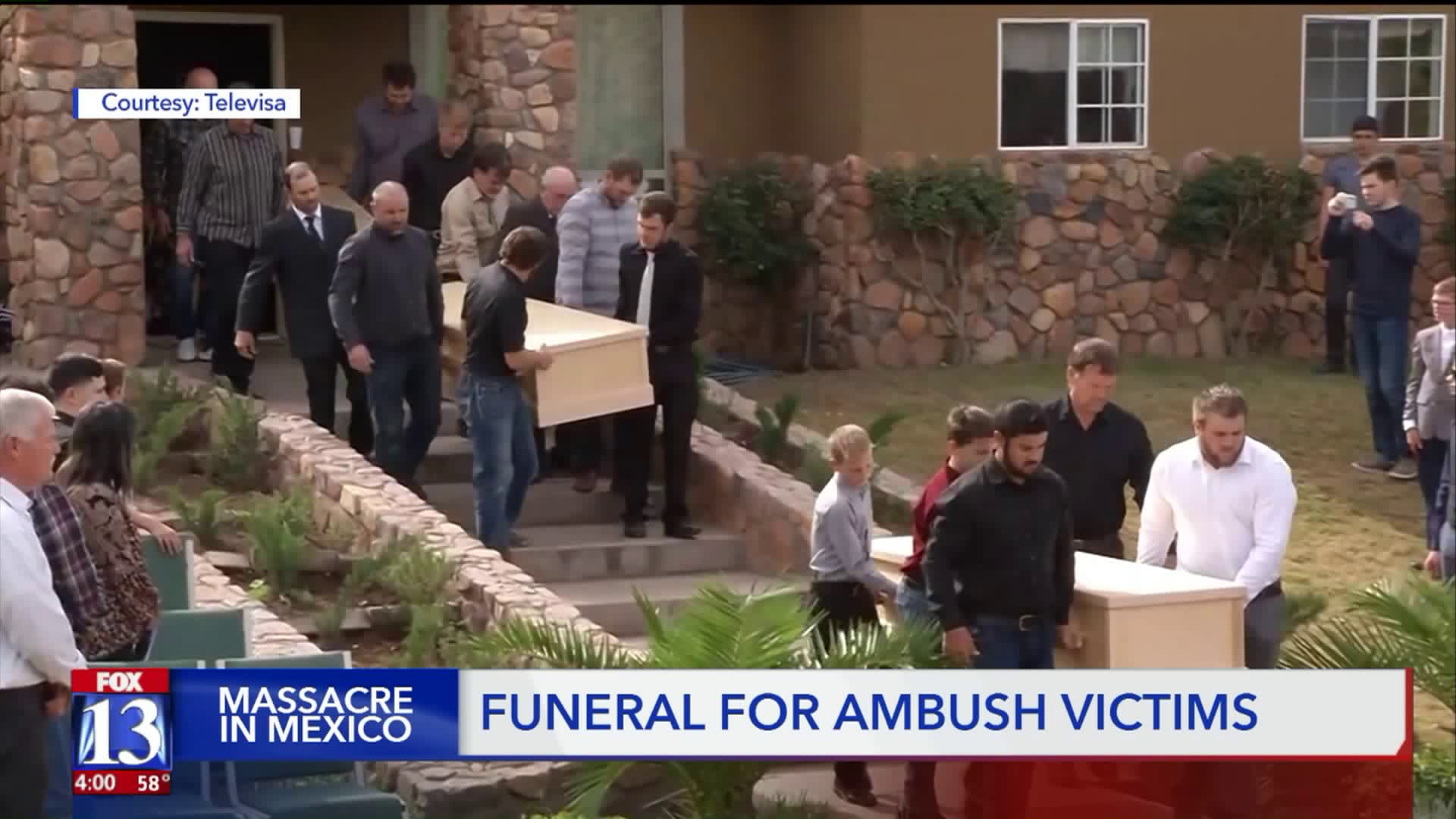 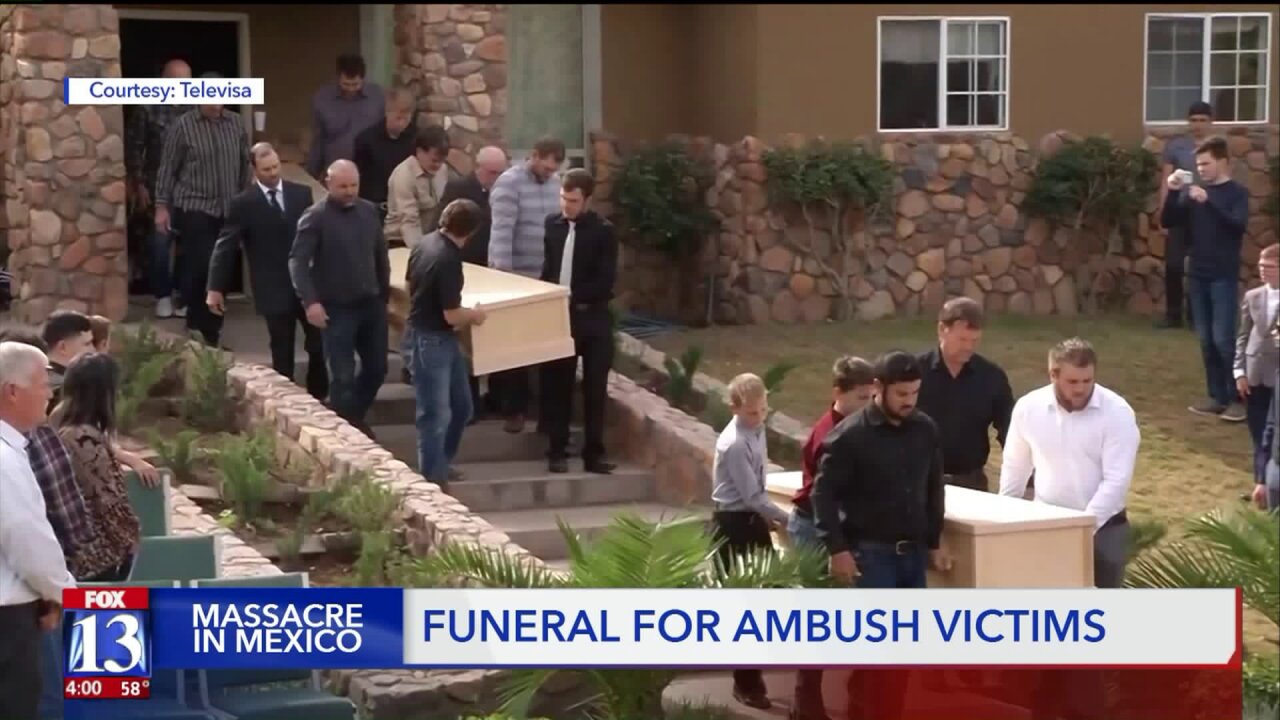 LA MORA, Mexico -- Funeral services were held Thursday for three of the Americans killed Monday morning in an ambush in Sonora, Mexico.

Services for Dawna Ray Langford and her two sons, 11-year-old Trevor and two-year-old Rogan, were held in La Mora.

You can read Carlisle's report and view Nelson photographs here.

Carlisle told Fox 13 that around 500 people attended the services.

"People came from Utah, Texas, North Dakota as well as other Mexican states to be here in Sonora," Carlisle said.

Mourners stood in silence as their loved ones were carried to their final resting place.

The region is now heavily guarded.

"There`s also Mexican officials that are here and the Mexican military is helping protect this town," Carlisle said. "There are soldiers all along the exit and entryways, security is a big concern here."

Sonora State Attorney General Claudia Contreras Cordova visited the site of the killings and vowed to seek justice for the Langfords and the other six who lost their lives.

"It is difficult to measure the pain before this tragedy," she said. "These unfortunate facts must unite us."

Contreras said agents with Forensic Scientific Intelligence are processing the vehicles that were ambushed and bullet casings found at the ambush site.

For the family, chilling memories of the deadly assault are still fresh.

"It`s easier for us to bear when we have hugs," a family member told Carlisle.