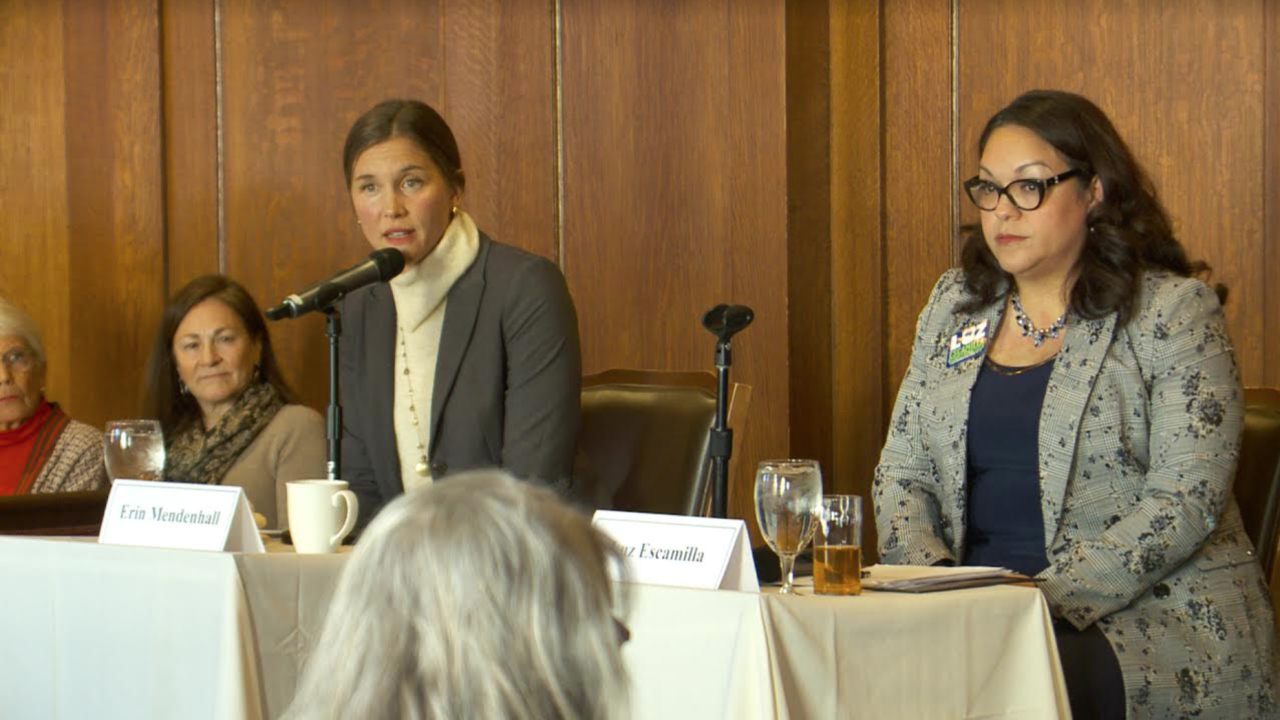 Erin Mendenhall and Luz Escamilla at a debate at the Alta Club (image by Manuel Rodriguez, FOX 13 News)

“I just congratulated Erin,” Escamilla reported, according to a message about the concession sent to FOX 13. “We had a good conversation and I wished her the best of luck as our city’s next mayor.”

The Salt Lake County Clerk's Office reported Wednesday that there were 9,744 ballots left to be counted,  and the figure was less than Escamilla's campaign estimated, which indicates a low turnout in the mayoral election, the message said.

Mayor Jackie Biskupski congratulated Mendenhall on her victory via Twitter.

"Thank you to every voter in [Salt Lake City] who participated in this election. For the 1st time we had the chance to choose btwn 2 women. I congratulate both candidates on a well-run race & [Erin Mendenhall] on her victory. My office will work diligently to ensure a smooth transition," Biskupski wrote.

Escamilla will continue to serve as a state senator.

Statement from Mendenhall campaign:
"I just received a very gracious call from Senator Escamilla congratulating me on being elected Salt Lake City’s 36th mayor. Luz is a dedicated public servant and a true champion for Salt Lake City. Her candidacy made this a better campaign and her continued public service will help make Salt Lake City a better home for all of us. I look forward to working in partnership with her to move our city forward."

Former state senator Scott Howell weighing in on what Mendenhall in office could mean for the future of salt lake city.