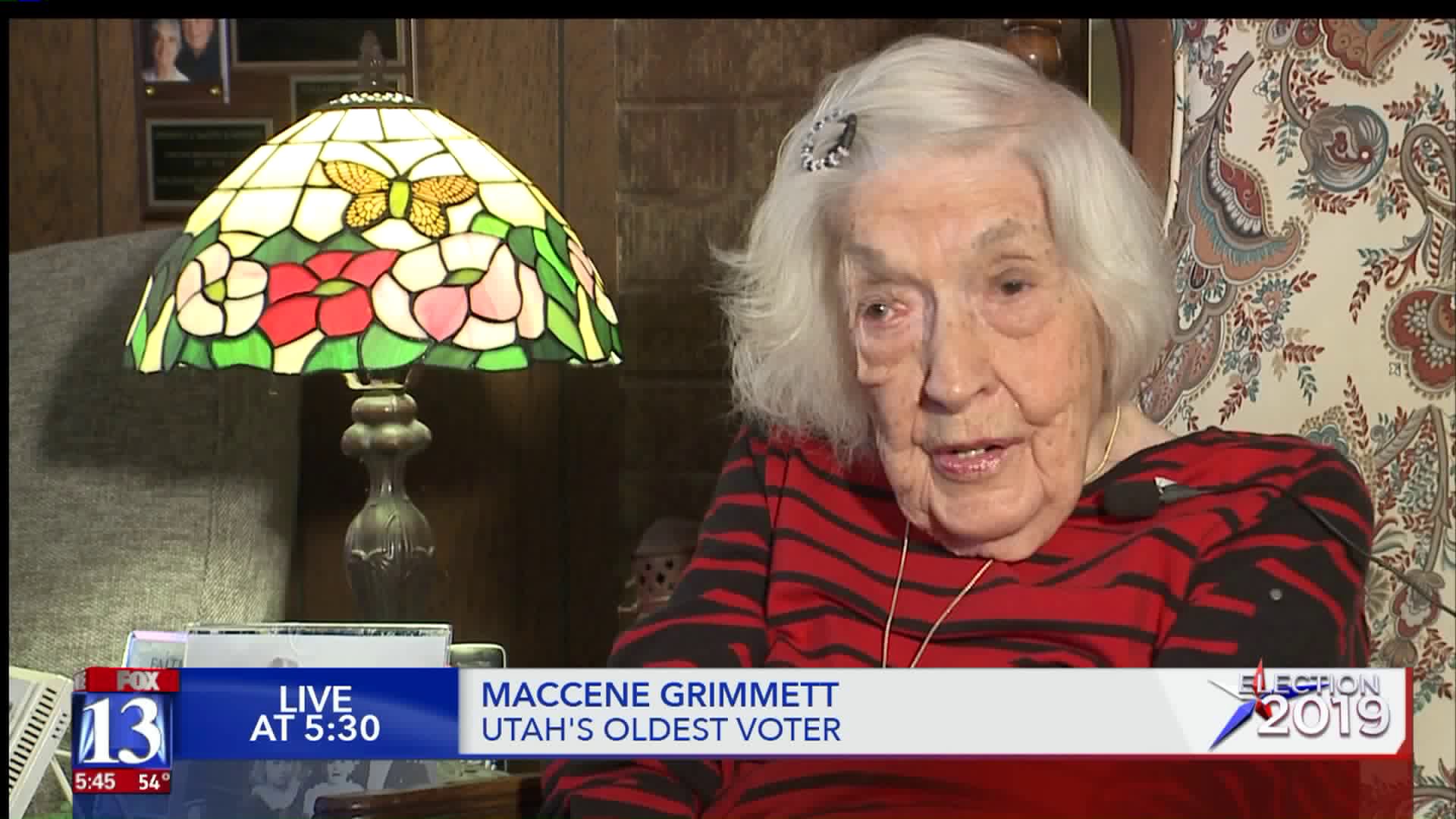 A new pilot program in Utah County is bringing the polls to the voter, using a smart device and an app. 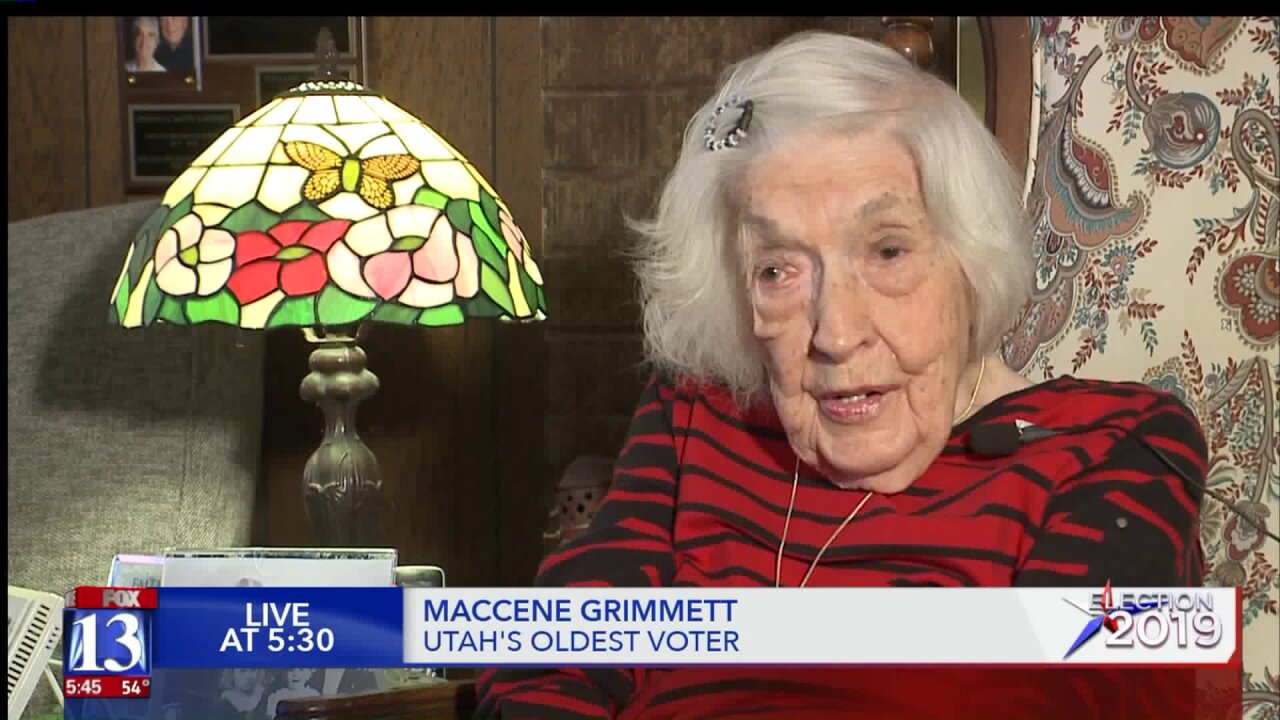 UTAH COUNTY — A new pilot program in Utah County is bringing the polls to the voter, using a smart device and an app.

“Proposition for the Provo City District,” Maccene said as she read off a tablet. “Oh, now that’s the one I’m really worried about, a special bond election.”

Maccene Grimmett is a well-informed Utah County voter. She is also the oldest voter in the entire state.

When Maccene was born in 1913, women didn’t even have the right to vote yet.

“When I was young, if I can remember that far, women were not considered smart enough to vote,” she said.

When the 19th amendment was passed by Congress in 1919 and ratified in 1920, Maccene’s family was thrilled.

“My mother was one that was very excited about women being able to vote,” she smiled.

Over the last 100 years, Maccene has taken full advantage of women’s suffrage.

“I clearly remember when I voted the first time,” she said as she looked back to the year 1931.

She has voted every year since.

“I think it’s a privilege to vote,” Maccene said. “One vote can make a difference, and I think it’s important that we know what we’re voting for.”

Maccene has seen a lot of changes in the voting process over the decades. But Tuesday, the veteran voter saw something entirely new. The ballot is coming to her.

Using the ‘Voatz’ app and a smart device, the pilot program is bringing the polls directly to select Utah County residents.

“This is a way for people who can’t make it to the polls. Right now it’s approved for military and overseas voters and we’ve just expanded it to disabled voters as well,” said Utah County Clerk Auditor Amelia Powers Gardner.

“Now tap your ballot, that’s your ballot,” one woman instructed Maccene as she guided her through the process.

The app shows the exact same thing you would see in-person at the polls but is intended to give more freedom and flexibility to the user.

“This gives them the option to be an independent adult and cast their ballot,” Powers Gardner said. “Maccene has always been an icon in the community, she’s very opinionated and knows what she wants and she wants to be able to cast her ballot… since she broke her ankle about a year ago, she’s not been able to go anywhere without significant assistance from others.”

“I think it’s wonderful to have them come to me, then I don’t have to get dressed and go out,” Maccene said. “When you get to be 106 you don’t run much, you’re lucky if you can walk,” she chuckled.

Ultimately giving people like Maccene, concerned citizens with limitations, the same experience and opportunities at the polls.

“You have answered all content, are you ready to submit your ballot?” Maccene continued to read.

“I voted!” she exclaimed.

“You voted!” her helper shouted back, followed by a round of applause from the room.

As of now, Utah County is the only place in the state to test out the mobile voting pilot program.

The County Clerk’s Office said the app is significantly more secure and reliable than their current system.

The results from the app will go through a strict auditing process to make sure there are no issues. Once those results come back, other counties in Utah will look to implement it as well.