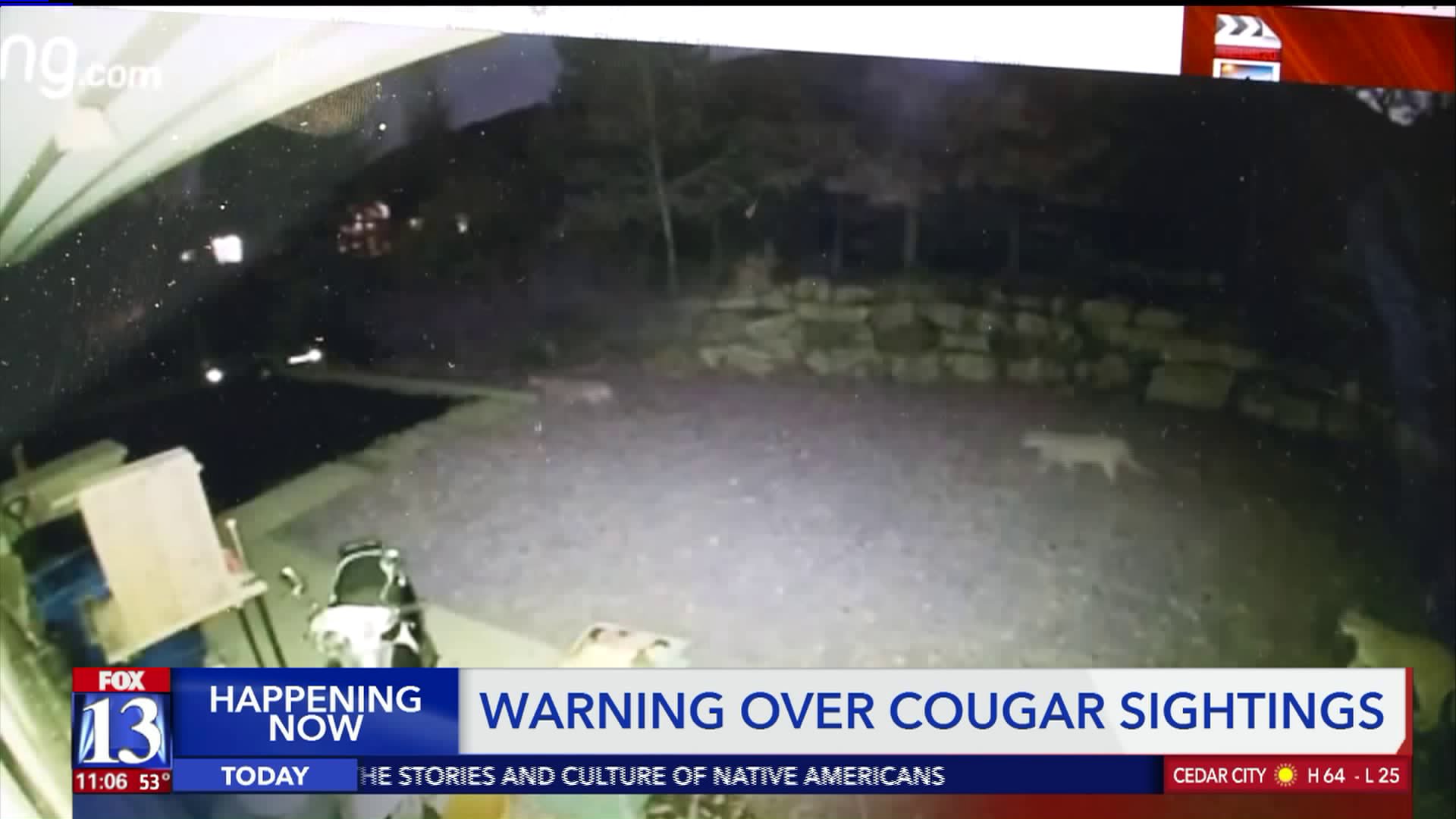 The cougar sightings prompted a warning to nearby schools 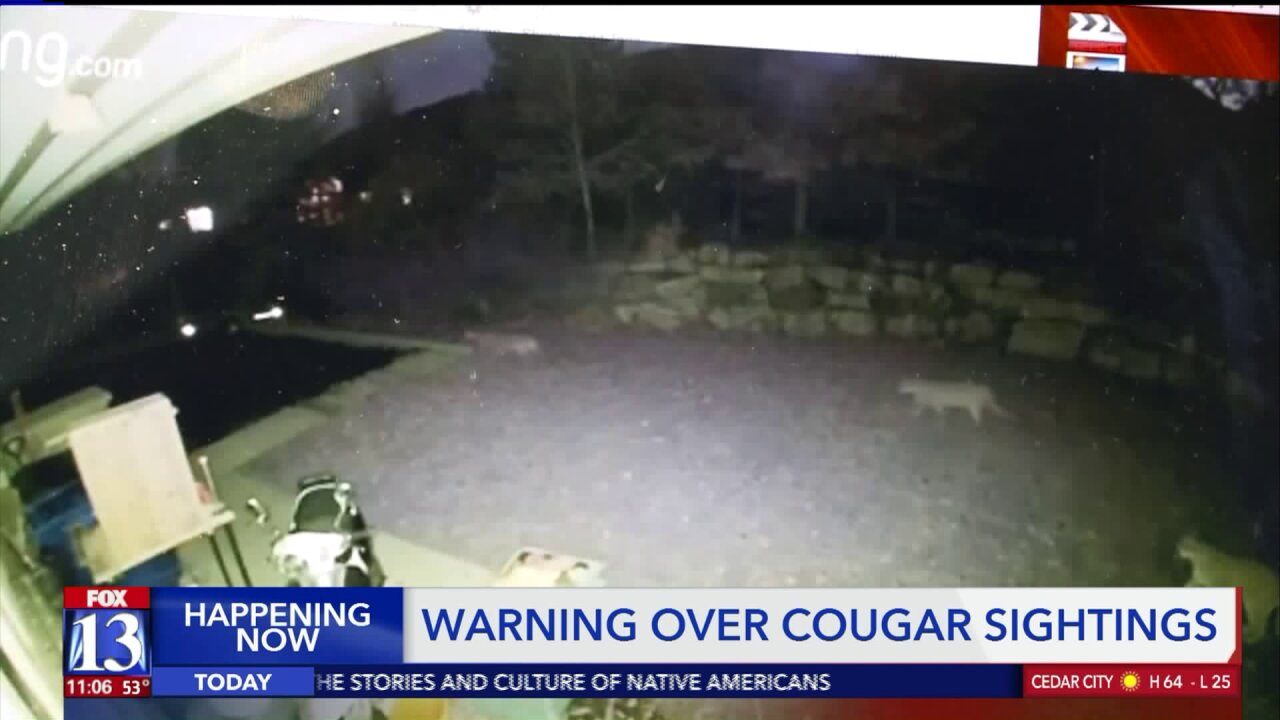 HOLLADAY, Utah -- Two schools were sheltering in place after several cougars were spotted in the Olympus Cove area Tuesday morning.

Those protocols were lifted as of just before 9 a.m. but schools will not hold outdoor recess Tuesday and parents are cautioned to supervise children who walk home from school.

Jaimi Slade said three cougars wandered into her backyard and were feasting on a deer carcass. Cameras on her property show the animals moving around.

"We've had cougars and mountain lions come up the driveway before, and we've caught them on this camera on this tree right over here, but we've never had them stay for dinner," Slade said.

Slade said the animals left after about three hours. Wildlife officers came and removed the carcass, but told her there is a chance the cougars may return to look for the food they left behind.