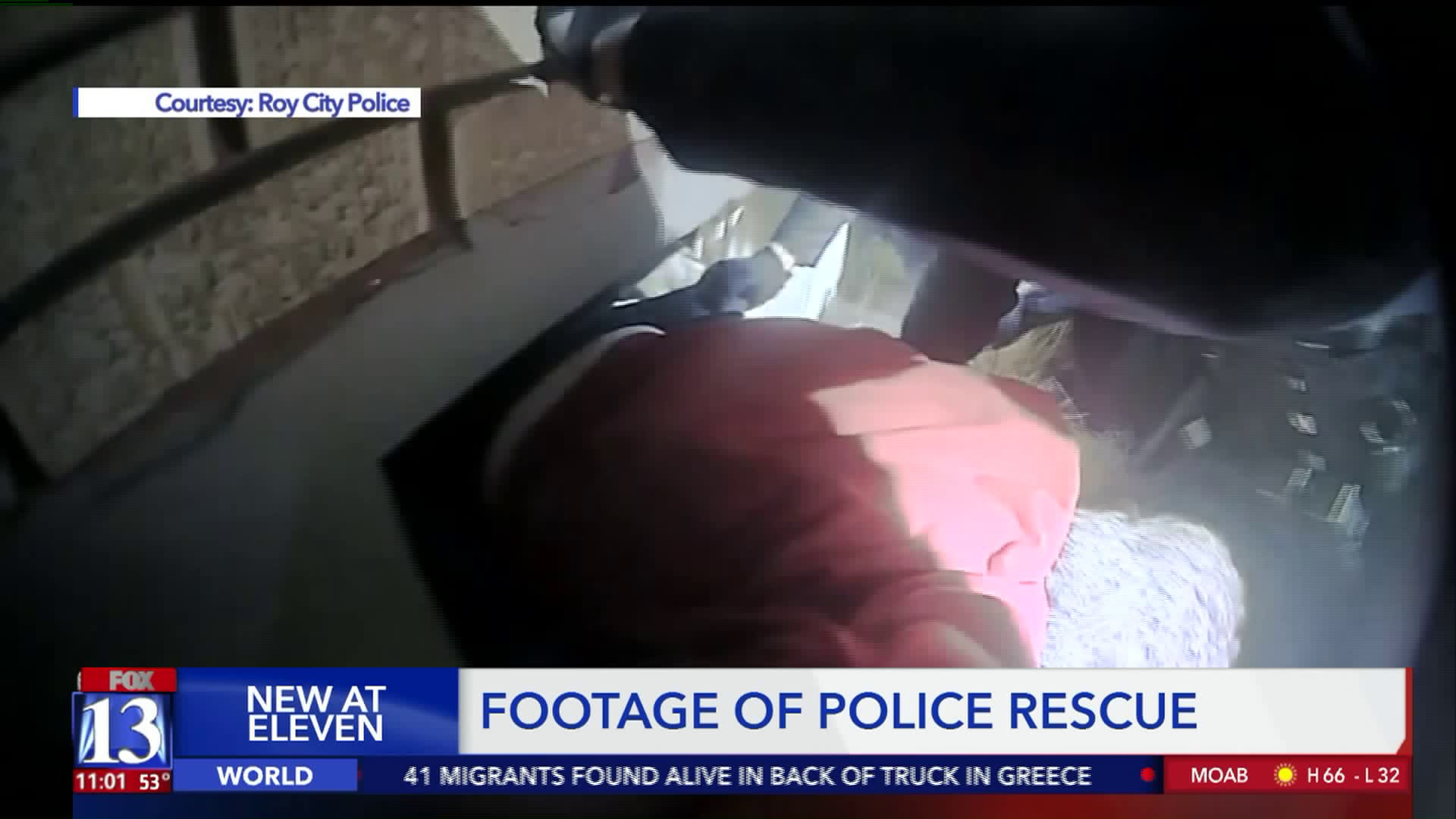 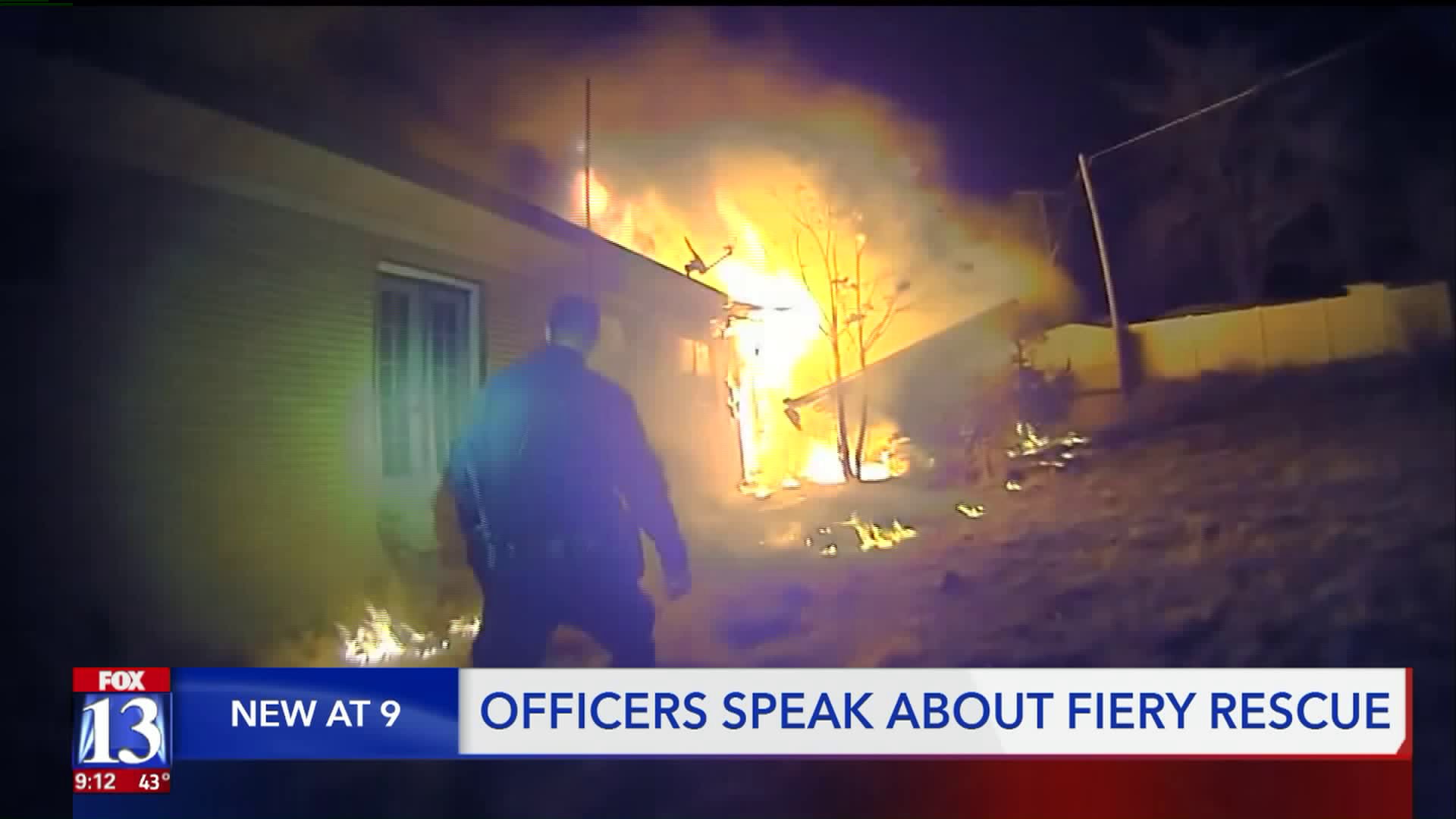 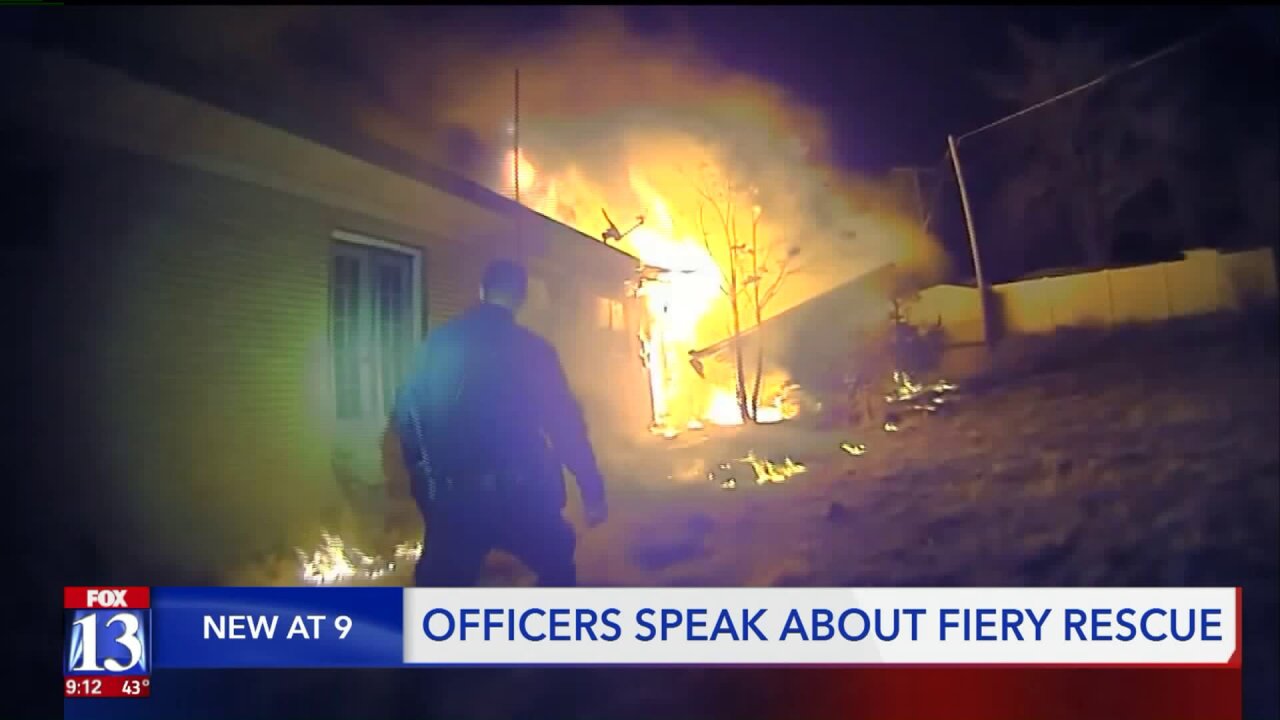 ROY, Utah -- Three people were taken to hospitals and several police officers were treated for smoke inhalation after the officers smashed out a window to rescue residents from a burning home in Roy.

The fire had begun between a car port and the attic of the home. Several police officers helped two people escape the basement of the home before firefighters arrived on the scene.

"I think a lot of times you'll see, especially here in Roy but all over the place, officers are more than willing to help people out—especially on something that... we can't always help on," said Officer Josh Taylor of the Roy Police Department. "Especially a house fire. We don't know how to fight a fire."

Officers broke a window to help the residents escape. A third person was rescued later. Those three and several of the officers were treated for smoke inhalation and released. There were no major injuries.

Officers credit a smooth rescue to the great communication they had between agencies, which involved Riverdale Police Department and the Weber County Sheriff's Office.

"We actually kicked in the back door cause we were trying to find other means to get inside because that window was not giving," Officer Zach Jones of the Roy Police Department said. "When it seems like everything's crashing down and it might be over, just keep calm, keep pushing and figure out a solution to make it work out in the end."

"I think that was going through all of our minds is we weren't going to be able to get them out," Roy Officer Cash Ricks said. "I think we all just pushed that thought to the back of our minds and just kept striving forward and had the motivation to get those people out no matter what — just get them out."

The cause of the fire and extent of the damage have not yet been determined.