BYU is back on track for a potential bowl game 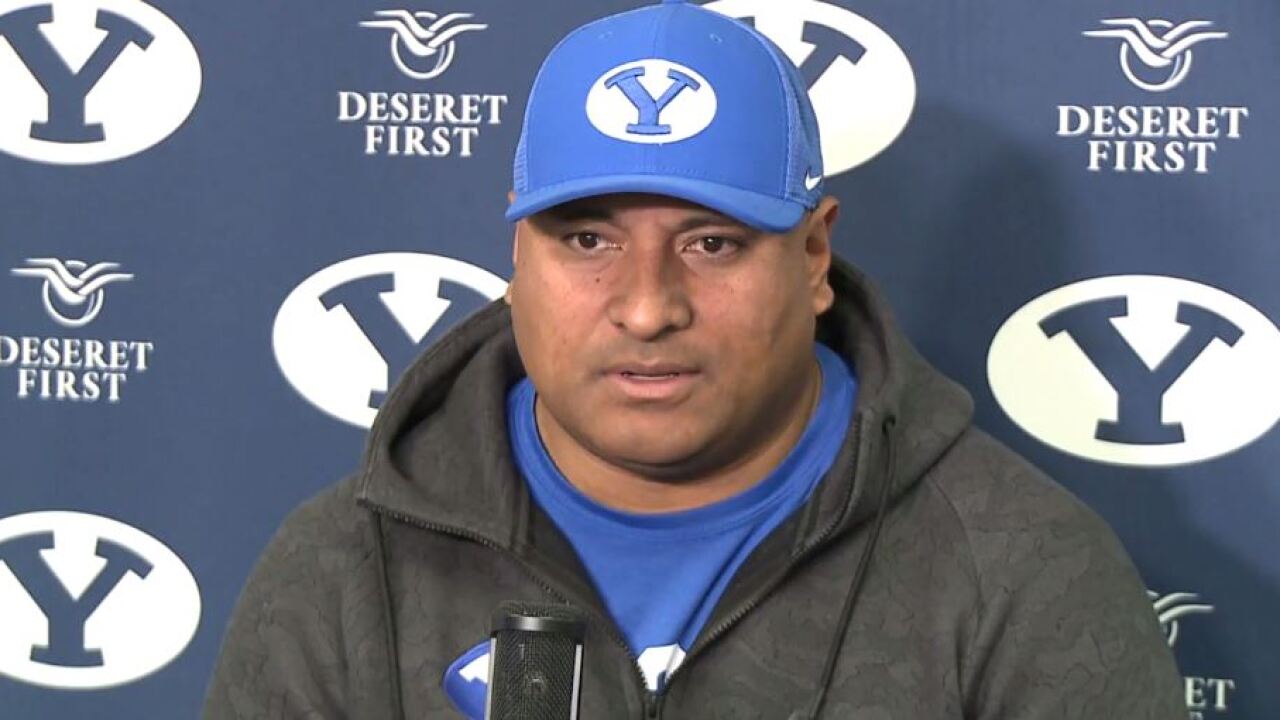 PROVO, Utah — Just when you think BYU is out of a bowl game, the Cougars turn it around.

After an upset win over ranked Boise State and a 28-point victory over in-state rival Utah State, Head Coach Kalani Sitake says nothing has changed other than the urgency that they're fighting to play one more game.

The Cougars played two quarterbacks on Saturday during the win over the Aggies. Jaren Hall in the first half and Baylor Romney in the second combined for a total of 405 passing yards. In addition, BYU rushed 221 yards for four touchdowns.

This week, they gear up to face a team they're never seen before: the Liberty Flames, who are 6-3 on the season. The 4-4 Cougs have the home-field advantage and Coach Sitake is excited about the momentum the team has going for them right now.