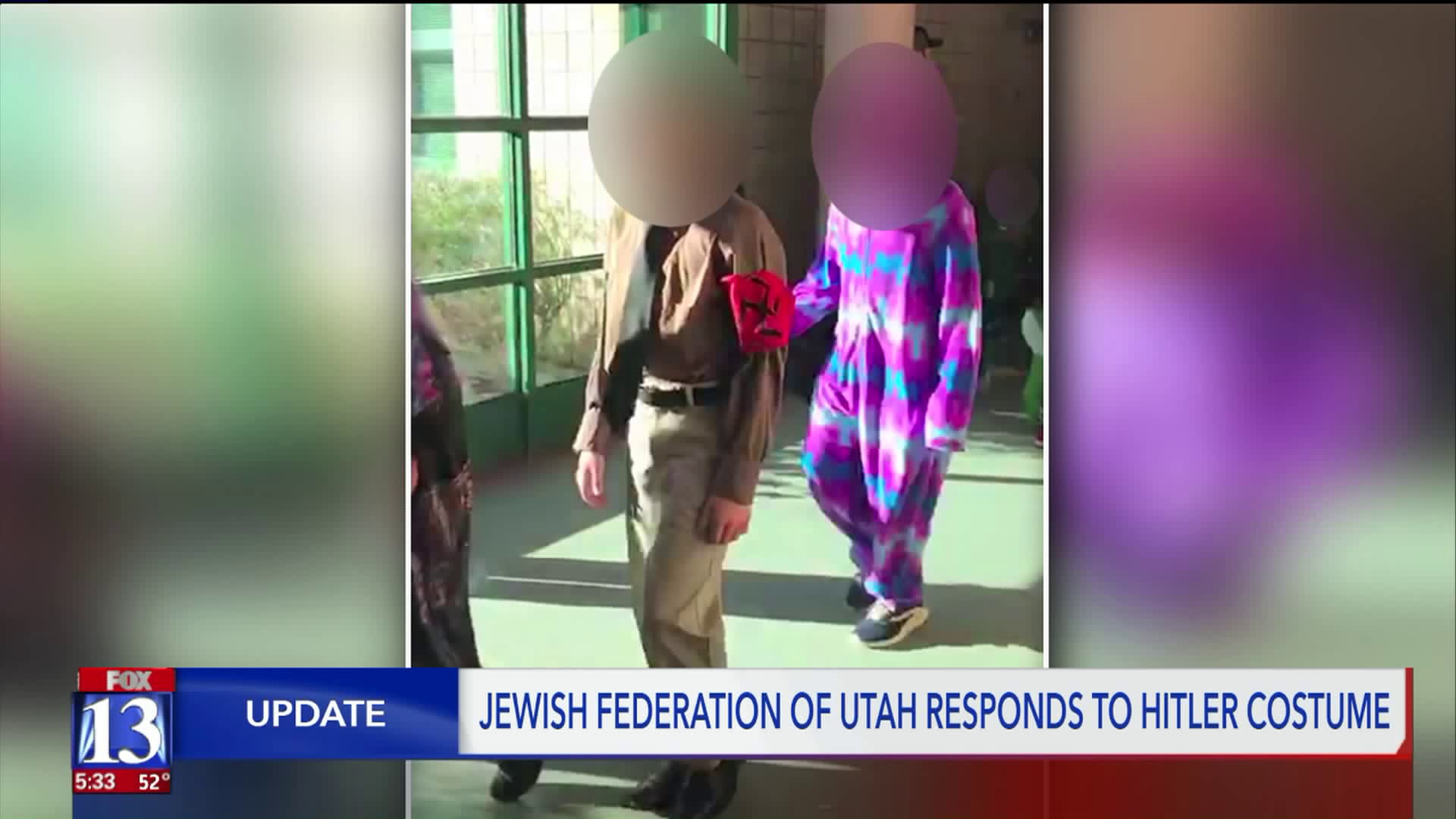 A Utah Jewish organization said it hopes a situation at a Kaysville elementary school where a child dressed as Adolf Hitler for the school`s Halloween parade will lead to a discussion and change within the school district. 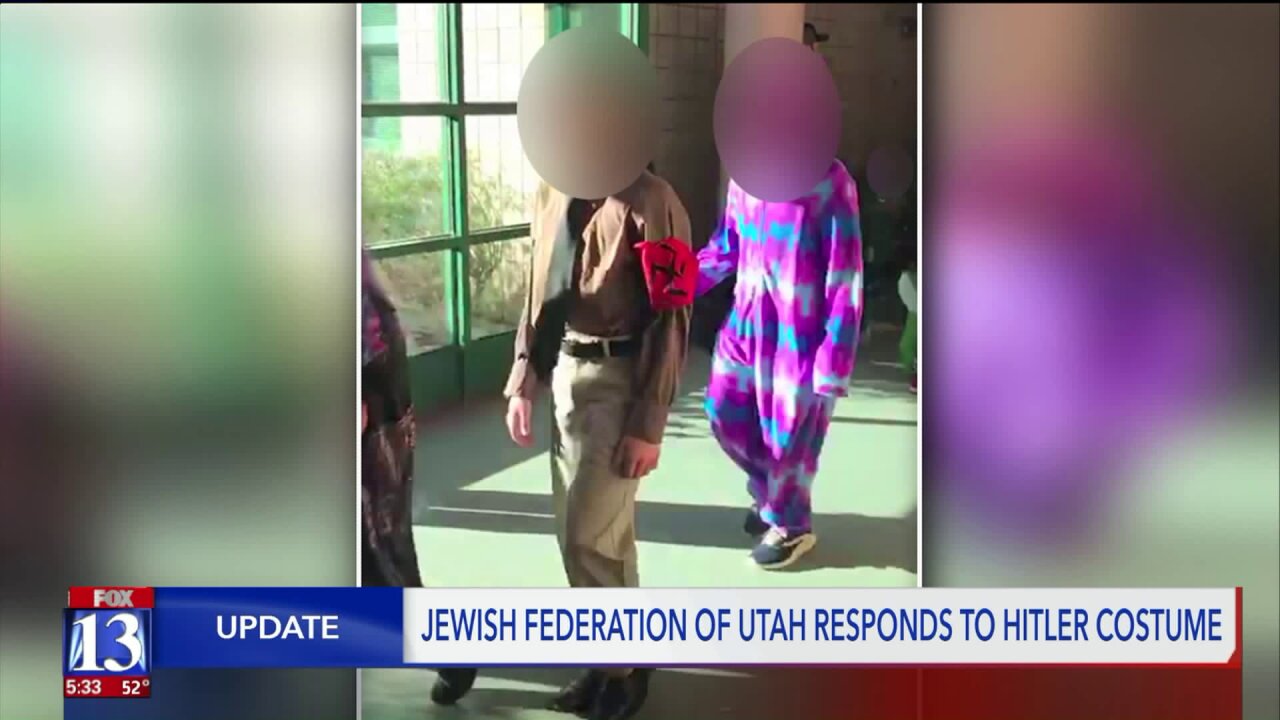 KAYSVILLE, Utah — A Utah Jewish organization said it hopes a situation at a Kaysville elementary school where a child dressed as Adolf Hitler for the school’s Halloween parade will lead to a discussion and change within the school district.

The United Jewish Federation of Utah said Monday they want the Halloween parade incident to create an opportunity for learning and education, and they plan to speak with the district about implementing an anti-hate curriculum.

In a hallway at the Jewish Community Center in Salt Lake City, the Price Family Holocaust Memorial is filled with pictures taken decades ago that serve as reminders for a turbulent, tragic time in history.

“Disbelief, horror,” the federation's executive director Alex Shapiro said of the pictures circulating online, that were taken much more recently.

They’re from a Creekside Elementary School Halloween parade last week. Parents said a student dressed as Adolf Hitler walked in the parade with a Hitler salute, making two full laps around the school in his costume while parents watched.

A mother told Fox 13 the boy later directed the ‘Heil Hitler' salute toward minority children at recess, including her own son.

While many online expressed that they thought the costume was okay — citing reasons like freedom of speech and expression, to Hitler being a scary person and therefore appropriate for Halloween — Shapiro said this is classified as a hate incident.

“It's horrible and mortifying that something like that was allowed to happen, and a child wasn't asked to be removed from the parade,” Shapiro said.

He pointed out that images of Adolf Hitler bring up memories of the Holocaust, and the terrible, emotional time Jewish and non-Jewish people went through during WWII.

Shapiro described the difficulty of seeing a child dress as the dictator behind genocide and the murder of 6 million people.

“The message is that we haven't learned from our past,” he explained. “Conjuring up memories of hate, and extermination, classes.”

He now wants to meet with the Davis School District to talk about implementing a nationwide, anti-bias school curriculum by the Anti-Defamation League.

The curriculum, Shapiro explained, is an interactive program centered around promoting anti-hate, anti-bullying and inclusivity. He said the program can be implemented in elementary school, as well as in high school.

The group spearheading bringing the curriculum to Utah has already met with several Utah schools, he indicated.

“Now is the time to have a conversation around what can we do to teach the students ... about bigotry, bias, hate, anti-Semitism,” Shapiro said.

What he hopes comes from this, Shapiro said, are conversations. Conversations around the significance and impact of this event, and a chance to implement the anti-bias program.

The Davis School District said Monday they don’t have any updates on the investigation into the incident, which prompted the district to place the Creekside Elementary School principal and a teacher on paid administrative leave.