Bionic leg being developed in Utah could change amputees’ lives 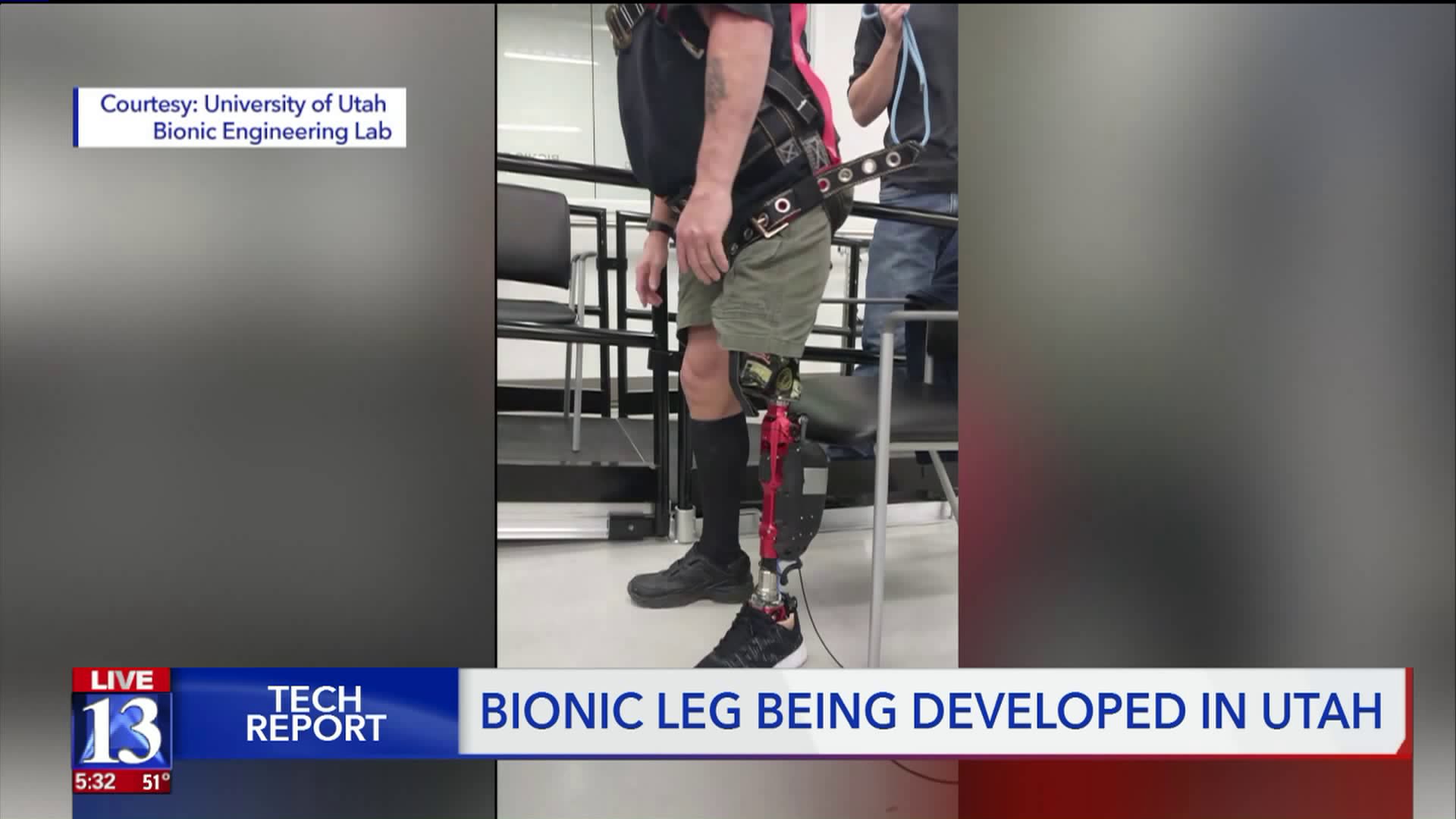 The Bionic Engineering Lab at the University of Utah is working with a prototype bionic leg and the team behind it say they want to improve the lives of amputees around the world. 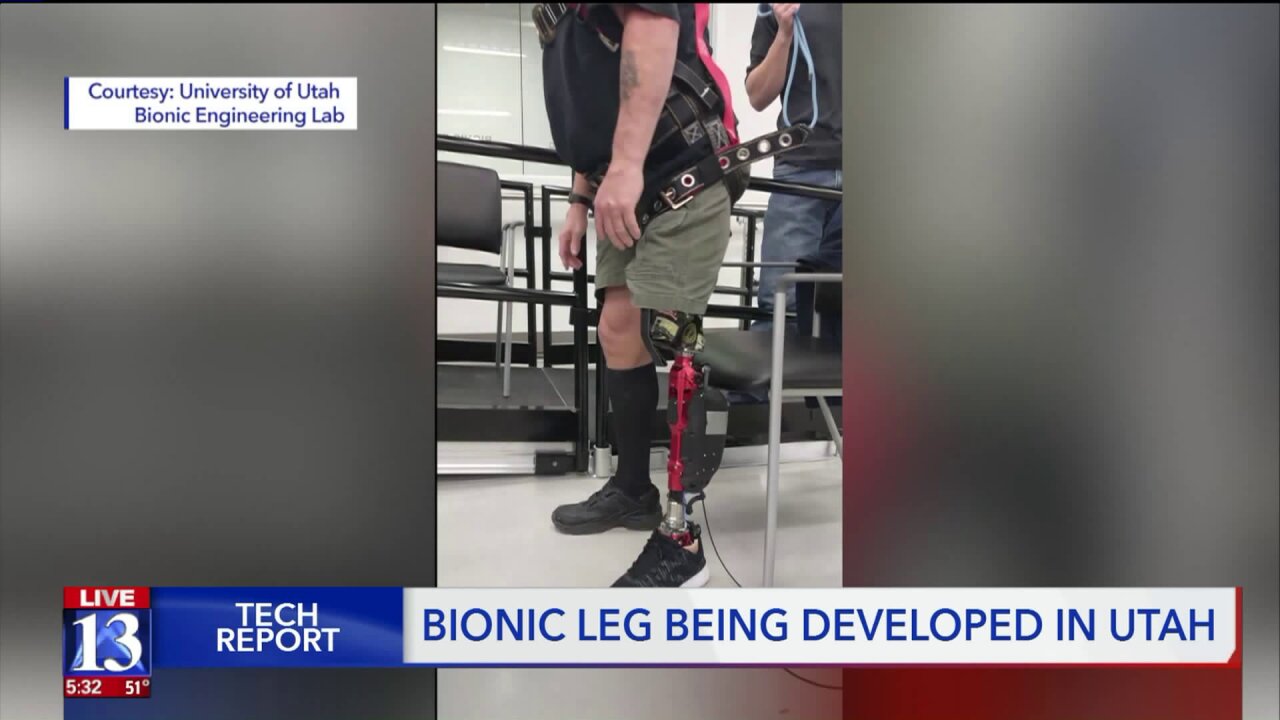 SALT LAKE CITY — The Bionic Engineering Lab at the University of Utah is working with a prototype bionic leg and they hope it will improve the lives of amputees around the world.

Kerry Finn is one of 10 people who've been testing it. He lost his left leg due to complications with type 2 diabetes, but this new bionic leg is giving him hope.

"Walking on it at first was like walking on a trampoline with one leg. You’d bounce. But once you got used to it, and they did all the adjustments, the feeling is fantastic. It’s a whole new world,” Finn said.

The team working on this says the bionic leg will help improve the lives of amputees by letting them walk faster and for longer than they can on the current prosthetic leg.

"It also assists me with walking upstairs. I’m able to take two steps at a time which I have not done in 3 years of losing a leg," Finn said.

A lot of the benefits gained from the bionic leg are thanks to the computer processor, the motorized joints in the ankle and knee, and how lightweight it is.

This is something that Tomasso Lenzi, the Director of the Bionic Engineering Lab at the University of Utah, is very proud of.

“It’s actually lighter than the biological leg for most people. We think this is very important because of the comfort. We want people to be able to use it in everyday life and put it on all day,” Lenzi said.

Before this bionic leg can be taken home, it needs to undergo more rigorous testing and have more adjustments made to make it ready for the real world outside of a testing lab environment.

One of the main priorities is making it waterproof so the electronic parts won't be damaged should the user get caught in the rain.

"The fundamental components, the behavior of the leg, the efficiency, the weight, the main issues that we thought were important to address have been addressed with this prototype," Lenzi said.

While in use, the bionic leg's programming can be adjusted on the fly via Wi-Fi. This stops the testing process from being slowed down and means it doesn't have to be tethered to a portable computer in order to be used.

Bionic engineering graduate student Sarah Hood says amputees testing the leg needed to start from square one because it's not the same as their manual prosthetic leg.

"It is kind of like being a kid again," she said. "They have to learn to relax and let the leg do the work rather than them having to do the work. It’s sometimes a little bit tricky."

All of this hard work isn't stopping Kerry Finn from looking to the future.

“I felt if I could do anything to further the cause of prosthetics and how they work, I thought it would be a good thing, even if I don’t get to see it in my lifetime,” he said.

The engineers working on this bionic leg think it will be ready to use in the next 5 to 10 years.

They also think that as technology improves, there's a potential this work can be applied to a bionic leg for kids too.