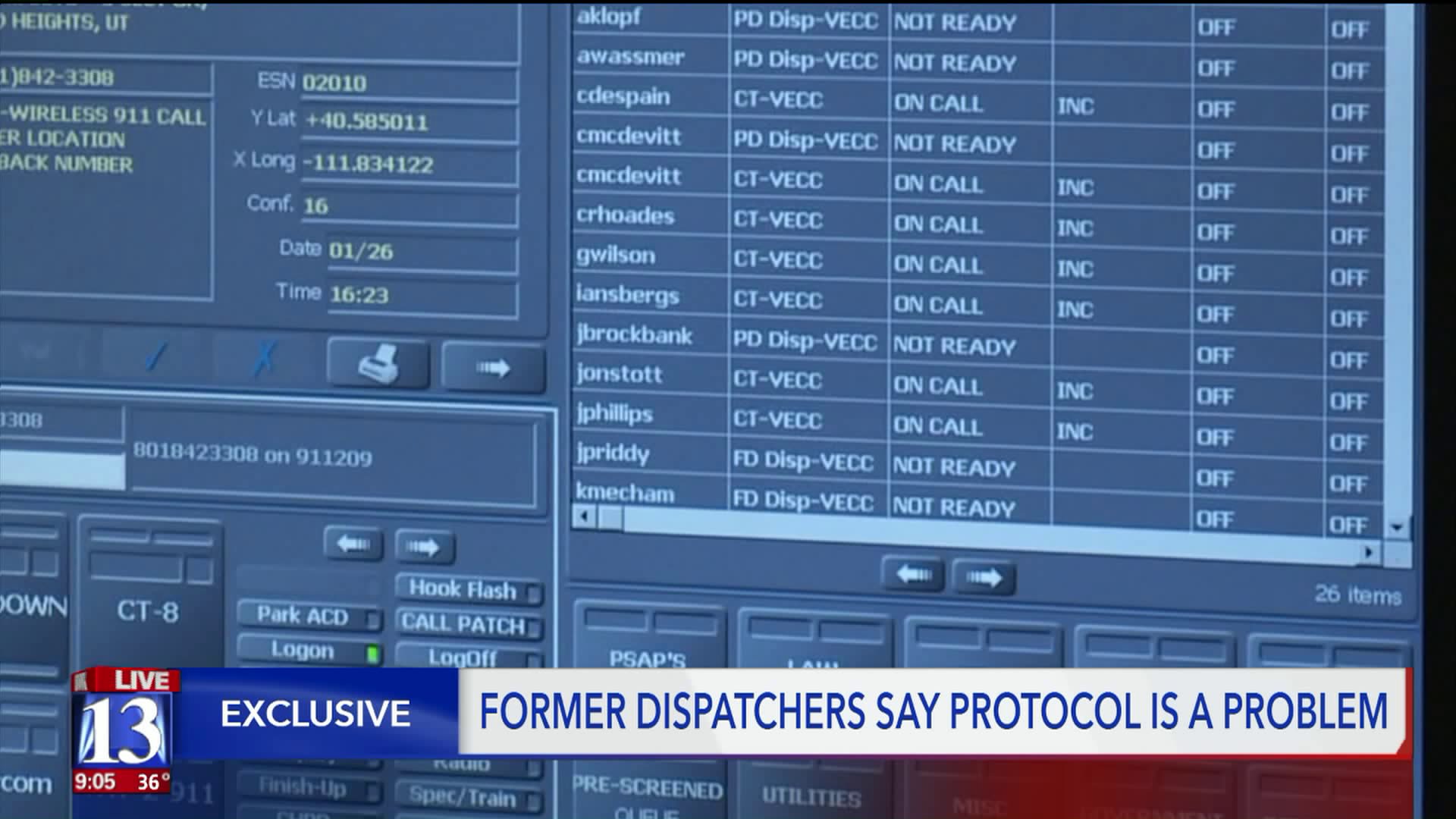 The 911 dispatch protocol at the center of a lawsuit is causing two former dispatchers to speak out Friday. 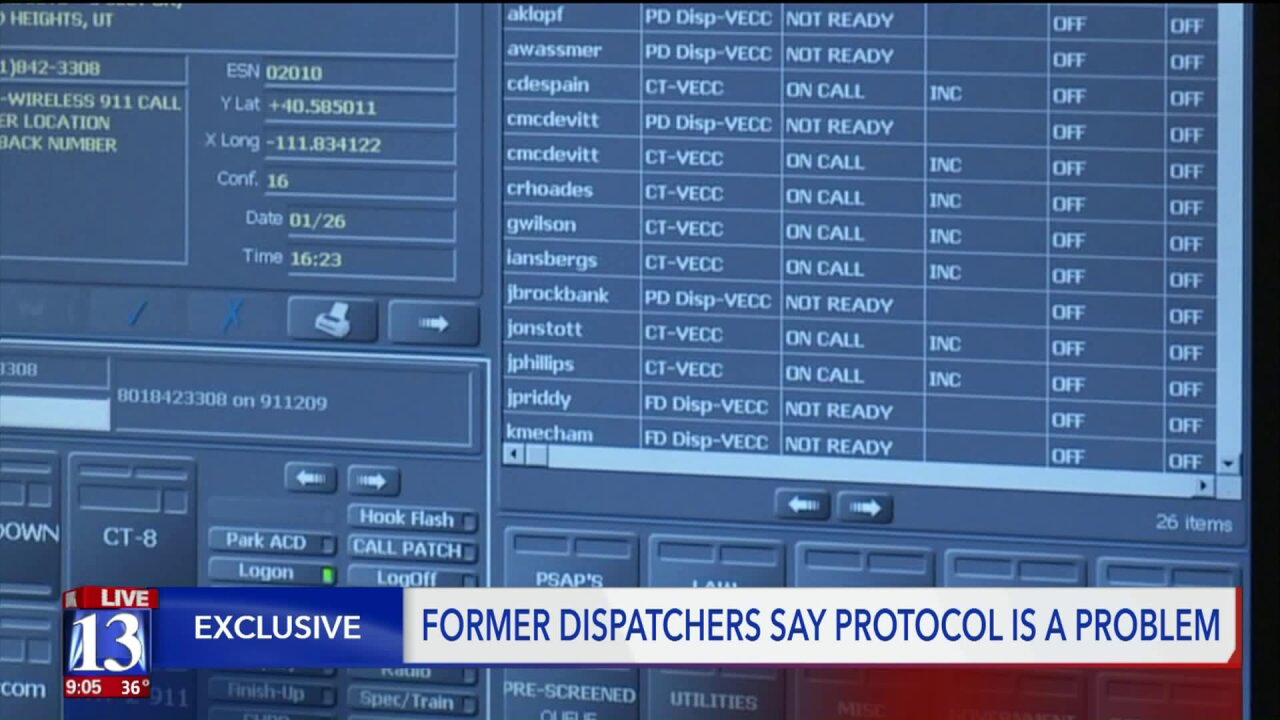 SALT LAKE COUNTY, Utah — The 911 dispatch protocol at the center of a lawsuit is causing two former dispatchers to speak out Friday.

“I had a dad on the phone one morning that his two-year-old wasn’t breathing. He was a twin. He ended up passing away," Carter said. "I’m like, 'This is taking too long.' It was horrible."

The protocol requires dispatchers to ask a series of questions, often more than once, before the information is passed on to police. Questions, Carter said, make a critical situation even worse.

“It caused a lot of stress. Unfortunately that stress got the best of me and I had to take a long-term disability,” Carter said.

Buck spent 30 years working as a dispatcher in Salt Lake County. Like Carter, she said the questions prolonged the calls while also frustrating the caller and the dispatcher.

“In my opinion, it just doesn’t go as smoothly as it used to be. You don’t exactly know what’s going on as a dispatcher because it’s just fractured information,” Buck said.

A dispatcher’s performance is tied to the questions; if they go off-script, they’ll be considered “non-compliant” and could lose their jobs. The women argue 911 police calls should be treated individually.

“There were so many calls where minutes could have been saved if we didn’t have this protocol,” Carter said.