Davis Co. principal and teacher on leave after boy dresses as Hitler in school parade 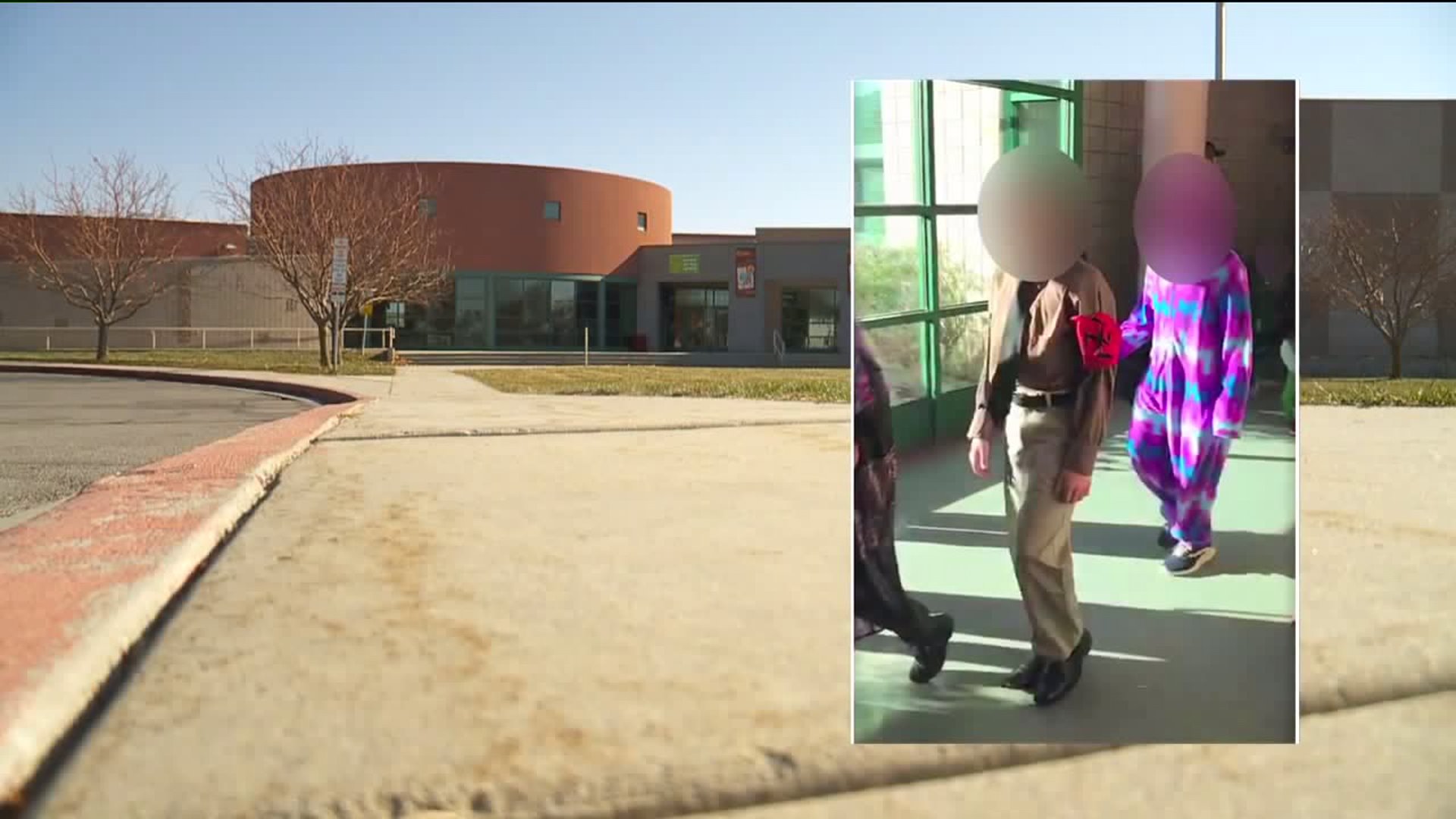 Parents react to photos and videos showing a child dressed as Adolf Hitler during a school Halloween parade. 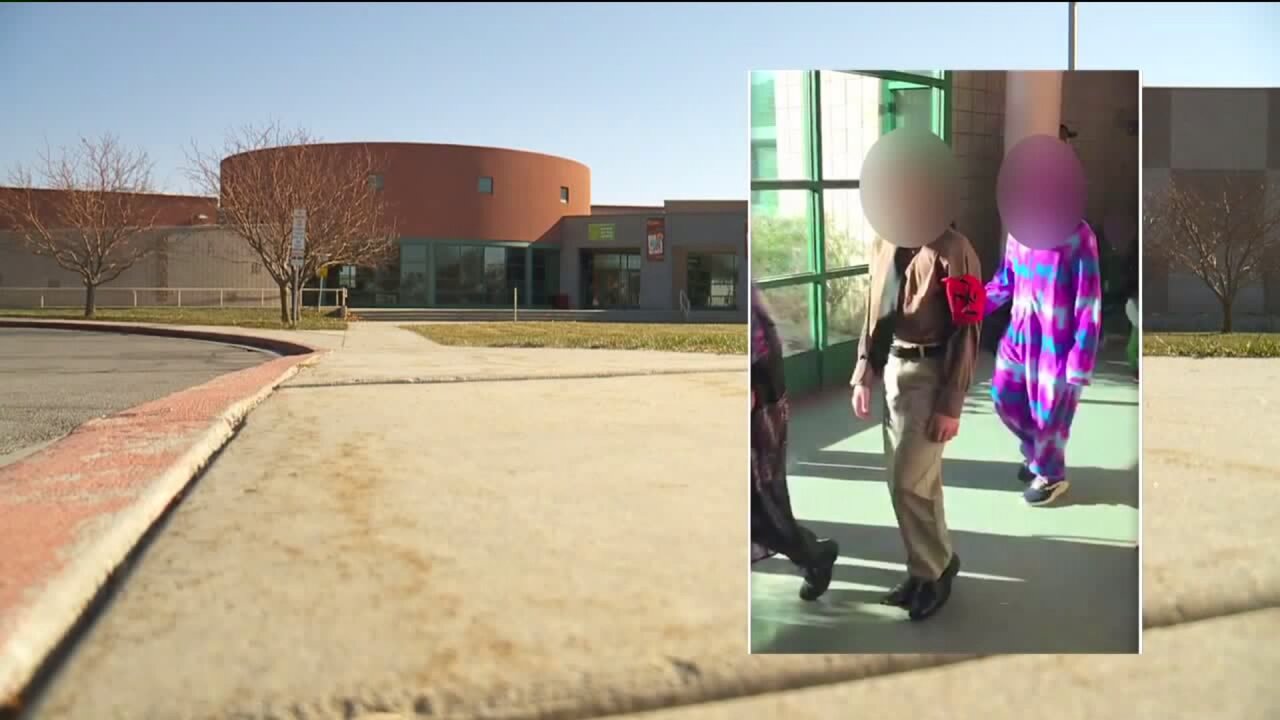 DAVIS COUNTY, Utah — A principal and a teacher at a Davis County school are on leave after a boy dressed as Adolf Hitler marched in the elementary school's Halloween parade.

A photo and video obtained by FOX 13 shows the boy participating in the annual Halloween parade at Creekside Elementary School in Kaysville.

In the photo and video, the boy can be seen wearing a dark shirt and tie, light slacks and a red swastika armband. He also appears to be wearing a black mustache.

Two parents who said they watched the parade told Fox 13 the boy was also doing a Nazi salute. One parent said the boy was directing the salutes toward minority children at the school.

Those parents are wondering why the school allowed the boy to walk in the parade.

"There was a lot of whispers," said one mother, who wanted to remain anonymous. "There [were comments] like, 'What is going on? I can't believe that they allowed him to do that.'"

The mom said her 3rd grade son described what happened after the Halloween parade ended.

"[The boy] was on the playground at recess being antagonistic towards minority children, by throwing the 'Heil Hitler' sign up," the mom explained. "And he was doing it to specific children."

She said her son was one of those children. The mother said she called the school the day after Halloween to complain. She said the school told her the boy was removed from the parade, told to change, and his parents were called.

But the school also told her something that bothered her.

"It was kind of like excused. I was told that [the school] thought he was Charlie Chaplin," she said. "And like, he has a whole swastika on his arm."

"He had to have been seen by his teacher, by multiple people," the mother said.

The second parent told Fox 13 that the boy made two laps around the school in the parade. During the first lap, the parent said, the boy walked with a Nazi salute. The parent took a video of the boy walking during the second lap.

The Davis School District would not confirm what action the school took on Thursday. They confirmed the photo was taken at Creekside Elementary, and sent a statement about the situation:

"The Davis School District apologizes for what took place yesterday. It does not tolerate speech, images or conduct that portray or promote hate in any form.

The district is taking the matter very seriously and is investigating every aspect of the situation.

The principal and teacher have been placed on paid administrative leave."

The district did not identify the principal or teacher involved.

The United Jewish Federation of Utah issued a statement, saying "Almost all Jews and Americans regard Hitler and Nazi Symbols as signifiers of the worst hatred, racism and crimes against humanity that the world has known."

The mother who complained said she was sad and angry, and that it was upsetting her son was targeted. She said she felt it was "completely inappropriate" that this happened at a school.

"Hitler is hurtful. It's hurtful to people," the mother said. "It's a horrible part of the world's past. So, it shouldn't be glorified at all."