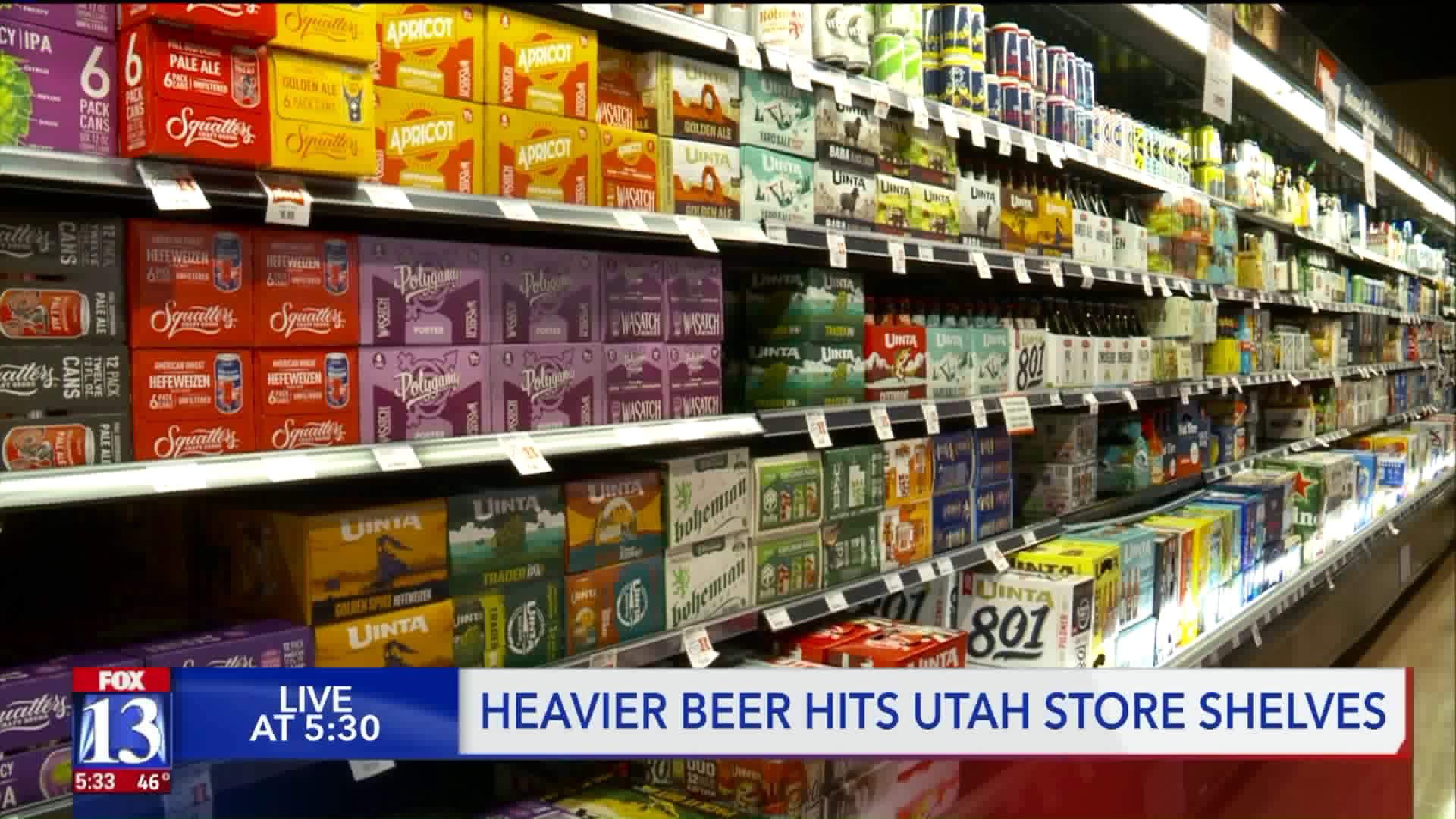 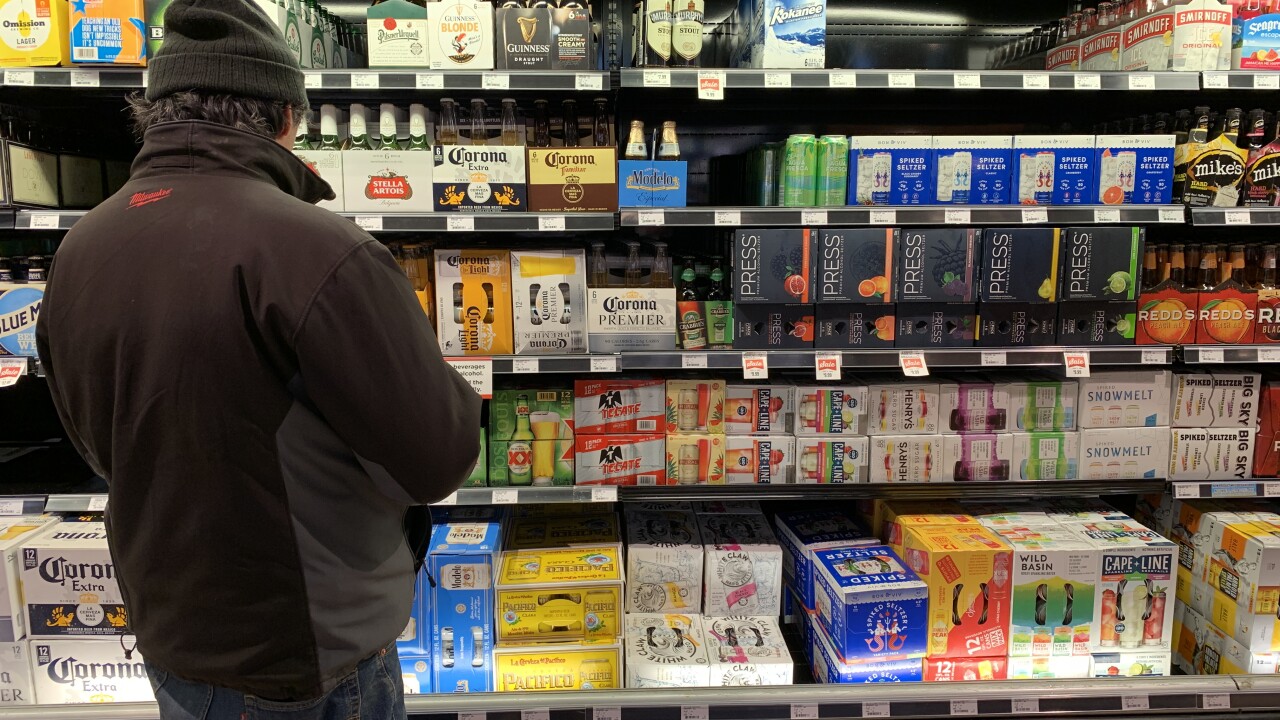 "No, no, no," she said. "I lived in California at one time and you could go to the grocery store and get beer and wine."

Utah ushered in a new era in alcohol policy on Friday when it dumped what is commonly known as 3.2 beer (alcohol by weight) for a slightly heavier 5% alcohol by volume (4% alcohol by weight).  It meant beers sold exclusively in state-run liquor stores could now be sold in grocery and convenience stores and brands that would never water down their beer for Utah can sell here.

More than 100 new beers are coming in to Utah as a result of the law change, said Nicole Dicou, the director of the Utah Brewers Guild, which represents local craft breweries. She said brewers are excited for new opportunities and some breweries have created new recipes or refashioned popular titles for the occasion.

"It's the first time the statute has changed since Prohibition, so it's a very exciting day for beer brewers as well as beer consumers," Dicou told FOX 13.

Utah was forced to change its alcohol content when bigger beer drinking states like Oklahoma and Kansas dumped their 3.2 beer for heavier alcohol content. Mega-brewers said they would cease making it. Utah, which is dominated by The Church of Jesus Christ of Latter-day Saints (whose members do not drink alcohol), comprised less than a half-a-percent of all 3.2 beer drinkers in the nation.

As a result of compromise legislation, Utah is jumping slightly in alcohol content. That included a "beer availability task force" to study the impact and a 30 cents-a-barrel excise tax (which may trickle down to consumers). Supporters of the beer change also agreed to pursue no more legislation or even a citizen ballot initiative for a couple of years.

Nationally, Utah still has some of the weakest beer.

"The 5% ABV is still the lowest in the country," Dicou said. "That's a needle we can move up. A lot of the brewers feel like the national average of 7% ABV is a sweet spot for what could work in our market. With all the changes in alcohol policy, this is one where we're catching up with the times."

November 1 was the day stores could legally sell the heavier beer. With brewers no longer making 3.2, stock dwindled over the past two weeks until there were only empty shelves across Utah. Listeners of the FOX 13 and Salt Lake Tribune-produced podcast "Utah Booze News" sent photos and videos, documenting the decline of product.

"It was kind of hard to stretch everything we had. The vendors were really good at working with us to keep us as in stock as they could, but it was slim pickings," said Nate Valdez, the manager of a Smith's Food & Drug in Bountiful.

Overnight, employees stocked shelves to make sure the new beer was ready for consumers.

Customers at grocery and convenience stores that FOX 13 spoke with were happy with the change.

"It looks good!" said Andre Jackson, who was shopping at a Harmons Grocery in Salt Lake City. "I'm glad we could get some good beer now."

The change also applies to taps. At Level Crossing in South Salt Lake, employees were switching out tap lines and making sure they were ready to begin pouring when customers showed up to try the new beers.

Head brewer Chris Detrick said he believed customers were going to like the changes.

"The beers are going to be delicious, as always," he said.