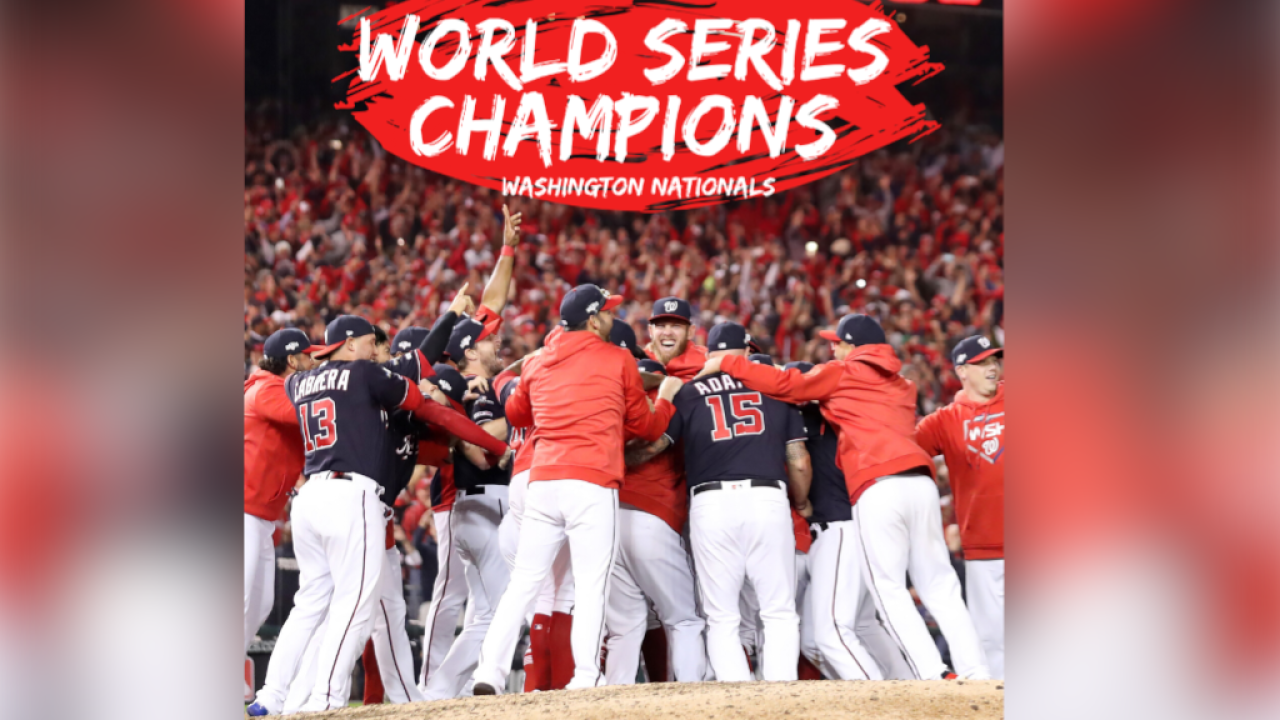 HOUSTON, Texas— After a hard-fought 7-game series, the Washington Nationals are World Series Champions. They defeated the Houston Astros 6-2 at Minute Maid Park in Houston, Texas in a series that saw all games go to the visiting team. The first time in the history of any major sports championship.

The first score of the game came in the bottom of the 2nd from a solo home run into left by Houston’s Yuli Gurriel putting the Astros up 1-0.

In the bottom of the 5th, Carlos Correa singled to shallow left scoring Gurriel, putting Houston up 2-0.

The Nationals began their charge at the top of the 7th when Anthony Rendon homered to left, making the score 2-1.

Rendon’s homer was soon followed by a base-hit by Juan Soto and a homerun by Howie Kendrick putting the Nationals up 3-2.

In the top of the 8th, Juan Soto singled to right, scoring Adam Eaton growing the Nationals lead to 4-2.

In the top of the eight with the bases loaded Adam Eaton singled to center, scoring Gomes and Robles butting the Nats up 6-2.