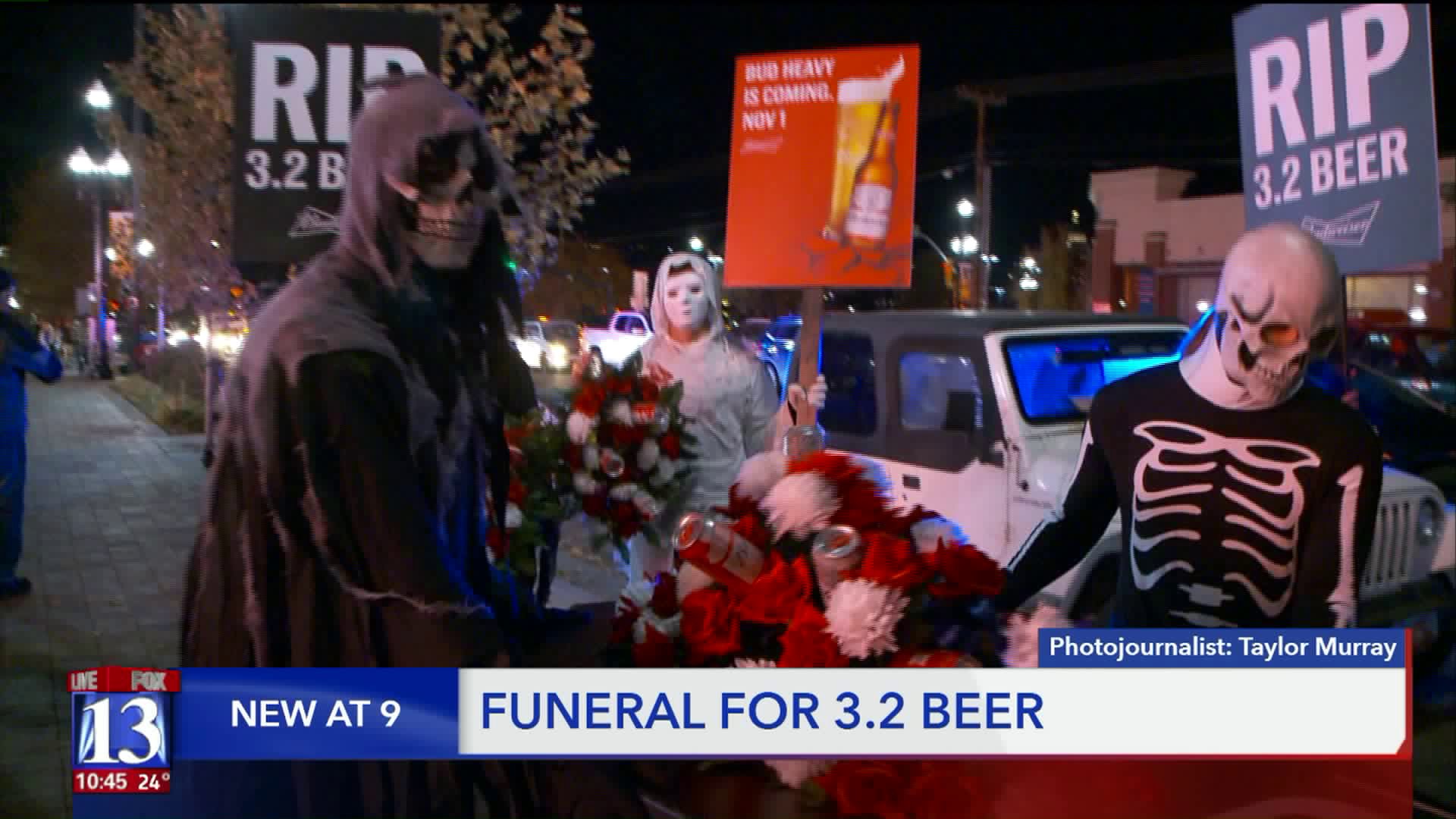 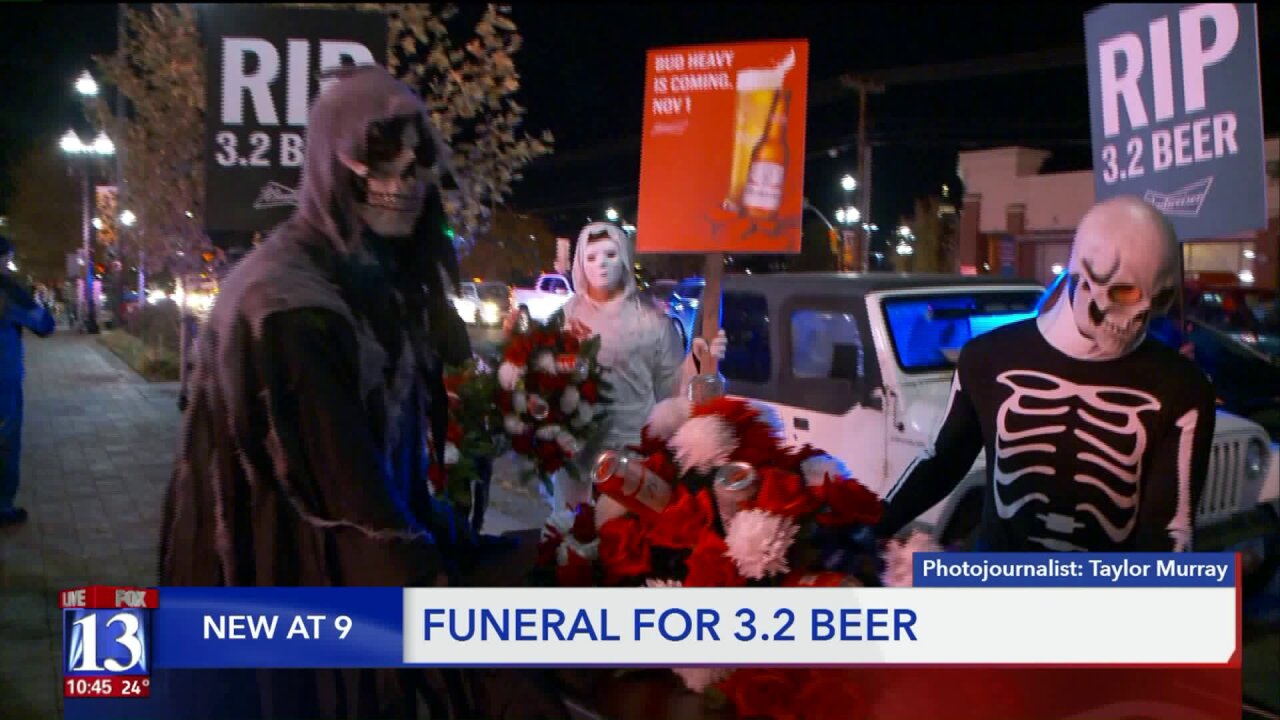 The iconic Budweiser Clydesdales led a funeral procession from the arena to some downtown bars.

Those who attended the event are not sad to see the old, lighter brews go.

“It’s been a good run, but its time for you to move on. We’re done,” said Stacy Manzaneres of West Valley City. “I think it’s a step forward for a lot of people here who would like to be treated like adults.”

The procession included people dressed like ghosts and goblins, carrying a casket. Beer drinkers say burying a regulation that has been around for decades, is cause for celebration.

“I’m just glad they are changing with the times, just catching up to the rest of the world,” said Utah resident Adam Beaton. “It’s about time.”

As brews with heavier alcohol content fill the space where the lighter brews once sat, beer drinkers are more than pleased to deliver the eulogy.

“It was really nice, God bless you,” said Samantha Andersen, as the 3.2 beer casket made its way down 300 West.

This was the first appearance of the Clydesdales in Utah since 2009.