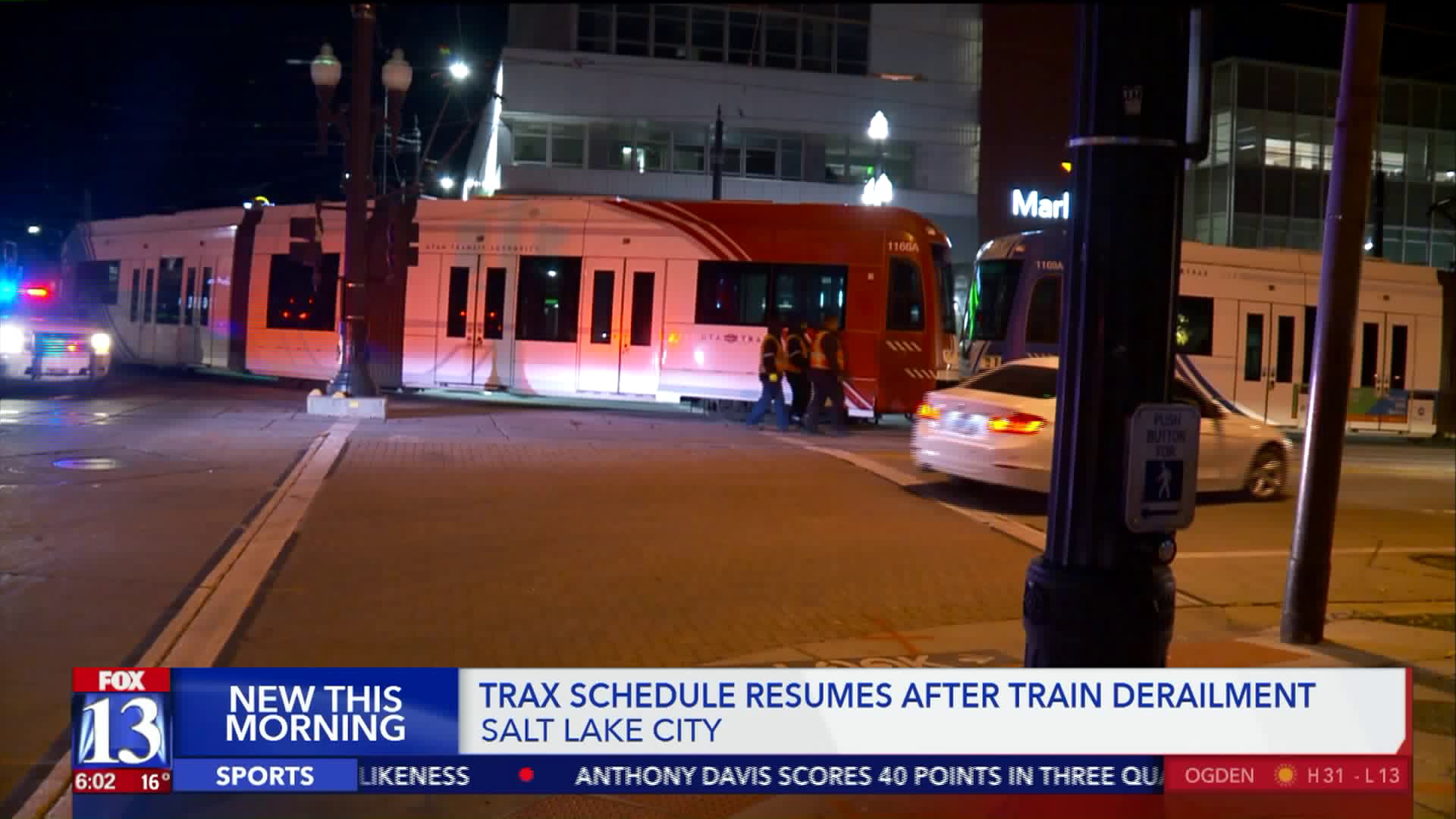 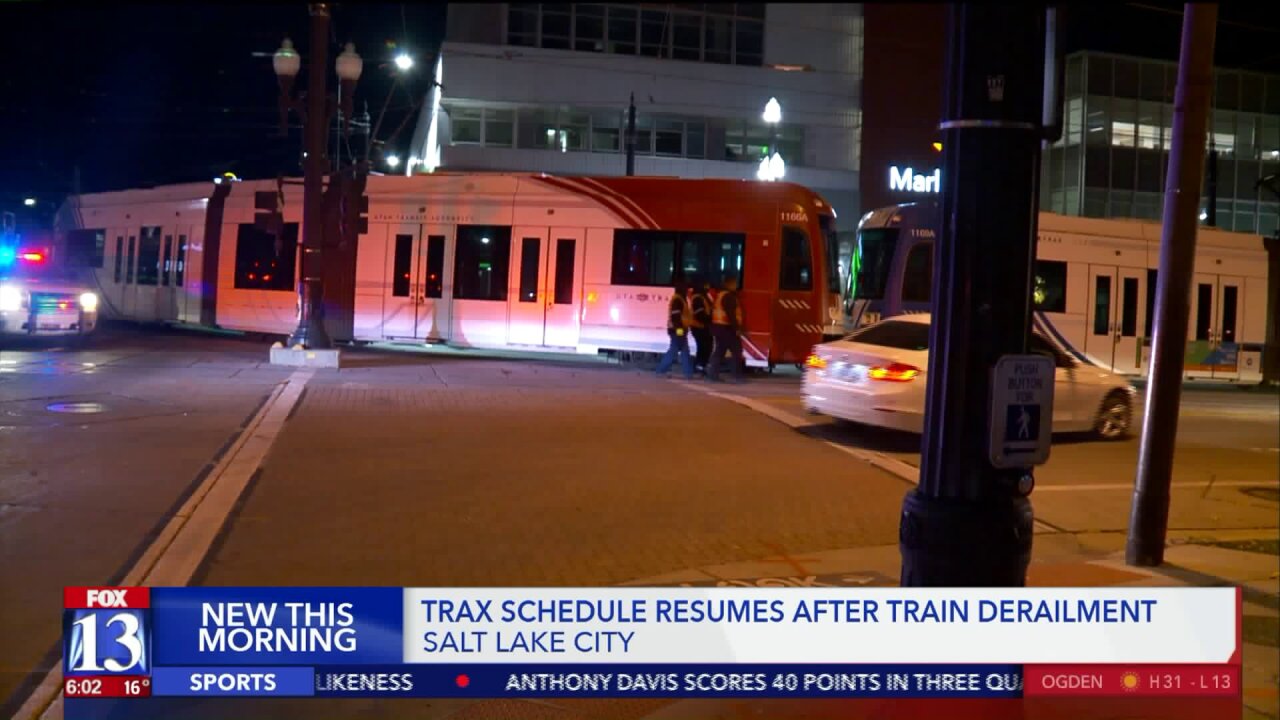 SALT LAKE CITY -- The Utah Transit Authority is working to get service back to normal after a TRAX train went off the tracks Tuesday night in downtown Salt Lake City.

Carl Arky, a UTA Spokesman, said a train car on the red line went off the track near 400 South and Main Street around 9 p.m. Tuesday.

The train has been taken back to a shop and crews were working to check the track and the wires above the track in the affected area Wednesday afternoon.

As of 5 p.m. Wednesday, The bus/walking bridge remained in effect at the Courthouse, Gallivan, and Library stations.

"Green Line trains will turn around at Central Pointe. Please dress warm and be prepared for longer wait times than usual," a tweet from UTA said.

UTA is still trying to determine why the train left the track. No injuries were reported.