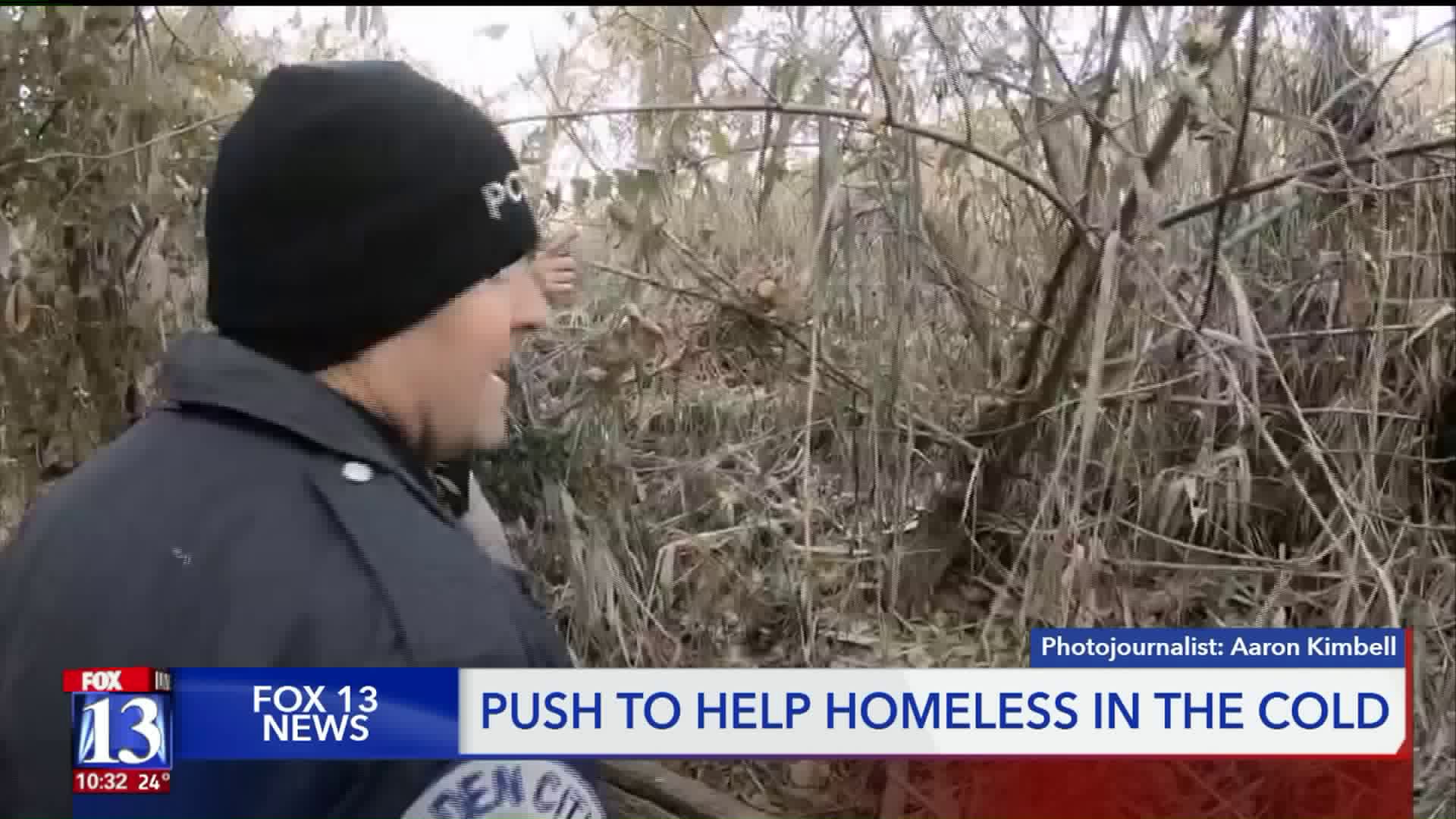 As the temperatures took a drastic tumble to end October, the Ogden Police Department tried to help locate those living in the elements and offer support. 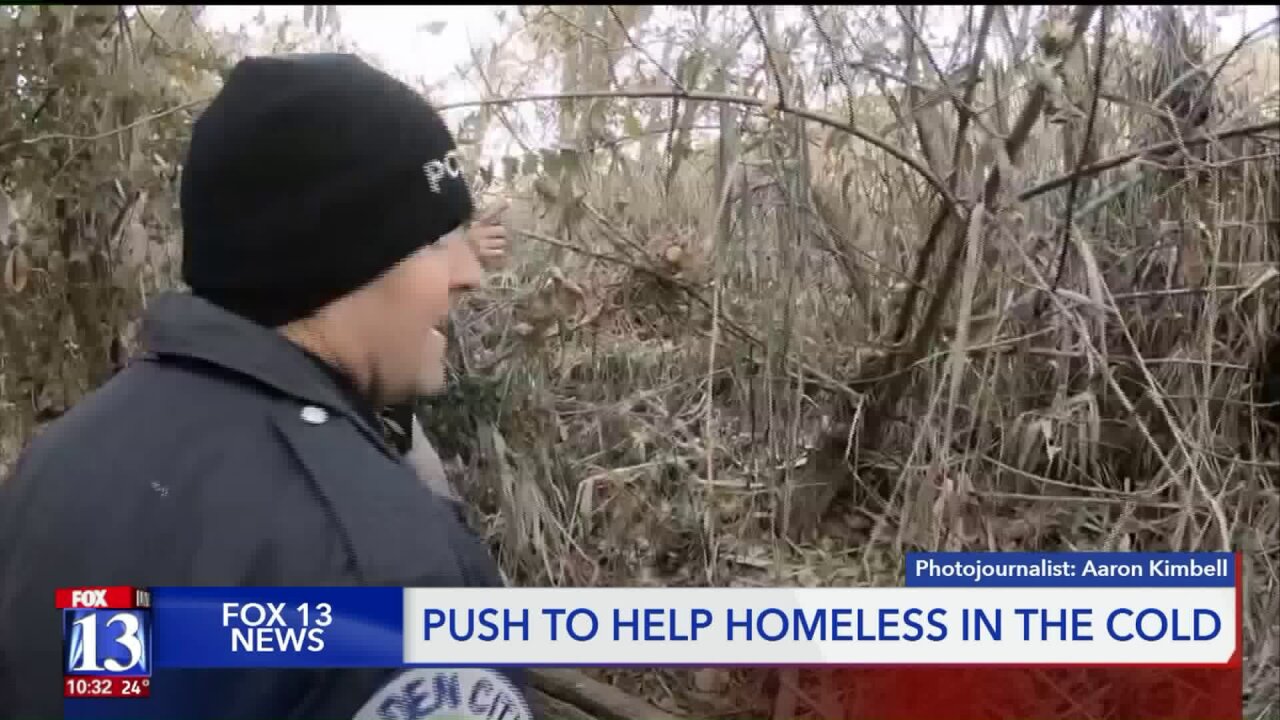 ODGEN, Utah—As the temperatures took a drastic tumble to end October, the Ogden Police Department tried to help locate those living in the elements and offer support.

Ogden Mayor Mike Caldwell asked the department to do a 'wellness sweep' to determine if any members of the homeless community are in distress or needed supportive services.

"Sometimes there's a misconception that we're going to be there to get them in trouble or try to come down on them," said Lt. Will Farr with the Ogden Police Department. "That's not our intent at all and I don't think that's a gap that's bridged overnight, I think that's an ongoing initiative and something we plan to continue to do."

Fox 13 joined officers on a foot patrol through Fort Buenaventura Park on Wednesday evening. In their sweep at the park, officers located an old tent and didn't come across anyone to offer services or donated clothing items.

However, throughout the past week, officers have come across individuals who they determined could use some assistance given the sudden drop in temperature.

"Earlier it was pretty cold and I warned them and told them 'hey, just so you know the weather's really supposed to be cold tonight, get to the shelters, get someplace to stay,'" said Ogden Police Officer Chavis Whitby.

The community of Ogden donated clothing items and blankets throughout the day on Wednesday.

According to Lt. Farr, the department came in contact with roughly a dozen individuals during the sweep.

Half were located downtown with the others dispersed throughout the city; notably on the North and South Ogden River Parkway trails.

Lt. Farr said that each of the individuals had shelter for the evening but where graciously accepting of donated clothing items. The leftover donated clothing and blankets will be given to area shelters.