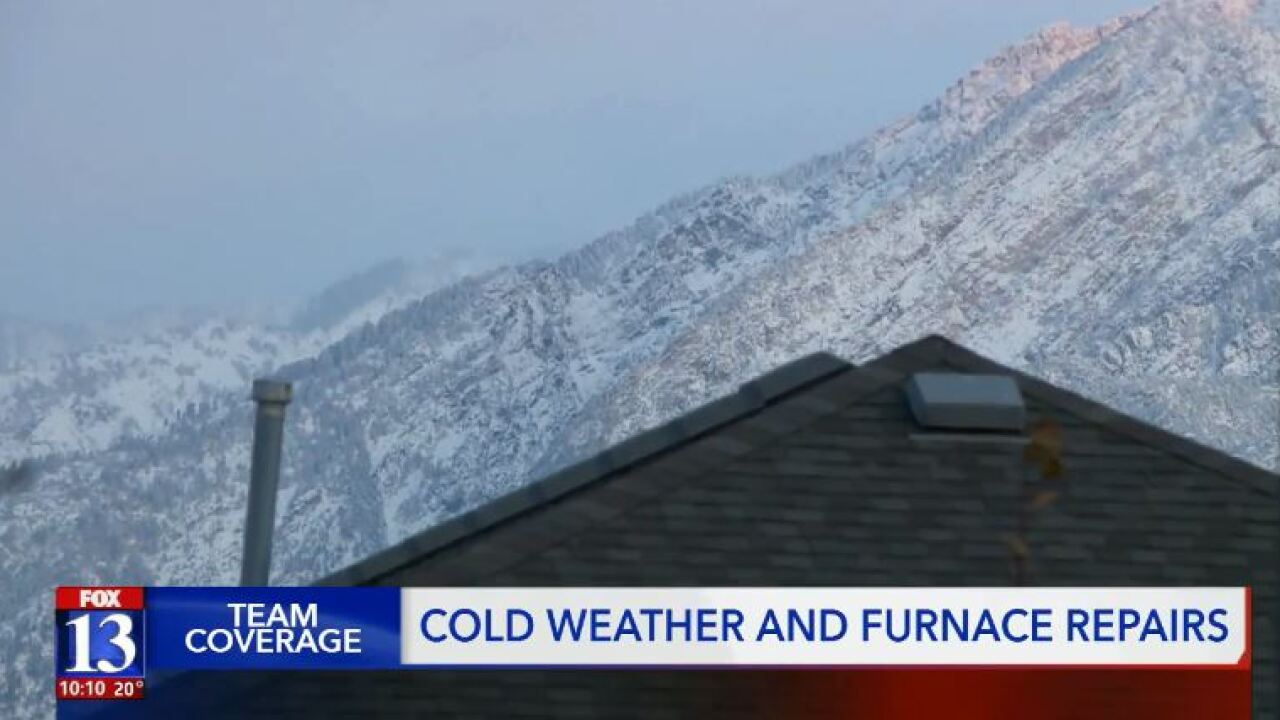 WEST VALLEY CITY, Utah — James Anderson didn’t know exactly why he came home to a cold house on Monday night, but he knew something was wrong.

“First thing I did was come to the thermostat to see if it was running,” Anderson said. "The temperature was lower than what we have it at.”

After checking the thermostat, he went down to the furnace to see if it was running. Other than looking at the exterior, Anderson did what most people would do next: he called a professional.

“I was expecting the worst,” he said.

Fortunately, he found out that the flame sensor was just dirty.

His dilemma is a common one when temperatures take a tumble. Although it’s slightly early for temperatures to be this low along the Wasatch Front, heating and cooling businesses are seeing a rise in business due to the drastic changes.

“Typically, when a customer has no heat to the home we consider that an emergency,” said Michelle Pascale, a customer service representative at Black Diamond Experts. Pascale cited 40 phone calls for emergency service on Monday, which is 10 to 15 more than the daily average.

“There’s a lot of different components in a furnace, kind of like a car,” said Daniel James, the owner of Black Diamond Experts. “Everything needs to be working perfectly for it to run right and so there are a lot of things that could go wrong if things aren’t taken care of right.”

James believes the seasons changed quickly which could be a reason for an uptick in business so quickly. However, he says the beginning of winter when cold temperatures move in is one of the busiest times of the year.

“As soon as everybody starts kicking on their furnaces, that’s when things start breaking,” said James. He recommends regular maintenance scheduled throughout the year, so not only does your furnace work to full operation when it’s needed, but it won’t be as costly.

Here are three things he recommends if you come home to a cold house after previously turning on your heating unit:

If you’ve done these three things, James recommends calling a professional to service the furnace given some of the complexities.