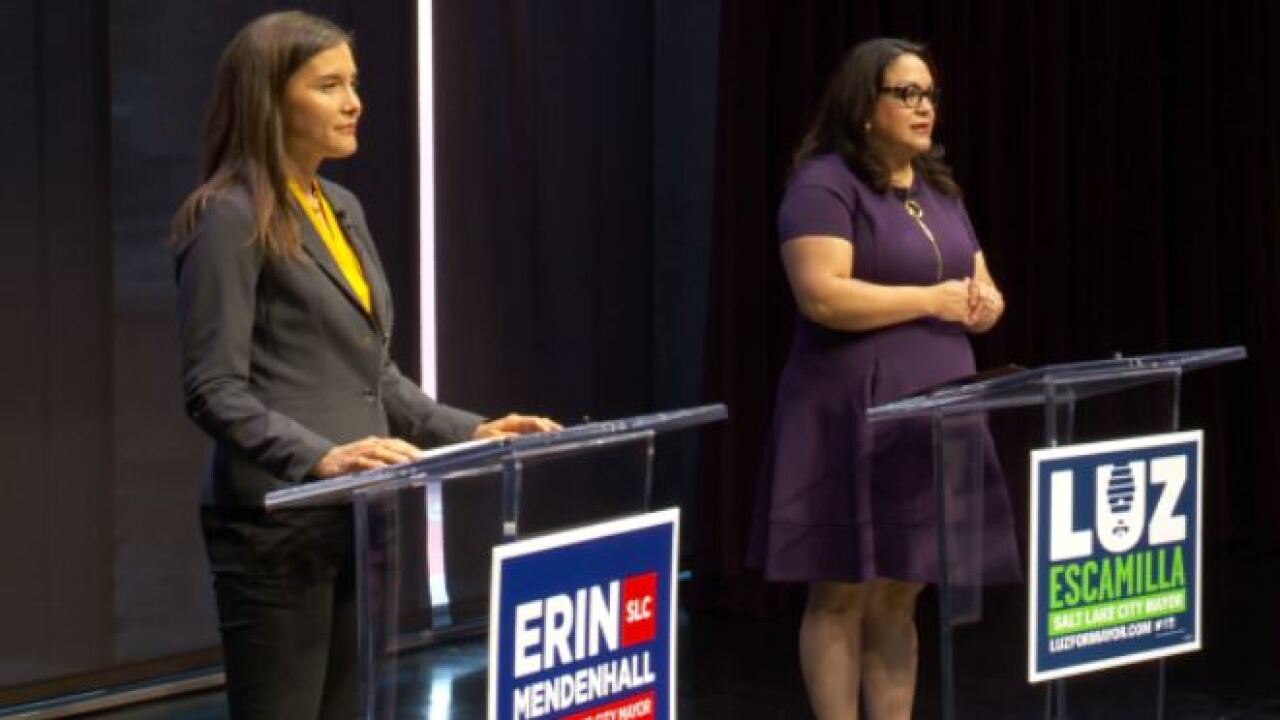 Erin Mendenhall (left) and Luz Escamilla (right) at a debate in Salt Lake City on October 9, 2019

The figures released by the Salt Lake City Recorder’s Office show Mendenhall raised $301,347 since August, eclipsing Luz Escamilla who has raised $189,081. It is a reversal of the eight-person primary election race, where Escamilla had the lead in campaign donations between the two.

Altogether, Escamilla has raised $395,741 in the race and spent $366,794. In a statement, the Escamilla campaign said the bulk of their contributions came from small donations.

“Our grassroots campaign has exceeded our fundraising goals and we feel our campaign is in the financial position needed to finish this campaign strong,” Escamilla’s campaign manager Rudy Miera wrote.

“This feels like another sign that the momentum we started building in the primary is still growing. It’s humbling, but energizing. You don’t buy votes, you earn them, which is why I am walking our neighborhoods and knocking on voters’ doors just about every day at this point to engage voters directly and earn their support,” Mendenhall said in a statement on Tuesday night.