40 Utah firefighters head out to California to help fight fires 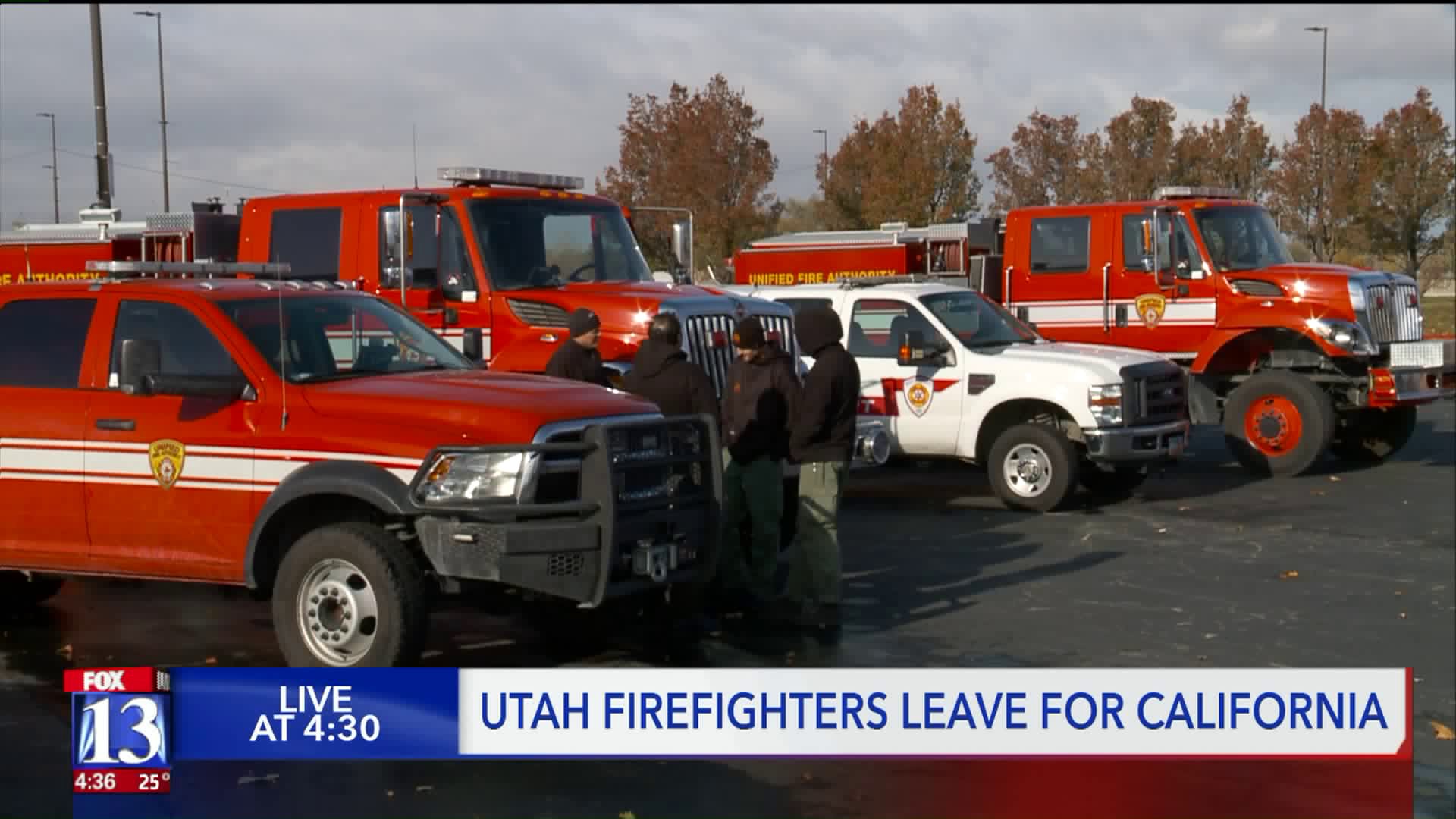 It was a chilly send-off Tuesday morning for about 40 firefighters headed to California to join the 16 other Utah agencies fighting fires. 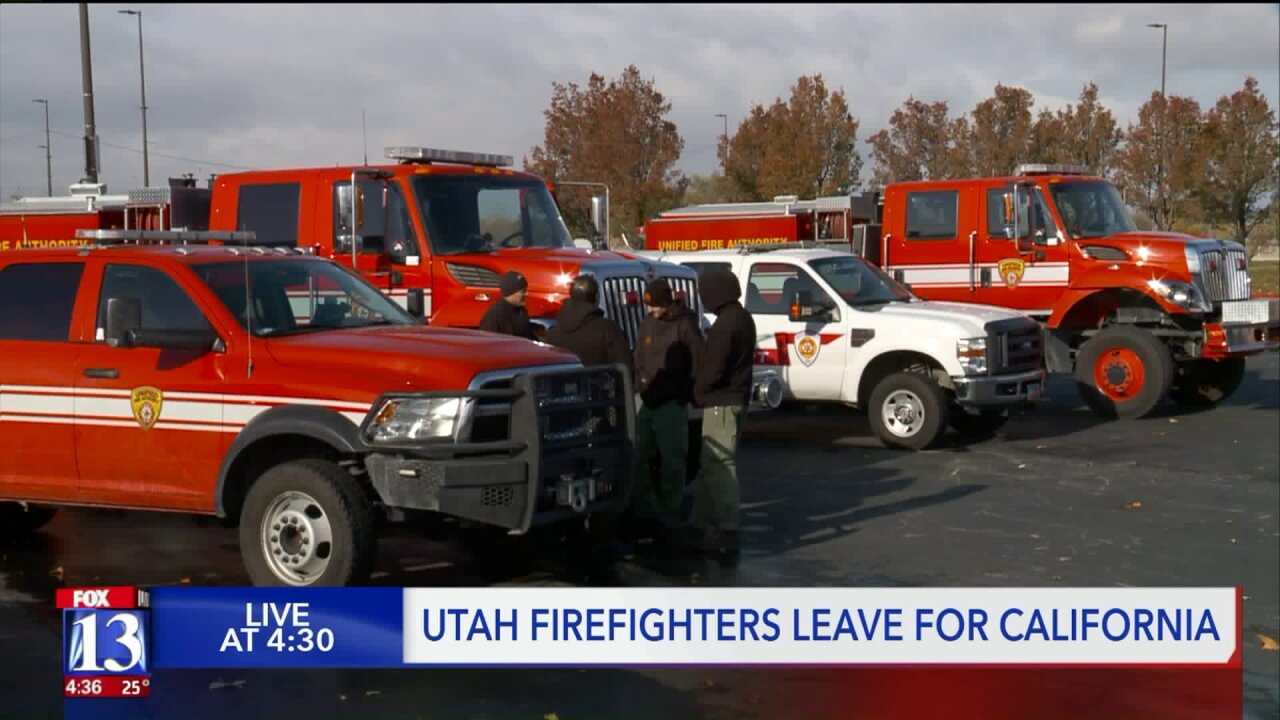 WEST VALLEY CITY, Utah — It was a chilly send-off Tuesday morning for about 40 firefighters headed to California to join the 16 other Utah agencies fighting fires.

Capt. Chad Doyle with the Salt Lake City Fire Department said he found out around 11 p.m. Monday night — it was a scramble to get everything ready.

“Readjusting appointments, schedules, making arrangements with our families and those sorts of things, setting life aside for a short time,” he said.

Doyle said in the next two weeks these firefighters spend together, a bond will form.

“People we’ll never see again, you develop a friendship and a family-like setting, and memories that last forever,” he said.

Assignments will not be made until they reach their command post, almost 1,000 miles away in the Golden State.

These new brothers plan on doing anything to help, whether it’s working in the dispatch centers or fighting the flames on the front lines.

“We’re ready to fight wild and urban interface fires,” Watkins said. “We’re responding with the ability to protect homes from that impingement of fire, or cut line, or diverge that fire from impinging homes.”

Knowing the fire and conditions are constantly changing, Watkins said it’s important to keep in contact with his team members.

“You assimilate your perspective from the information you have. You brief your people. You communicate with your people,” he said. “Topography, how the mountains lay, elevations, all of that changes and we need to communicate and keep everyone abreast of that.”

Facing the dangerous elements is worth it to Watkins, to help their neighbors.

“It’s a different state, but it’s a part of America and that’s what we’re about,” Watkins said. “We’ll go do what we need to do to help them in their time of need.”

These crews plan on being deployed for 14 days, not including travel there and back.