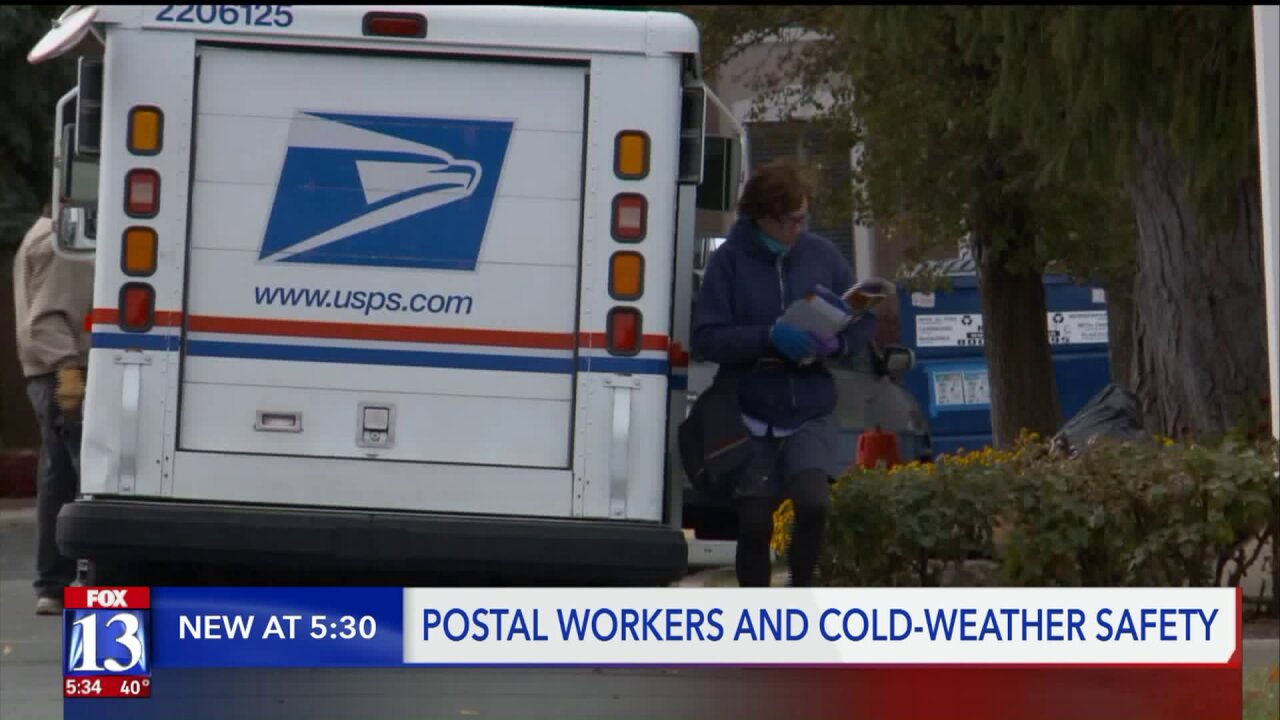 SALT LAKE CITY — As another blast of snow gets ready to move into northern Utah, the U.S. Postal Service is urging homeowners to keep their porches, driveways and sidewalks clear for deliveries.

Many carriers walk several miles a day on their routes. 24-year veteran Holly Chavez said she used to work a route where she walked 10 miles in a day. Some of her colleagues walk up to 13.

In the winter, when it's snowing and the ground freezes over, she explained how it's common for letter carriers to take a hard fall.

"People not shoveling, or people shovel but they don't put ice melter down, and then it turns into a big ice patch and it gets really slippery," she explained.

Chavez said she falls at least once every winter. Sometimes it's on the stairs leading up to a porch, the porch itself, in someone's driveway, or on the sidewalk.

"You have to show your big 'swellbow' when you come back and you've fallen on the stairs and you hit your elbow, or if you hit something else," she said.

She's never been seriously injured, but she's seen co-workers end up with broken bones and life-altering injuries. She said one carrier broke a collar bone, while another broke both arms. One had to quit after hitting her head.

"She slipped on some stairs and hit her head on the stairs," Chavez said. "Afterward she had epilepsy, and so she ended up having to quit. She couldn't do the job anymore... it is crazy."

According to the U.S. Postal Service, Salt Lake City ranks among the top 50 cities for postal carriers to slip, trip and fall.

When a postal worker falls on a driveway or porch because of unsafe conditions, the U.S. Postal Service explained that homeowners could be liable.

That's why they are urging people to take a few steps before the snow hits this winter to make sure delivery paths are safe.

The U.S. Postal Service recommends walking the path your letter carrier takes to find any hazards, and make sure there is adequate lighting.

They ask that homeowners repair hazards like cracks in steps and porches, loose railings or pooling water from poor drainage.

During the winter, the big concern is clearing snow and ice from the sidewalk, driveway, front steps and porch.

For any "trouble houses," Chavez said they hand out warning slips. Not is it only about staying safe, Chavez said it's also about keeping her deliveries on track too.

"Especially if they want to get all their packages on time," she said. "It's hard to do the job if you're injured."