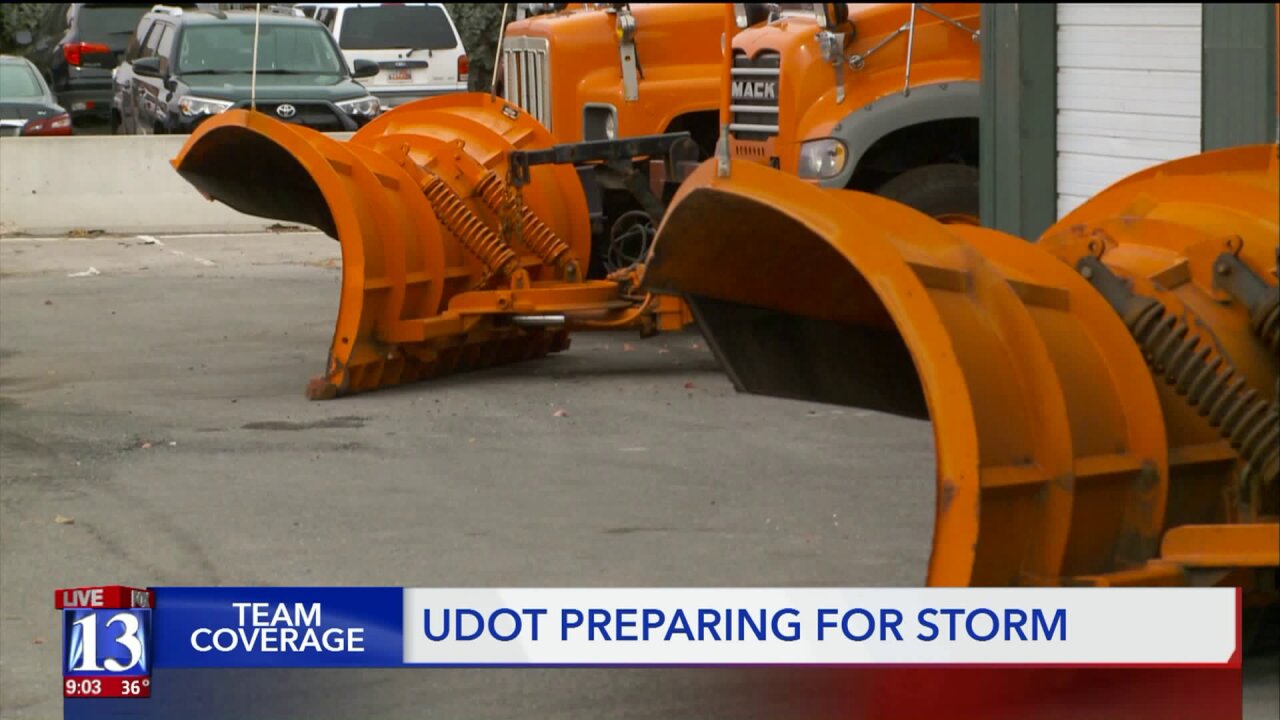 SALT LAKE CITY — An incoming late-October snowstorm has the Utah Department of Transportation road crews prepared and ready for the conditions.

"We're going to be on standby and ready to tackle anything that comes our way. Our crews are going to be well-rested and able to get out there for the duration of this storm,” said UDOT Spokesperson John Gleason. “It is kind of like gameday, preparing for a big game, although it's preseason we're not really expecting a lot with this storm.”

According to Fox 13 Chief Meteorologist Kristen Van Dyke, a winter weather advisory is in effect for the Wasatch Front from midnight to 6 p.m. Tuesday. Snow is likely to impact the morning commute from valley locations through bench and mountain roads as well.

WEATHER ALERT: Winter Weather Advisories have been issued for the Wasatch Front from midnight to 6pm Tuesday. Snow is likely to impact the morning commute along with high winds and the coldest temps of the season so far. #utwx pic.twitter.com/TLKeAEjy0v

Snow is likely to impact the morning commute from valley locations through bench and mountain roads as well.

"Leading into the morning commute tomorrow, any bit of snow that falls has a greater likelihood of actually sticking to the roads," Gleason said. "So it's important for our crews to be out there."

UDOT will use a brine solution to pretreat roads through the overnight and early morning hours. The solution is a salt and water mixture that can lower road surface temperatures by nearly six degrees. That could drastically impact freezing temperatures and give snowplows more time to clear roads.

"It's going to have a much more difficult chance of (snow) actually bonding to the road surface,” said Gleason.

UDOT announced the seasonal closure of the Alpine Loop on Monday and says this snowstorm could potentially determine the closure of other seasonal roads in the state.

Driver Alert: The S.R. 92 Alpine Loop between American Fork Canyon and Sundance Resort is now closed for the season. The loop road will reopen in spring 2020. @UtahDOT @UDOTTRAFFIC

Gleason wants to remind drivers to be cautious around snowplows citing the amounts of accidents each winter went precautions aren’t taken. “We’re asking people to keep their distance,” said Gleason. “The safest place to be in a snowstorm is about 200 yards behind the plows, that gives them room to work and keep you safe as a driver.”