Two reasons why fires hit California so much harder than Utah 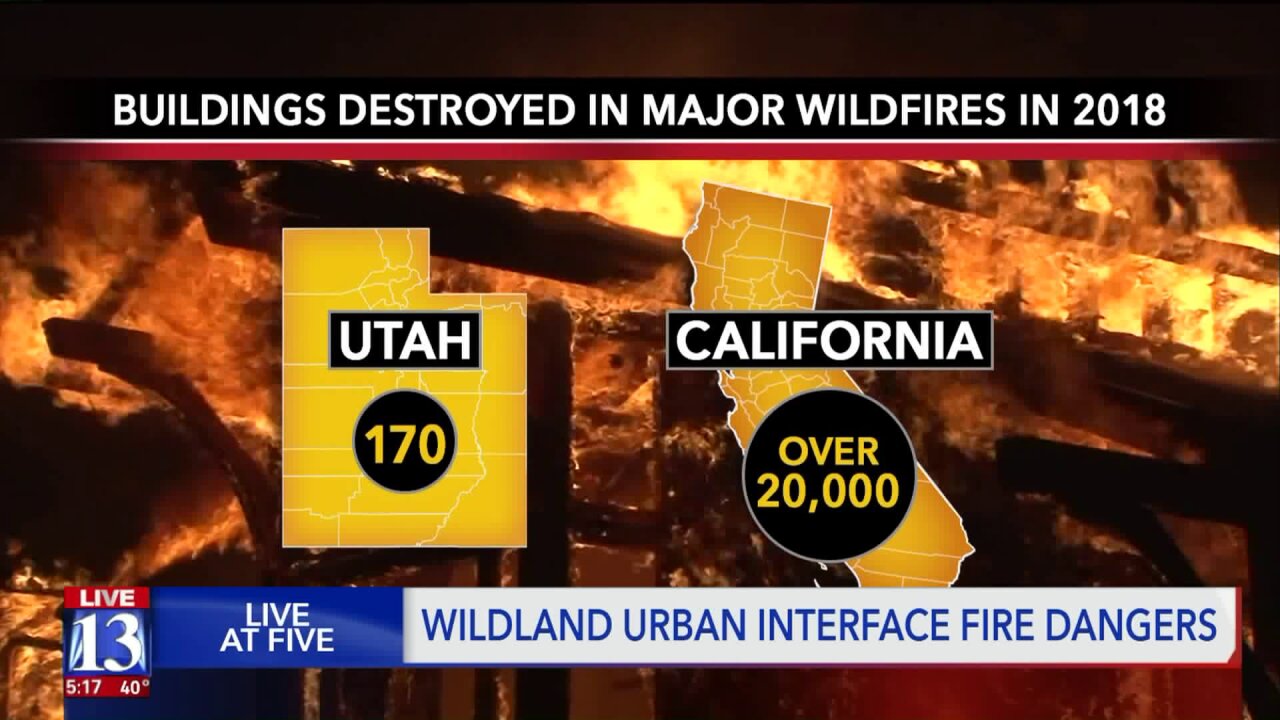 SALT LAKE CITY — Why are wildfires destroying so many homes and taking lives in California compared with other western states like Utah?

The fact is, U.S. government data shows a larger percentage of Utah homes are built in Wildland-Urban Interface areas compared to California homes: 48 to 33 percent respectively.

California’s total landmass is about twice that of Utah.

Think about those facts together…California is more densely built and densely populated…a wildfire in the Golden State far more likely to find a building than one in the Beehive State.

But climate takes that population density factor and multiplies it in two ways.

The second reason: distinctive attributes of California’s climate. Warm autumns and winters combine with Santa Ana winds to give California a second, super-charged fire season that tends to hit the big, coastal urban centers harder than the summer season.

One study published in 2015 found that the Santa Ana season caused 80 percent of the economic losses between 1990 and 2010.