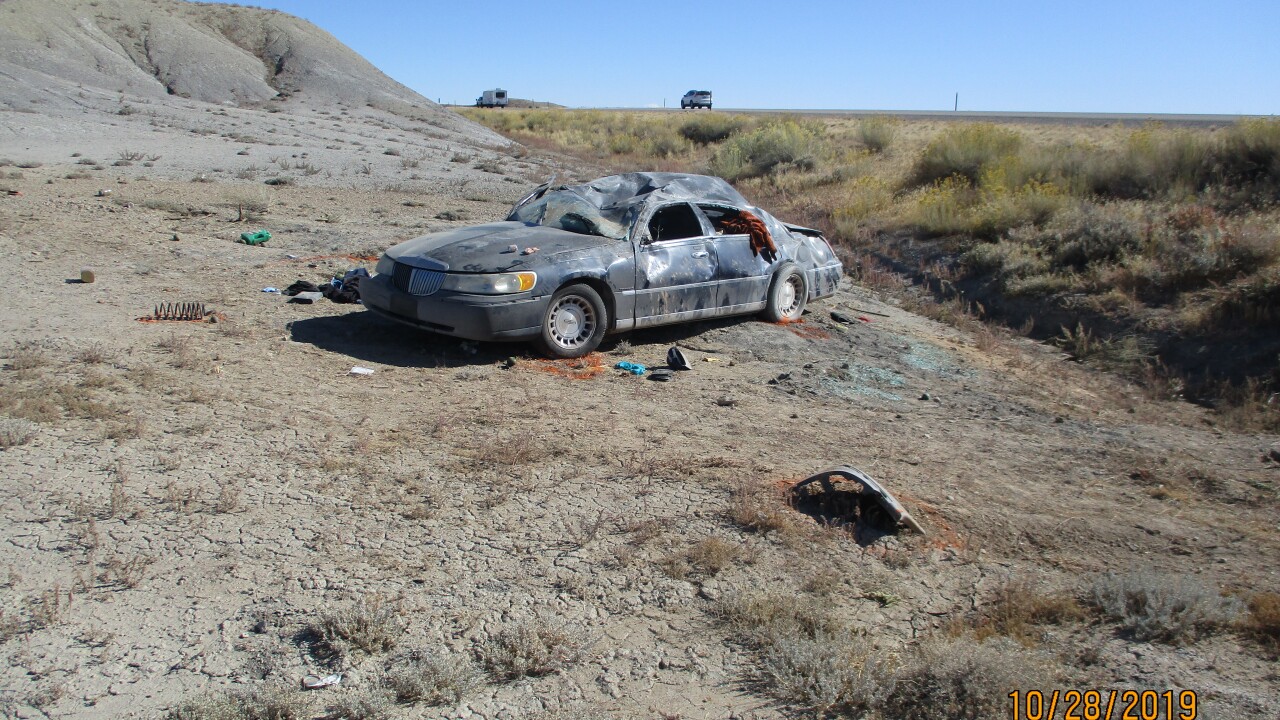 GREEN RIVER, Utah — Just one day after two people were killed in a rollover accident on Interstate 70 near Green River, another person died in a similar accident just a few miles away.

On Monday just after 1 p.m., 83-year-old Douglas R. Hughes, of Fountain Valley, California, was driving a 1999 Lincoln Town Car eastbound on I-70 near milepost 172, about eight miles east of Green River.

According to Utah Highway Patrol, the vehicle went off the road onto the right shoulder, then the driver steered back across both eastbound lanes. It then overturned in the median, landed on its roof and trapped Hughes inside.

Troopers say the roof collapsed on him, and although he was wearing a seatbelt, he died from his injuries after first responders administered CPR.

No other vehicles were involved.

The accident occurred just four miles from a similar crash on Sunday along the same route.