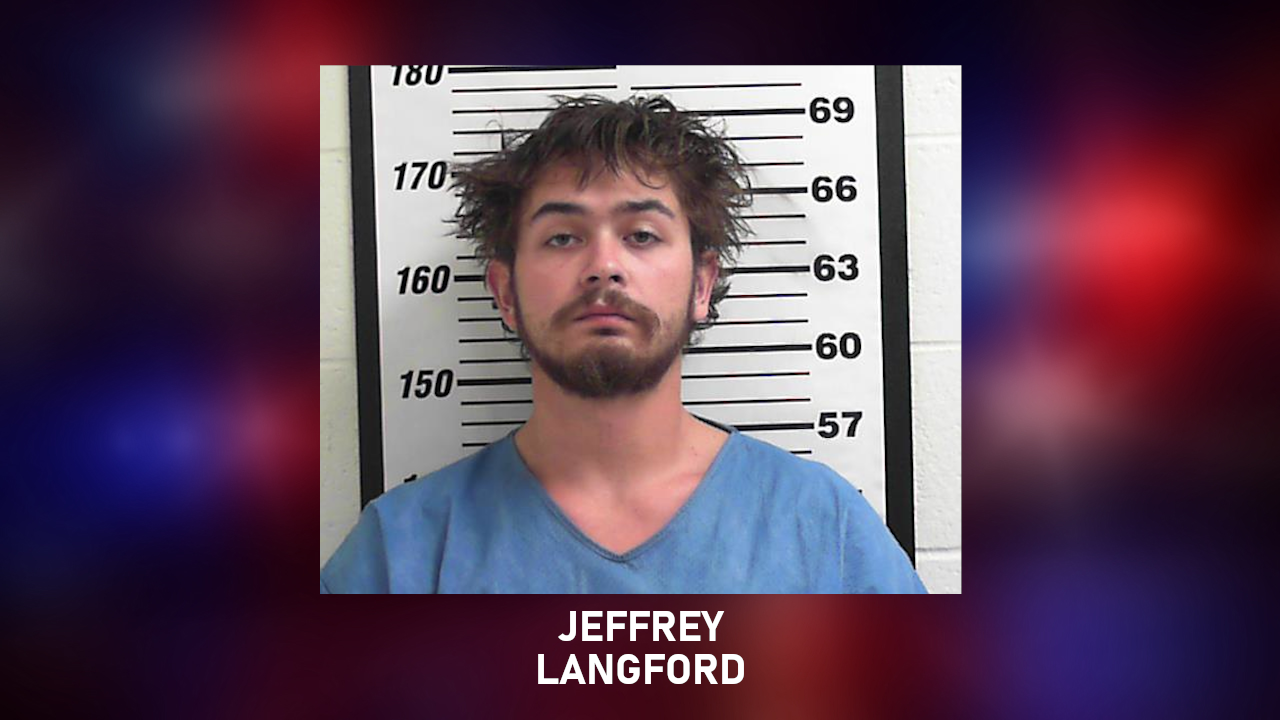 Jeffrey Langford, arrested on suspicion of murdering his mother.

FARMINGTON, Utah –  A Davis County man was arrested Saturday and booked into the Davis County Jail on suspicion of murdering his mother and streaming live video from the scene on Facebook.

North Salt Lake Patrol Officers were dispatched to a home on a report that a woman had shot herself, but according to a probable cause statement, the officers were also advised that 24-year-old Jeffrey Antonio Langford Jr. had posted a live video showing the woman apparently deceased, and said that he was not going to jail.

When officers arrived, Langford exited the apartment with what appeared to be blood on his face and clothing. He told the officers that he and his mother had been drinking and that she had shot herself in the head.

After interviewing Langford, and studying three separate videos he had posted to Facebook, they determined it wasn’t possible that the woman had shot herself.

In one of the videos, the woman appeared to still be alive and Langford was heard saying that she’s not dead and that he would have to finish it.

A revolver was in the woman’s hand, but detectives determined that the woman seen in the video would not have had the strength or the wherewith all to shoot herself.

The gun was also cocked, and there were three spent casings in another room. Langford said the gun was cocked because he was going to kill himself.

Based on evidence the woman had suffered at least one gunshot wound and maybe more,  and due to inconsistencies with Langford’s story and the evidence, detectives arrested him.

He was booked on suspicion of first degree felony murder, second degree felony obstruction of justice, and a misdemeanor count of carrying a dangerous weapon under the influence of alcohol and/or drugs.