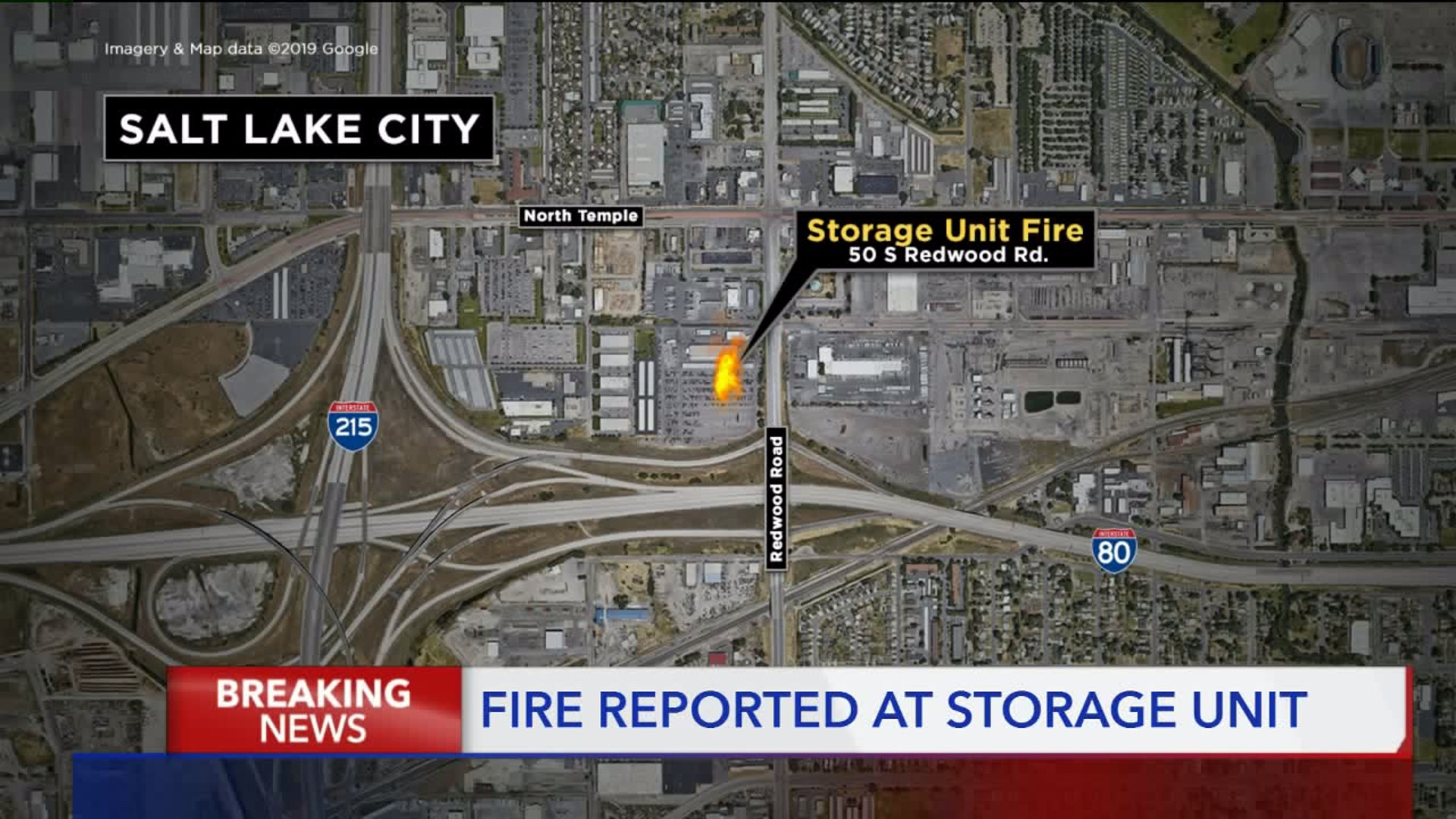 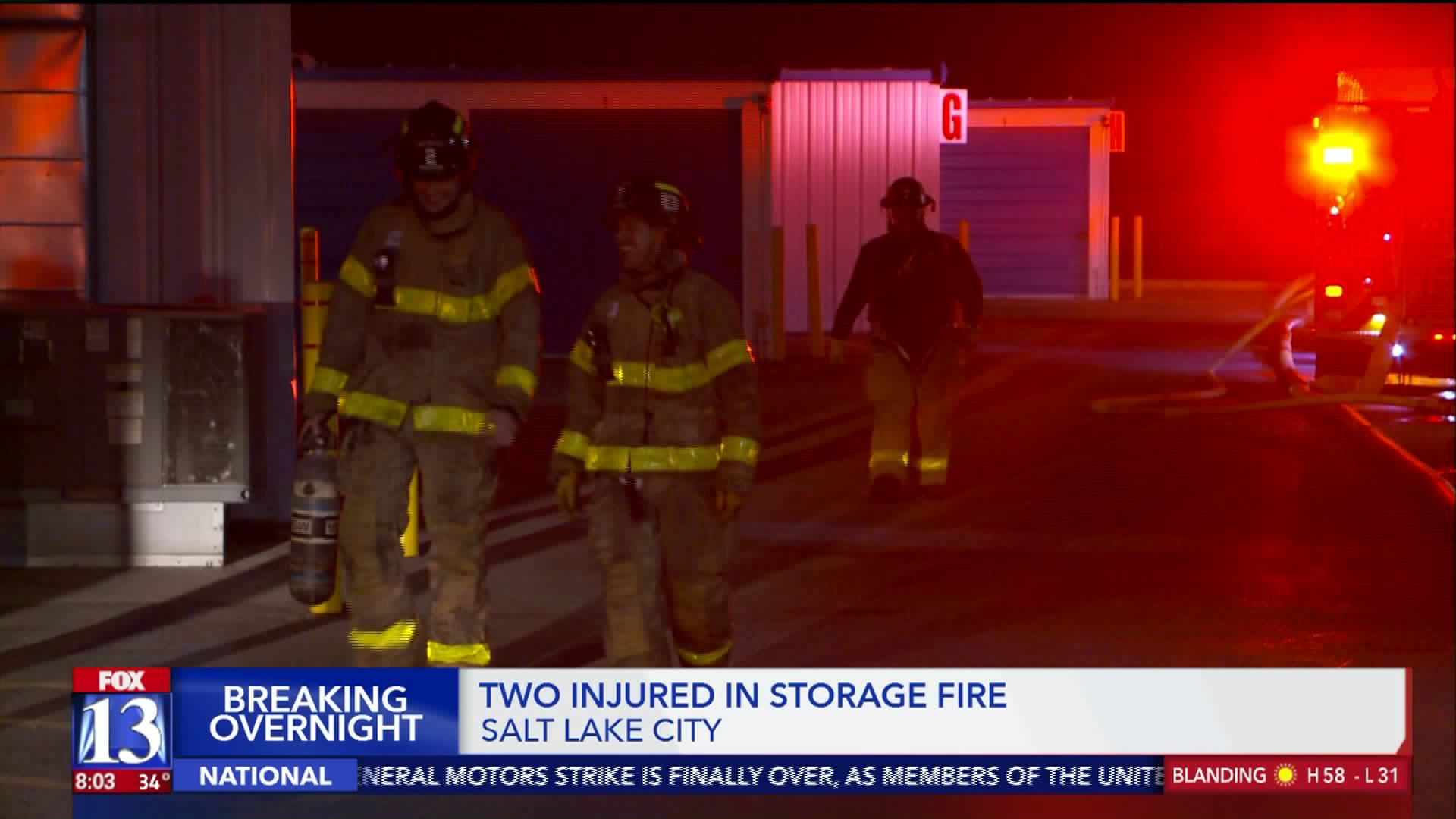 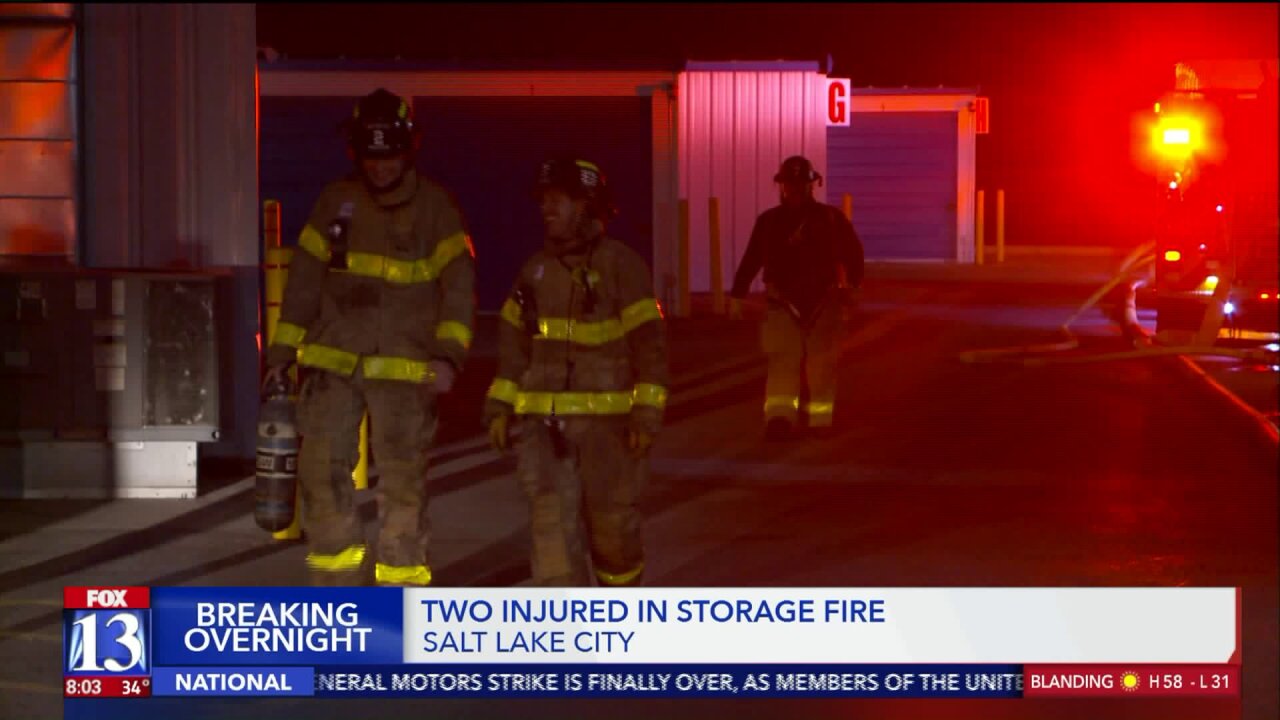 SALT LAKE CITY -- Two people described by investigators as possible "squatters" were burned in a fire at a storage unit in Salt Lake City Saturday night.

Firefighters responded to the fire at the Diamond Self-Storage units at 50 S. Redwood Road around 9:45 p.m.

They made an aggressive attack and had knocked down the fire before realizing that two people had been hurt.

One had suffered serious burns but the other refused transportation to a hospital and was in fair condition.

Investigators could only confirm that the two were in the storage unit when it caught fire.

"There's some reports from the manager that not necessarily this specific unit, but other units have had people using the facility as a place to squat or as a place to habitate," Captain Adam Archuleta with the Salt Lake City Fire Department said. "However, through our investigation, we'll work to determine if that's the specifics for tonight's case."

Archuleta said it is unusual to have the premises occupied as they were at that time of night.

The fire spread to multiple units on the sides and to the back of where it originated.