To get in the Halloween spirit, take a ‘Ghost Tour’ at the Fort Douglas Military Museum 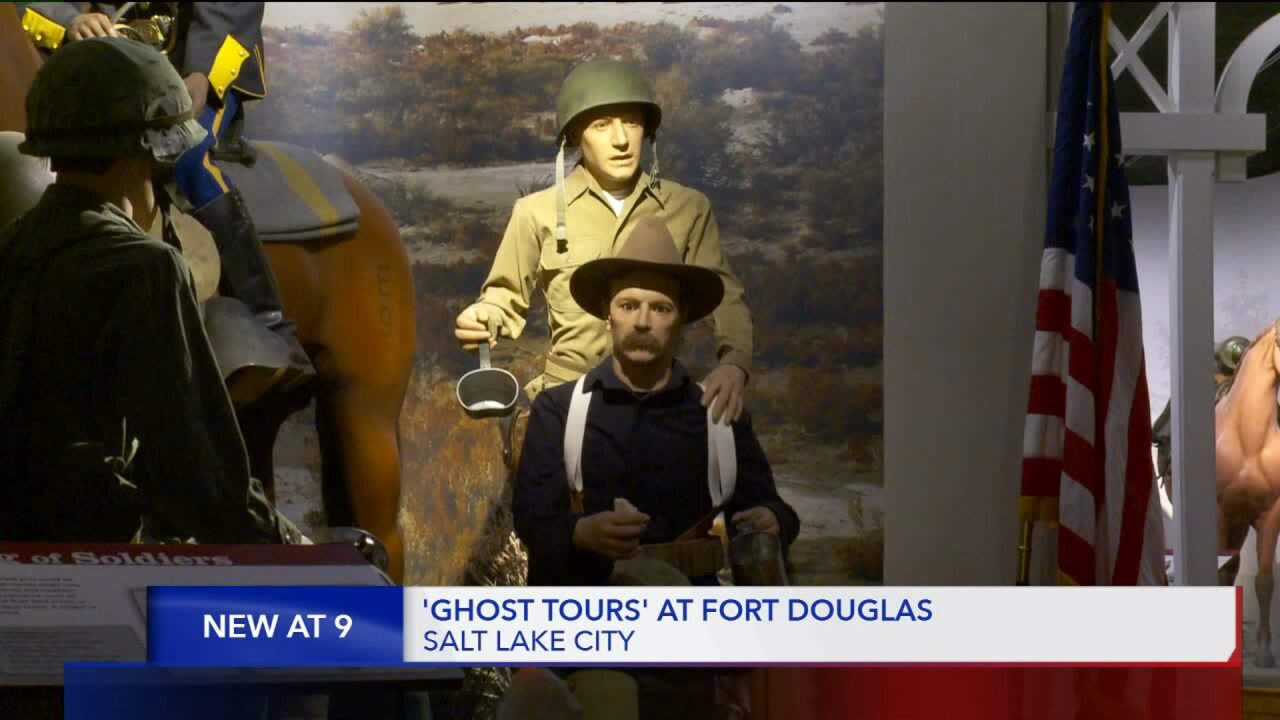 SALT LAKE CITY, Utah — One of Utah’s oldest US Army posts holds more than just history. The Fort Douglas Military Museum on the University of Utah campus is said to be the site of several hauntings dating back to the Civil War.

Military soldiers first came to the fort in 1864. In the main museum building, historic graffiti from the 1800s are on the walls, as well as a self portrait from 1935.

"It brings up this different connection to the past, those who came before us,” Fort Douglas Military Museum Director Beau Burgess said.

"I’ll walk past an office and swear I see someone sitting in a chair. I’ll glance over and there is nobody there. It’s like, I know I saw somebody sitting there,” Burgess said.

The fort’s most famous resident ghost a civil-war era soldier named Clem. Some people report a full-body apparition in his blue uniform.

"I’ve heard just boots slowly walking around just clinking on the wooden floor in a big open room, and I’ll sit there, hold on, somebody’s walking around in here and I’m the only one in here,” Burgess said.

Just last month, volunteer Karissa Nelson heard the back door open, close and then footsteps down the hall. She said no one was in that part of the building.

"It was so distinctive, I don’t know. I can’t explain it,” Nelson said.

The experiences also attract ghost hunters. One crew captured the spirit of a child in one of the windows. Many recorded voices speaking German, only to learn later the museum building was a prisoner of war hospital during the World Wars.

"It’s really a big deal for people to come here and make contact with the paranormal,” Burgess said.

The FOX13 News crew filing this story also had personal experiences, including hearing a voice and footsteps.

Some critics argue the museum is exploiting the lives of those who’ve gone before, by allowing paranormal investigations and grave tours.

Burgess said the experiences become part of the history.

"I think it’s important to collect these ghost stories, these paranormal stories and share them. Folklore and things people believe whether you believe they are true or not are part of history,” Burgess said.

The museum is hosting a Fort Douglas Post Cemetery Tour for kids and adults to learn about Utah’s military history on Saturday, October 26.

The museum is located at 431 South Chipeta Way in Salt Lake City.