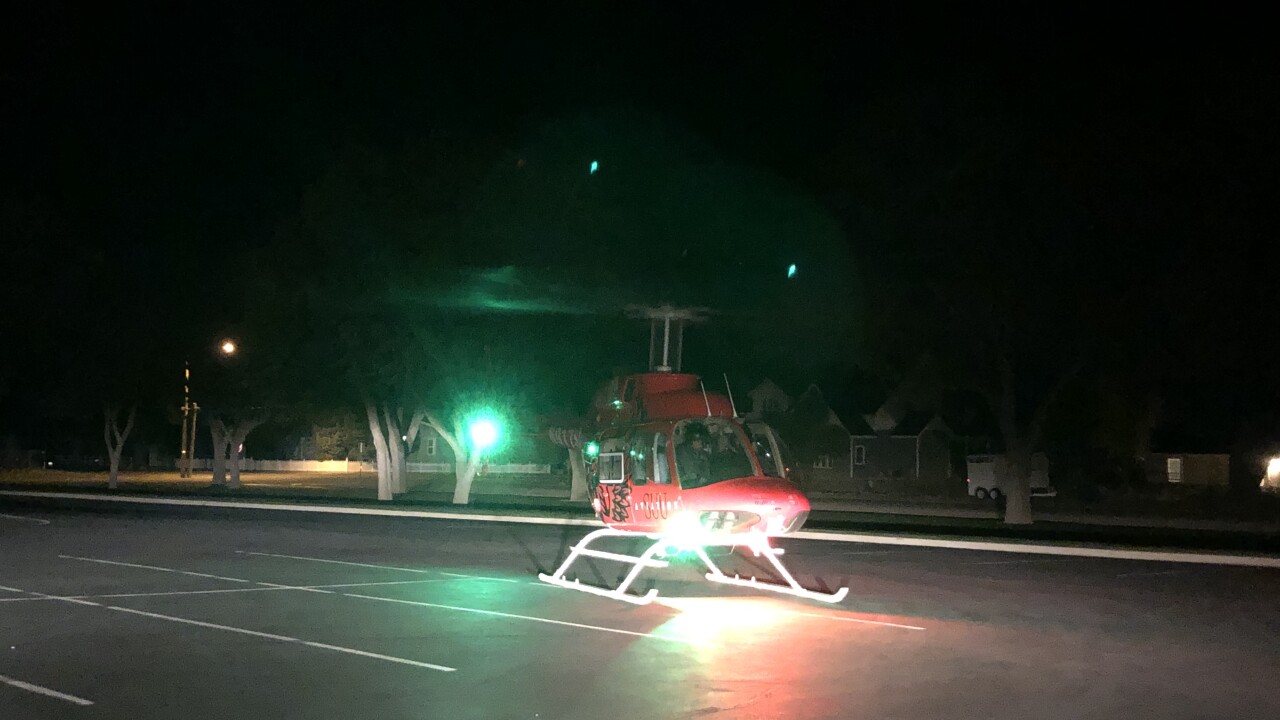 UPDATE: Both hikers were rescued safely as of 8:35 a.m.

“All Rescuers are safe as well. We are pleased with the combined efforts of all involved and the successful operation.”

IRON COUNTY, Utah — Search and rescue crews have located a pair of overdue hikers who got stuck in a hole while rappelling and are working to bring them out safely.

According to the Iron County Sheriff’s Office, a 46-year-old man and a 45-year-old woman left around 1 p.m. Thursday to hike from the top of Kanarra Falls to the bottom.

The route includes multiple spots where rappelling is necessary.

Family members called police shortly before 10 p.m. Thursday after the pair did not return to their car as planned.

Search teams assisted by SUU Aviation were able to locate the pair in a slot canyon using night vision, and rescuers were flown into the area.

“It was discovered they had rapelled into a hole and due to removing their rope after their rappel they had no way to get out of the area,” the sheriff’s office states.

As of Friday morning, crews are still working to bring both people out of the area. Both are in good condition.

“This is a good reminder of telling people where you are going and what time you will be back,” the sheriff’s office states. “Those hiking in the backcountry should be prepared to spend the night if needed. Due to the drastic change in temperatures this time of year, hikes should prepare for these changes as well.”