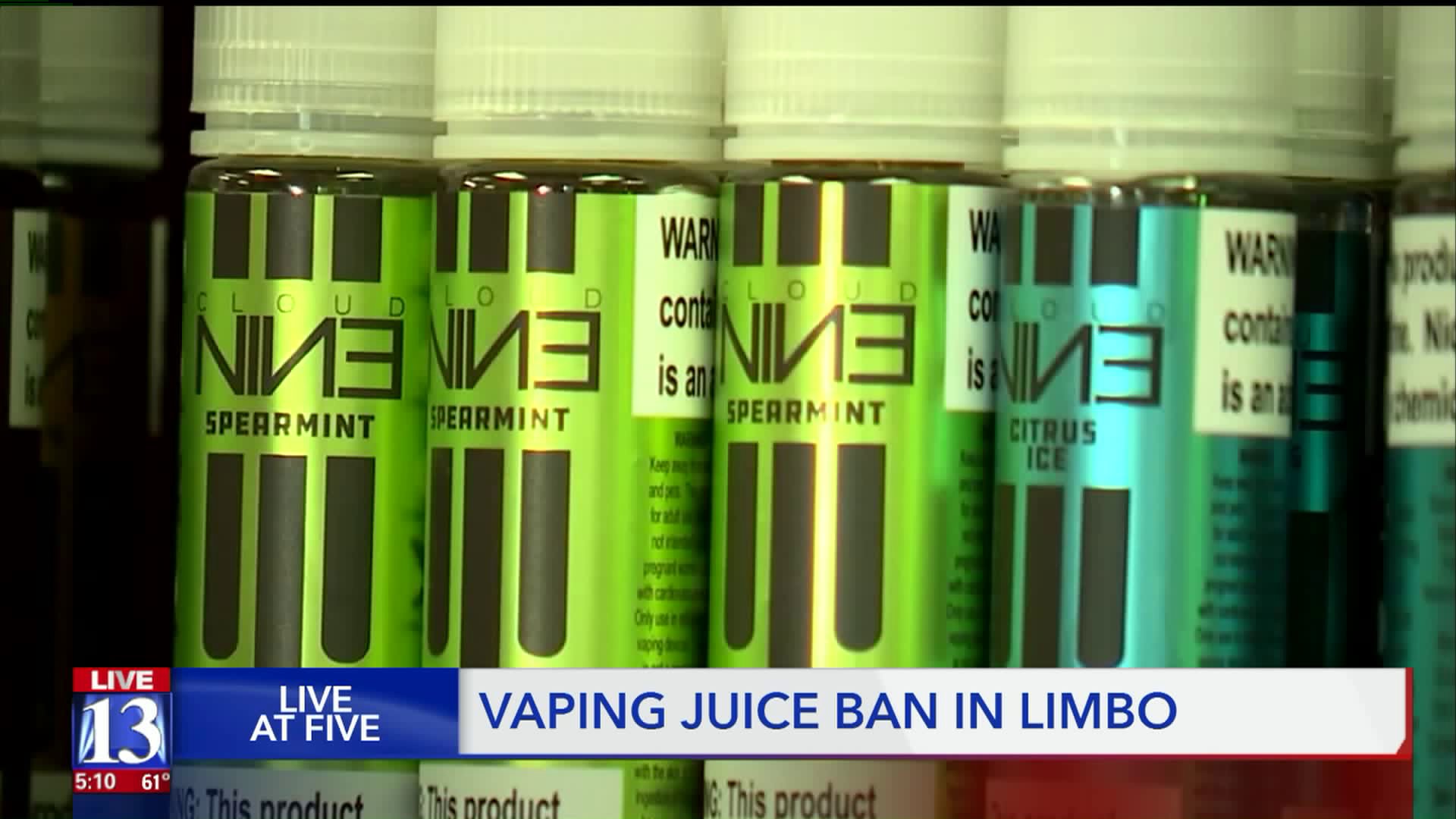 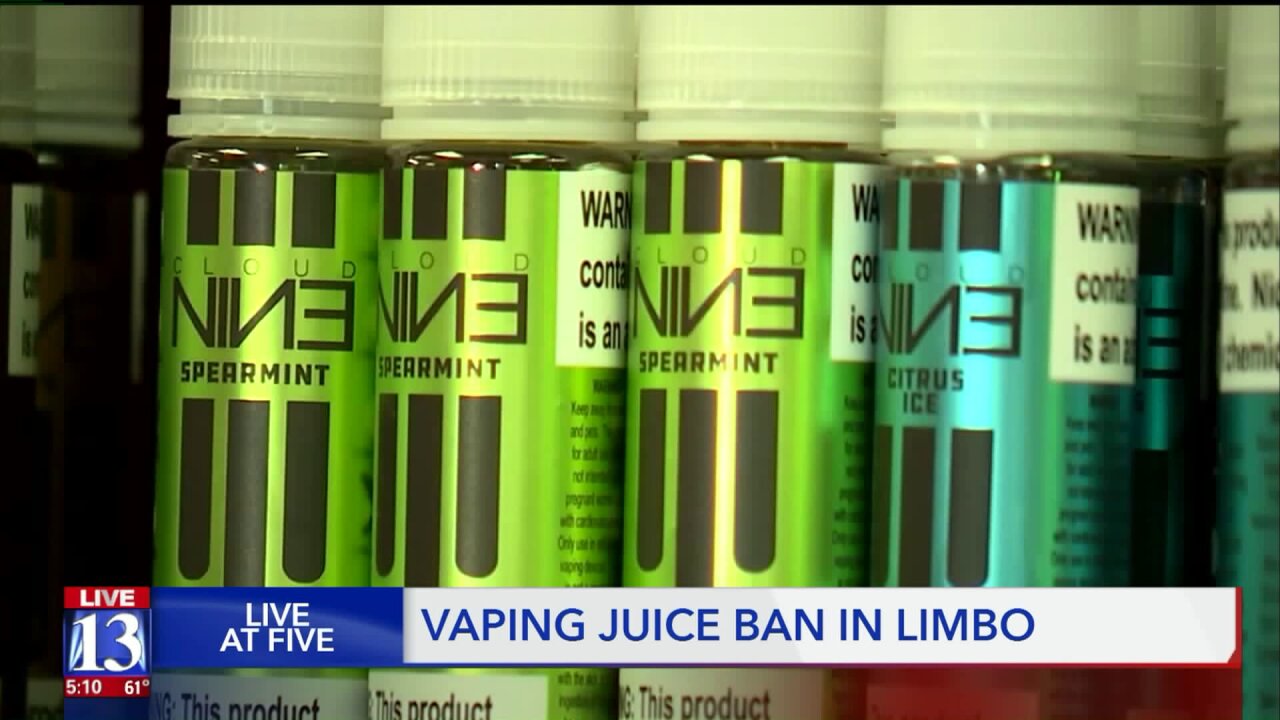 SALT LAKE CITY -- A judge will issue a ruling Monday morning on whether to grant a restraining order blocking a ban on the sale of flavored vape juices and other e-cigarette products.

Vape shops are seeking an emergency injunction, blocking the Utah Department of Health's emergency rule from being carried out. After a hearing on Friday, Third District Court Judge Keith Kelly said he wanted the weekend to deliberate.

Vape shops sued after the Utah Department of Health implemented the rule, blocking non-licensed specialty tobacco shops from selling flavored e-cigarette products. The agency argued it was to help stem an outbreak of vaping-related illnesses. So far, 98 cases have been reported in Utah alone.

But Judge Kelly questioned the "emergency."

"What in these findings suggest... it couldn't have waited a couple months for you to go through your normal rule-making process?" he asked David McKnight, an assistant Utah Attorney General representing the Utah Department of Health.

"That's the finding they made," McKnight replied, adding health officials saw the outbreak and "responded the best way they can."

He claimed that while the vaping of illegal THC cartridges was a component, health officials still believed many cases involved regular nicotine juice cartridges.

The vape shops' attorney argued there is no "emergency" and the rule puts as many as 680 small businesses statewide at risk of economic harm.  The outbreak, they argued, was tied to the vaping of illegal THC products and not flavored juices.

"There’s no emergency with relation to our client’s products. There is an emergency with THC. But that’s not what we sell," said Phil Dyer, representing the vape shops.

Since the rule went into place on Monday, any general retailer that sold e-cigarette and vaping products would be forbidden from selling flavored juices, if local health departments enforced the ban. Dyer argued to the judge that as much as $800,000 in merchandise couldn't be sold.

Vaping product sellers filled the courtroom to observe the proceedings. Some were fearing a significant loss of business if the judge upheld the emergency rule.

"It’s going to be a slow weekend," said Juan Bravo, the head of the Utah Vapor Business Association and a plaintiff in the lawsuit. "My business is down. Between the public health crisis we saw a 30% drop and now I’m unable to sell 35% of my inventory. That’s a 65% drop. So we’re not having a good time right now."